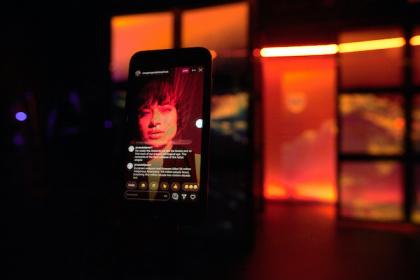 Please note: This event is fully virtual and does not have an in-person experience.  Please do not travel to The Clarice for this performance.

Around the world, the gap between rich and poor continues to widen. Images of the children of the elite and of post-colonial dictatorships often feature cash and seaside holidays while the working population suffers under sanctions and dictatorships. In this virtual presentation, The Javaad Alipoor Company’s Rich Kids: A History of Shopping Malls in Tehran explores entitlement and greedy consumption, as well as the role of digital technology, in creating this new apartheid and gentrification. As the performance is completely live streamed, audiences can access the performance from the comfort of their own homes with a supplemental experience on Instagram that is not required, but highly recommended!

Always taking stories beyond the stage through powerful multi-platform creations, The Javaad Alipoor Company explores the intersection of politics and technology in our ever-changing world. The company is devoted to creating works for diverse audiences and communities, and their 2021-22 virtual visit with The Clarice will include an Arts Citizenship Talk (ACTnow), visits to the UMD School of Theatre, Dance, and Performance Studies and a dynamic partnership with UMD’s Roshan Institute for Persian Studies. In 2017, the company began writing a trilogy that highlights society’s fracturing identities and technology’s impact on the world; Rich Kids is the second installment.

HOW AND WHERE TO WATCH

This livestream will not be presented on The Clarice’s Vimeo platform. The performance will be streamed through a YouTube link hosted by Javaad Alipoor Company. Ticket holders will receive access links to their email. As you stream the event, we invite you to follow simultaneously on instagram to enhance your viewing experience by following @shoppingmallsintehran, where artists will facilitate additional interactive components.

The Javaad Alipoor Company takes stories beyond the stage through powerful multi-platform creations that explore the intersection of politics and technology in the contemporary world. Established in 201, it stands on the shoulders of Northern Lines, the first company founded by Javaad Alipoor–a British-Iranian, Manchester-based and Bradford-built artist and writer–and retains its commitment to making new work with diverse artists for diverse audiences and communities.

In 2017, Javaad began writing a trilogy of plays about how technology, resentment and fracturing identities are changing the world. The Believers Are But Brothers (2017) opened in Edinburgh where it won a Fringe First Award, before transferring to London’s Bush Theatre. It has toured nationally and internationally, and in 2019 was commissioned for television by the BBC and The Space, and adapted and produced by the company as its first screen project. The play’s sequel–Rich Kids: A History of Shopping Malls in Tehran (2019)–premiered at the Traverse Theatre, winning a Fringe First Award. Its London transfer and subsequent national tour was postponed by COVID-19, inspiring the creation of a new digital version for online audiences. This new version was commissioned by Battersea Arts Centre and Norfolk & Norwich Festival and has been shown by a wide range of national and international partners including The Traverse Theatre (Edinburgh), HOME Manchester, Oxford Playhouse, Amata (Falmouth), Leicester University, Under The Radar at The Public Theater (New York), Electric Dreams Festival (London) and the Sundance Film Festival.

The Company is supported by Arts Council England’s Elevate programme and is an Associate Company of HOME, Manchester.

In 2017, he began writing a trilogy of plays about how digital technology, resentment and fracturing identities are changing the world. The Believers Are But Brothers, described as “one of the most fascinating shows I have seen in an age” (The Financial Times) excavated the stories of young men at the extremes of hyperreality. It opened at Summerhall in Edinburgh in 2017 where it won a Fringe First Award, before transferring to London’s Bush Theatre. It has toured nationally and internationally over the last four years, and in 2019 was adapted for television by the BBC and The Space.

Its sequel–Rich Kids: A History of Shopping Malls in Tehran–“breaks all the rules of theatre behaviour” (The Times) and premiered at the Traverse Theatre in 2019, winning a Fringe First Award. Its London transfer to Battersea Arts Centre in early 2020 and subsequent national tour was postponed by the COVID-19 pandemic inspiring the creation of a new digital version for online audiences which has toured virtually to HOME Manchester, Oxford Playhouse, Electric Dreams Festival and Under The Radar at The Public Theater.

Other recent projects he has created for The Javaad Alipoor Company include: What Is A Muslim? a digital collaboration with graphic artist and calligrapher Razwan Ul-Haq, exploring Muslim identity and political geography with a group of young men of Muslim heritage in the Paddington area of London; and The Colour of Our Politics, a podcast series exploring how anti-racism in the United Kingdom today has been shaped by a long history of activism and resistance, created with Tanya Vital.

He was a founder member of the International Alliance in Support of Iranian Workers and The Syria Solidarity Campaign and the Bradford-based pro-European Union Migrant organization #BradfordSaysEveryoneStays.

Javaad's writing about international politics, cultural policy and art has been featured in The Guardian, The Independent and The Stage. His plays are published by Oberon and his poetry by Art in Unusual Places.

Kirsty Housley is a director, writer and dramaturg. She won the Oxford Samuel Beckett Theatre Trust Award in 2003 for Cue Deadly: A Live Film Project and was twice nominated for The Stage’s Innovation Award, winning in 2017 for The Encounter.

She has worked with Javaad Alipoor since 2017 on The Believers Are But Brothers as Director and Rich Kids: A History of Shopping Malls in Tehran as Co-Creator.

Other recent work includes creating The Long Goodbye with Riz Ahmed for Manchester International Festival /BAM; Mephisto (A Rhapsody) at The Gate Theatre (director); Tao of Glass for Manchester International Festival (co-director); Avalanche: A Love Story at The Barbican and Sydney Theatre (dramaturg); Phillip Pullman’s Grimm Tales at The Unicorn (director); I’m a Phoenix, Bitch for Bryony Kimmings (director); Misty at The Bush and in the West End (dramaturg); Myth at the RSC (co-written with Matt Hartley); A Pacifist’s Guide to the War on Cancer for Complicite, National Theatre and HOME Manchester (as dramaturg in 2017, and as writer-director on its 2018 international tour), The Encounter for Complicite (co-director); Wanted and 9 for Chris Goode and Company, Transform Festival and West Yorkshire Playhouse (co-director); Walking the Tightrope for Offstage and Theatre Uncut; All I Want for Live Theatre, Leeds Libraries and Jackson’s Lane; Mass for Amy Mason at Bristol Old Vic and Camden Peoples Theatre; The Beauty Project and Theatre Uncut 2012 at the Young Vic; How to be Immortal for Penny Dreadful at Soho Theatre and on tour; Bandages at the Corn Exchange Newbury and on tour; Thirsty for The Paper Birds; and Blue Jam for Etcetera Theatre Company.

"I had become fatigued after such a long period of watching performances meant for the stage through a livestream. Javaad’s piece caught my eye because it was made for virtual spaces. I was not disappointed. I found this piece to be incredibly compelling! While the subject matter is complicated and at times difficult to navigate, this piece is the work of a young artist with deep intellect and creativity. From ancient Persian history to our current climate change crisis, and through the frame of storytelling, photographs and a relentless soundscore, this piece will make you think, ask questions and be curious about everything addressed in the piece."

The global gap between rich and poor grows. As the world is decaying, the spawn of the powerful dance like everyone is watching. From the company behind the award-winningThe Believers Are But Brothers, this is a darkly comedic, urgent new play about entitlement, consumption and digital technology, exploring cycles of historic decline and rebirth and the ways societies try to reproduce themselves. Winner of the 2019 Scotsman Fringe First Award and written by artist, writer and activist Javaad Alipoor,RICH KIDS asks audiences to use Instagram to explore what’s happening in the world around in an interactive, innovative new way. 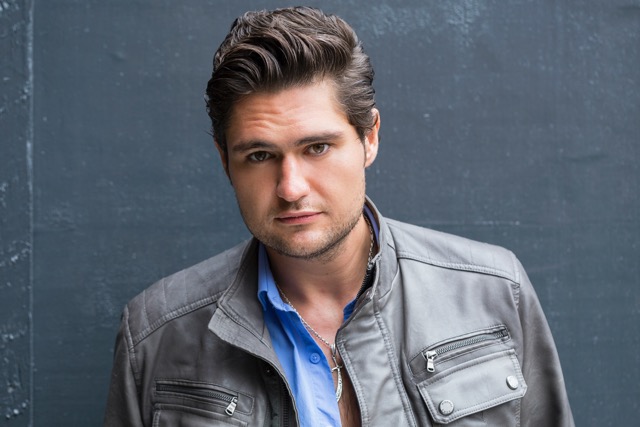 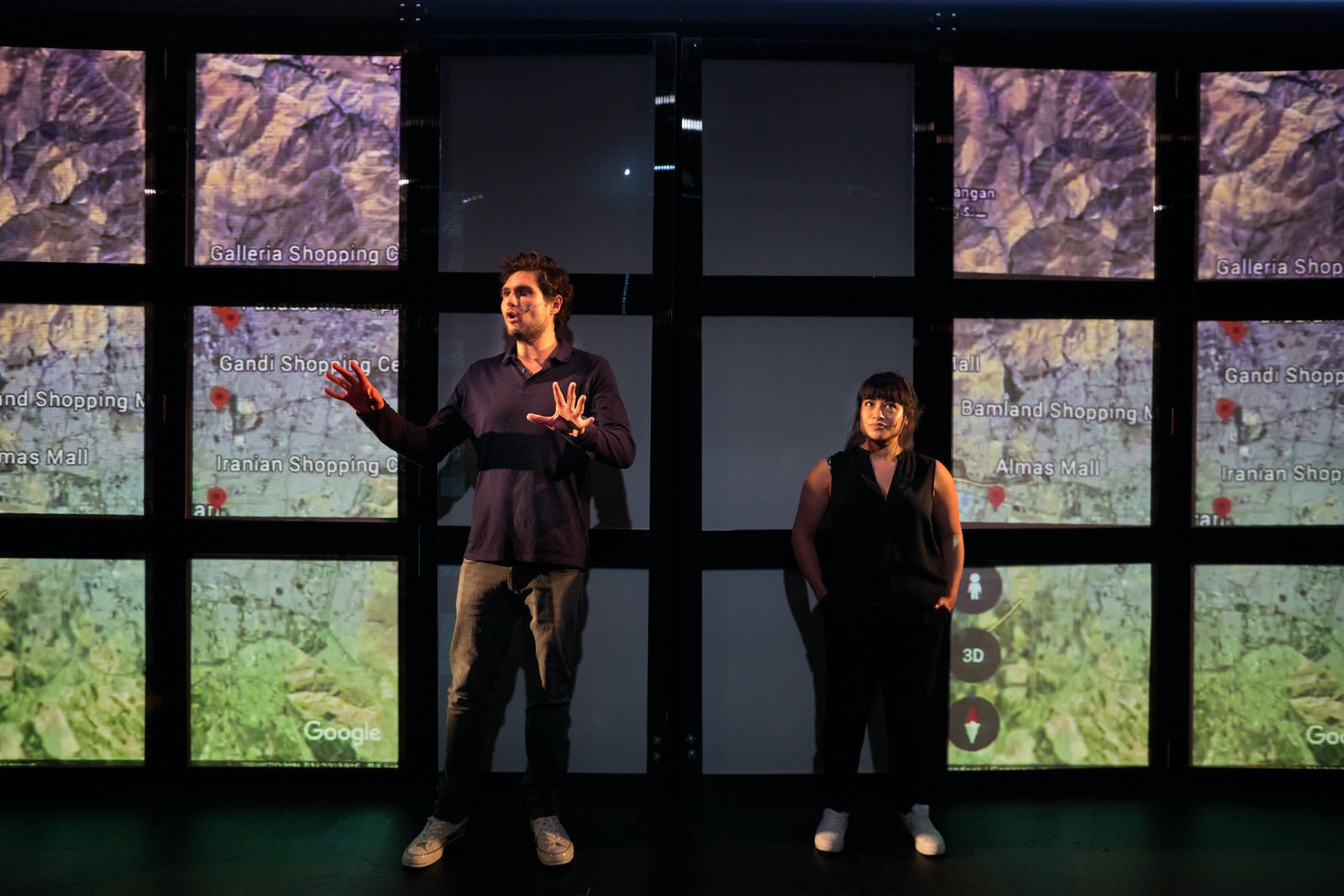 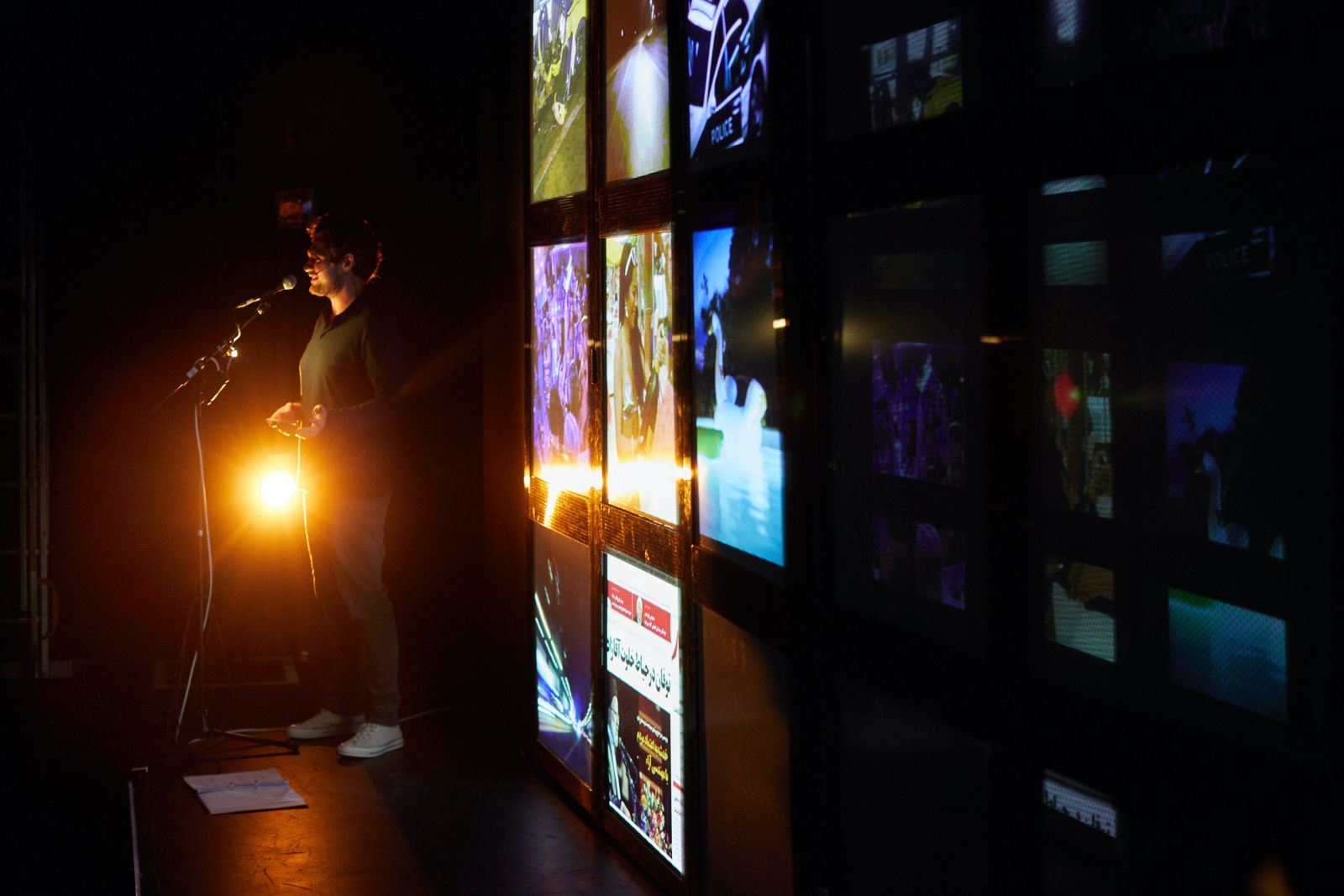 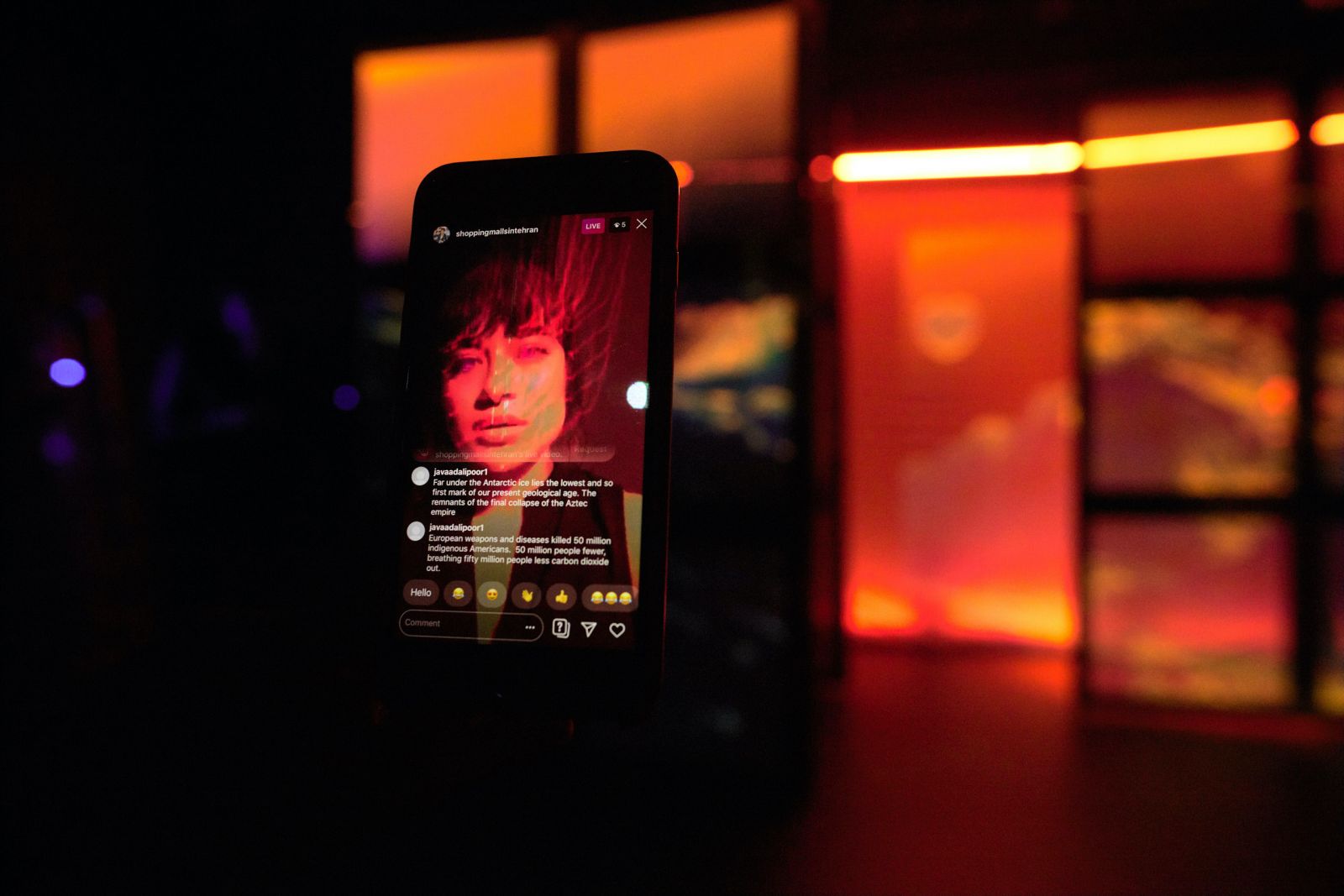 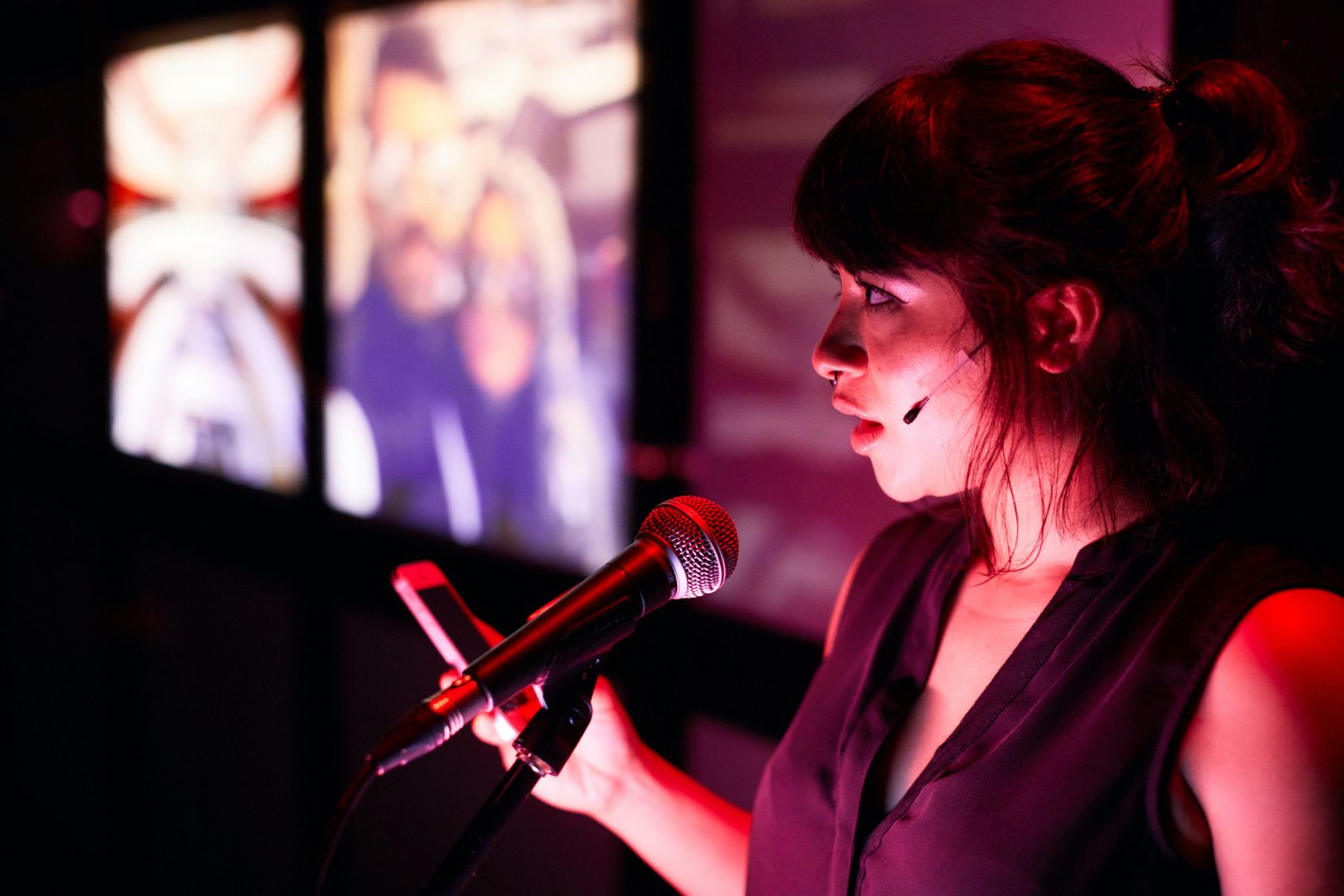