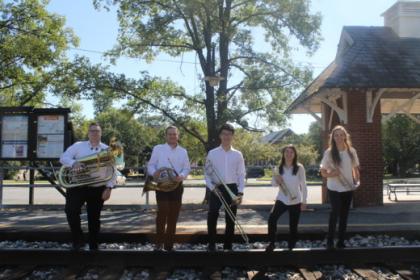 Please note: The livestream for this performance will only be live. The stream will not be available to view afterwards.

The UMD School of Music launched its first-ever graduate fellowship brass quintet, Terrapin Brass, in the Fall 2021 semester as a way to further showcase its esteemed brass program. Don't miss the debut recital by this talented group of master's students. Learn more about Terrapin Brass in this news announcement. Recital repertoire coming soon.