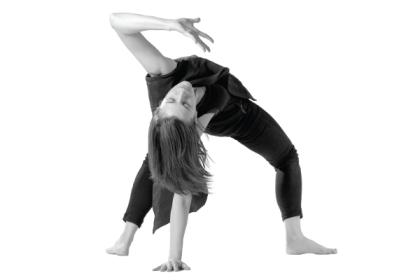 In this varied, vibrant and celebratory dance presentation, the School of Theatre, Dance, and Performance Studies offers new works of art in motion.

Concessions:
The Clarice lobby concession bar Encore will be open for food and beverage sales during the Sunday, May 1 at 3:00PM performance. Encore will not be open on Friday, April 29th.

The Clarice cafe, Applause Cafe, will be open for food and beverage sales during the Maryland Day performance on Saturday, April 30th.

These creations by 10 choreographers, 41 performers and 19 designers range from first year undergrads to grad students to our artist in residence.
In collaborations steeped in passion, mystery and humor, they challenge themselves, each other and us.
Questioning inherited assumptions of identity and art making, these artists take us on journeys both enlivening and disquieting as they invite us to dive into the unknown with them.
It has been an honor to support them.
--SARA PEARSON, director
Special Thanks to Maura Keefe and the entire dance faculty, to Jenn Schwartz and Bobby Hunter, Jillian Harvey and Nelson Chen and all the production staff, to undergrad choreographer mentors Crystal Davis, Cyrah Ward, and Patrik Widrig, and to AMB and my dance mentors Murray Louis, Alwin Nikolais, Nancy Hauser and Hanya Holm.

The Saturday, April 30th performance is part of The Clarice's Maryland Day activities, and is free and unticketed.