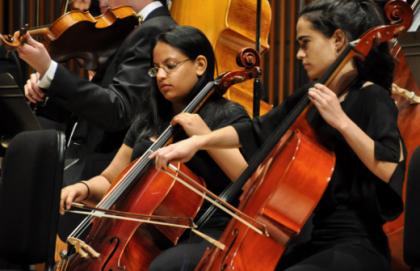 The livestream for this event will only be available live. The stream will not be available for viewing after the performance has ended.

The UMD Repertoire Orchestra (UMRO) presents its final concert of the season. A New Hope reflects on the role of hope in our society amidst the transition out of the COVID-19 pandemic. UMRO will play an expression of pure, Black joy with rising star Brian Raphael Nabors' Iubilo. Thea Musgrave's Aurora was written for the string students of the Colburn School and portrays students entering the world after school as a gorgeous, luminescent breaking dawn. Collaborative pianist Alexei Ulitin D.M.A. '16 is featured in the first movement of Sergei Rachmaninoff's famous Second Piano Concerto that was quite literally a new hope for him after a three-year depression and writer's block; Shun Yao conducts. The Suite from Star Wars: A New Hope contains the five greatest hits from the soundtrack to the original film and is a manifestation of hope and light in the universe.

PROGRAM
Iubilo
Brian Raphael Nabors (b. 1991)
Aurora
Thea Musgrave (b. 1928)
Piano Concerto No. 2 in C minor, Op. 18
Sergei Rachmaninoff (1873–1943)
Alexei Ulitin, piano
Shun Yao, conductor
INTERMISSION
Suite from Star Wars: A New Hope
John Williams (b. 1932)
PROGRAM NOTES
Iubilo
BRIAN RAPHAEL NABORS
Born 1991, Birmingham, Alabama
Commissioned in honor of ROCO Chamber Orchestra's 15th season FIFteen Project, Iubilo is a two-minute fanfare exploring pure, musical manifestations of joy and celebration. Explored throughout the work are flourishing gestures and flamboyant textures to capture the free, energetic attributes exuded through joy. Each respective instrument has its part to play in creating this tapestry of exuberance.
–Program note by the composer
Aurora
THEA MUSGRAVE
Born May 27, 1928, Barnton, Edinburgh, Scotland
….yonder shines Aurora's harbinger;
At whose approach, ghosts, wandering here and there,
Troop home to churchyards.
Shakespeare, A Midsummer Night's Dream. III ii line 379
This work was commissioned for the young students of the Colburn School of Performing Arts to play, and it seemed to me that Aurora — Dawn — or the coming of light, would be an apt title. It would represent the potential and the musical burgeoning of young talent.
The music thus starts mysteriously, even tentatively, with a short melodic theme played by solo viola and accompanied by low soft chords emphasizing the note D. These two elements, in a variety of guises, keys and continuations, build in a gradual crescendo, till after a brief moment of darkness where "ghosts troop home," dawn finally arrives in the shape of a luminous D major chord. The music becomes "full and joyous" and in a brief coda, where the music seems suspended, all clouds dissolve and the D major turns out to be a dominant and on the very last note resolves to a G.
–Program note by the composer
Piano Concerto No. 2 in C minor, Op. 18
SERGEI RACHMANINOFF
Born March 20, 1873, Novgorod Governorate, Russian Empire ǀ Died March 28, 1943, Beverly Hills, California
In 1897, the premiere of Rachmaninoff’s First Symphony was a disaster. César Cui wrote, “If there were a conservatoire in Hell, if one of its talented students were instructed to write a programme symphony on "The Seven Plagues of Egypt", and if he were to compose a symphony like Mr. Rachmaninoff's, then he would have fulfilled his task brilliantly and delighted the inmates of Hell.”
The composer suffered a psychological breakdown, fell into a depression, and did not compose for three years. From January to April of 1900, he visited physician and neurologist Nikolai Dahl. Dahl treated Rachmaninoff daily with hypnosis and affirmations: "You will begin to write your concerto ... You will work with great facility... The concerto will be of an excellent quality.”
Rachmaninoff began to compose what became his Second Piano Concerto that summer, and the completed work was premiered in November of 1901, with the composer playing the piano and his cousin Alexander Siloti conducting. He decided the score to Dahl. It was a huge success and continues to be one of his most popular works.
–Program Note by Jesse Leong
Suite from Star Wars: A New Hope
JOHN WILLIAMS
Born February 8, 1932, New York, New York
I can think of perhaps no more recognizable film soundtrack than Star Wars. No score more iconic, no music more fantastic, no soundtrack more representative of the movie it accompanies. Indeed, it is the American Film Institute’s greatest film score of all time. Written for the original 1977 film, then only titled Star Wars, it was his second major hit after Jaws.
Williams went on to score some of the most iconic films in American history including Close Encounters of the Third Kind, Superman, E.T. the Extra-Terrestrial, Home Alone, Indiana Jones, Jurassic Park, Schindler’s List, Harry Potter, and all eight other films in the main triple trilogy, the “Skywalker Saga.” Steven Spielberg said of Williams, “Without John Williams, bikes don’t really fly, nor do brooms in Quidditch matches, nor do men in red capes. There is no Force, dinosaurs do not walk the Earth, we do not wonder, we do not weep, we do not believe.”
This orchestral suite was published in 1997, the 20th anniversary of the original film, and contains five of the most recognizable tracks from the original score.
–Program Note by Jesse Leong
ABOUT THE ARTISTS 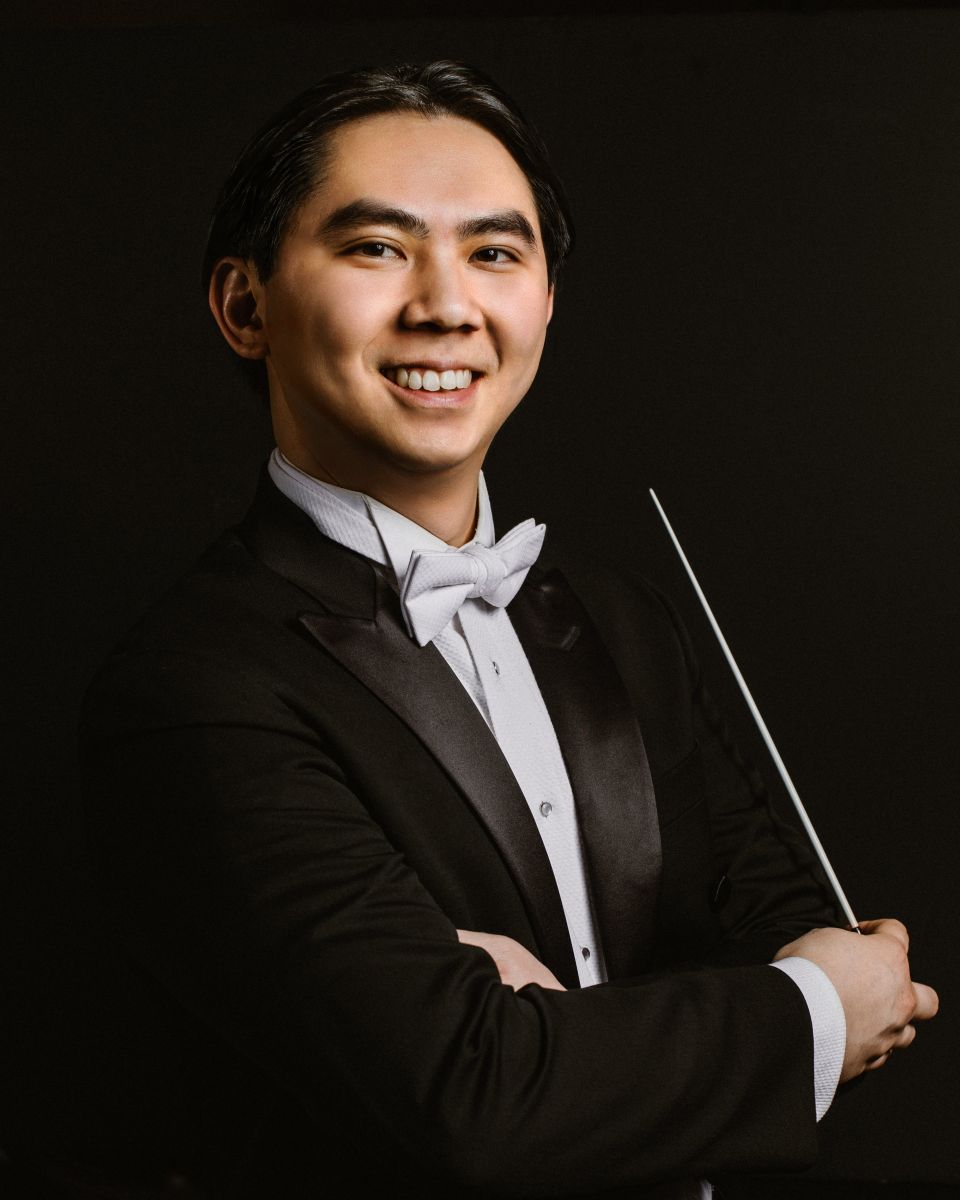 JESSE LEONG
Possessing a repertoire of over 45 operas and musicals ranging from Mozart and Puccini to Rodgers and Hammerstein and Sondheim, conductor and pianist Leong is a musician of uncommon breadth and versatility. His conducting has been called “taut and assured” by Opera Today. Leong was named the 2019 Julius Rudel/Kurt Weill conducting fellow by the Kurt Weill Foundation. In this capacity, he served as associate conductor to Ted Sperling—the Tony Award-winning artistic director of MasterVoices (New York City)—on Lady in the Dark, which featured another Tony winner, Victoria Clark. Leong has served as conductor, assistant conductor and pianist at Cincinnati Opera, Pacific Opera Project, Queen City Opera, Opera Saratoga and Pittsburgh Festival Opera.
During the COVID-19 pandemic, Leong was hired at Dayton Opera and Des Moines Metro Opera before their respective performances of Going for Baroque! and Sweeney Todd were canceled. For the latter, he served as virtual orchestra audio/video editor for their gala concert. His audio/video work can now be seen at the University of Maryland, College Park (UMD) as well as at College of Fellows of the American Theatre, Wear Yellow Proudly, Youth Music Monterey County, Unitarian Universalist Church in Reston and Bella Voce a cappella ensemble.
Also an accomplished educator, Leong serves as music director of the UMD Repertoire Orchestra and assistant conductor of the UMD Symphony Orchestra. His programming focuses on the work of BIPOC, LGBTQ+ and women composers in thematically integrated concerts alongside classical masterworks. He was also recently appointed assistant conductor of the Capital City Symphony.
An enthusiastic grammarian, linguist and author, Leong has written a book entitled “La bohème: A Connotative and Grammatical Translation.” Having been described as “Nico Castel plus,” his book has been praised by singers, conductors, coaches and directors alike. His doctoral dissertation will be entitled “The Butterfly Effect: Color Conscious Casting in the 21st Century.”
Leong received both his bachelor of music in piano performance and his master of music in orchestral conducting from the University of Cincinnati College-Conservatory of Music. He is currently a doctor of musical arts candidate in orchestral conducting at the University of Maryland, College Park. 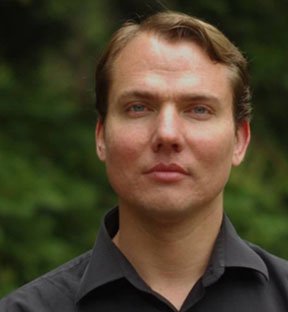 ALEXEI ULITIN
A native of Kiev, Ukraine, Ulitin actively performs as a collaborative artist and a soloist. He has worked as a member of the musical staff at several prestigious music festivals, including Aspen, Siena and Northern Lights. He was a recipient of a New Horizons Fellowship at Aspen Music Festival for three years (2013–15). Ulitin has served as an adjunct piano faculty member at Rowan University (New Jersey). He has won prizes in numerous competitions, including the 2014 Baltimore Music Club Competition (first prize), the 2014 Wonderlic Piano Competition, the 2013 Liszt-Garrison International Piano Competition, the 2010 International Young Artist Piano Competition in Washington, D.C. (first prize) and the 2010 Music Teachers National Association competition (Eastern Division Winner). He earned a bachelor of music degree from Rowan University, a master of music degree from the National Music Academy of Ukraine (Kiev) and a doctor of musical arts degree from the University of Maryland, College Park. 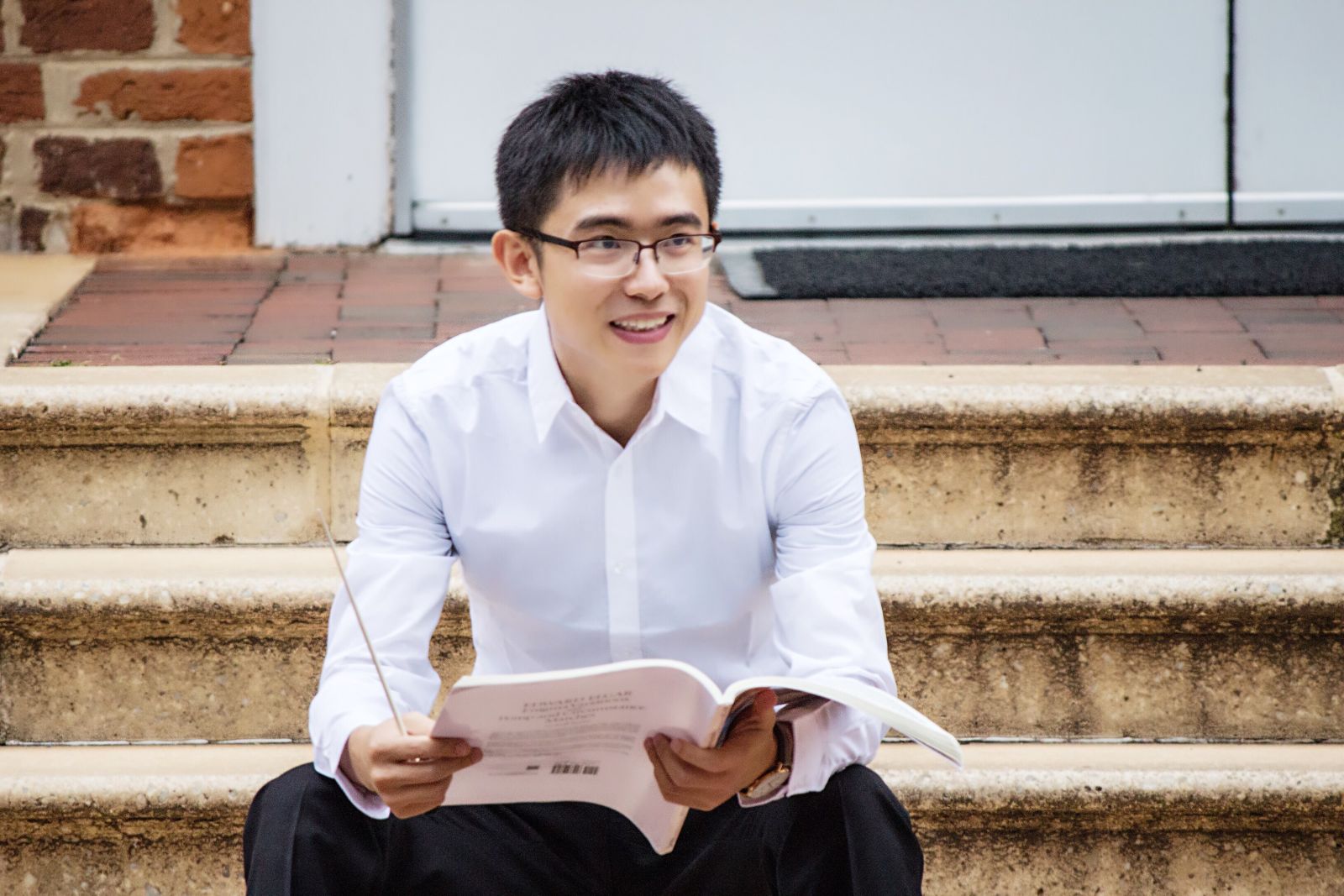