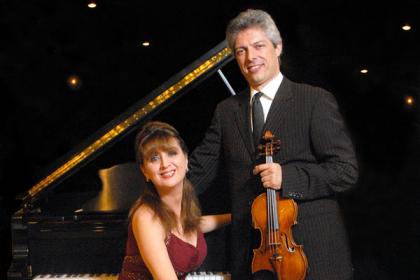 Photo Courtesy of the Artist

Join us in-person at The Clarice! Please note that this event will not be livestreamed. 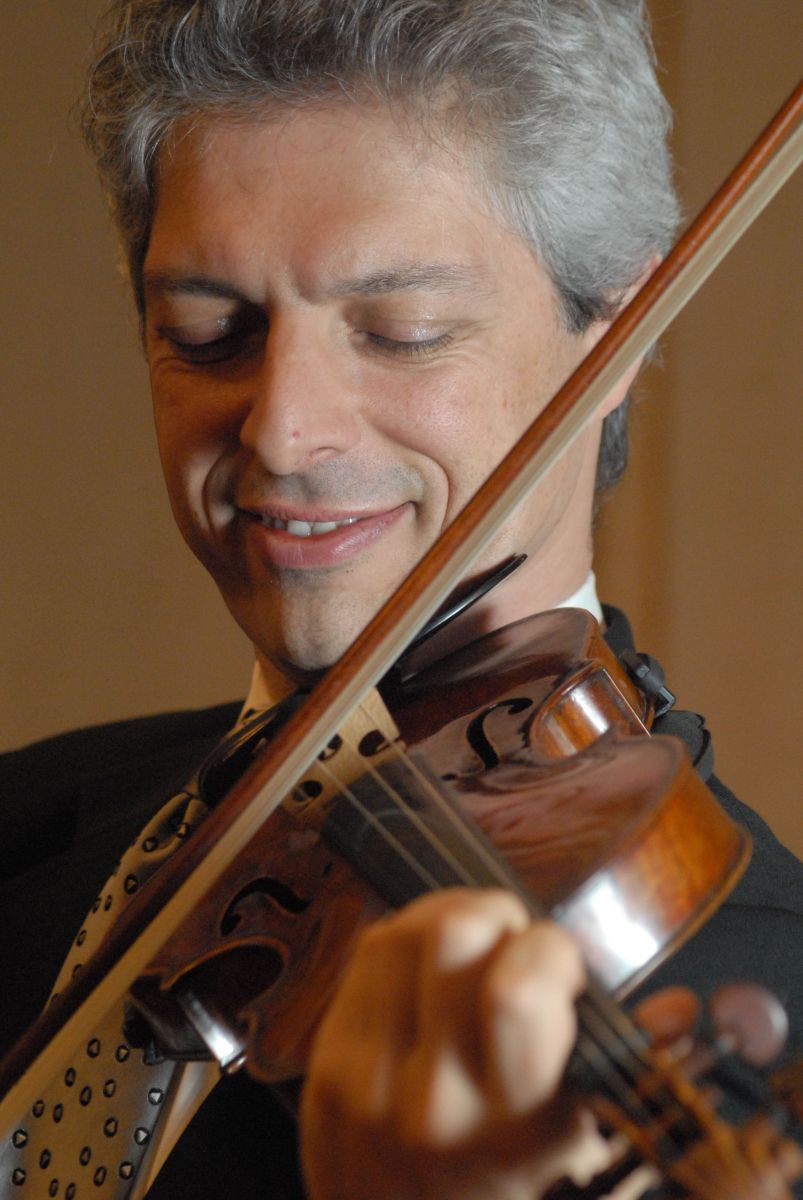 Levinson is the senior principal associate concertmaster of the Dallas Symphony Orchestra and the artistic director of the Chamber Music Society of Fort Worth. Known for his Bel Canto playing style and adroit technique, Levinson made his New York Philharmonic solo debut in 1991 under the baton of Erich Leinsdorf, coinciding with the completion of his Master of Music degree at the Juilliard School, where his teachers included Dorothy DeLay, Glenn Dicterow and Felix Galimir.

Born in St. Petersburg, Russia, Levinson began studying the violin at the age of five with Professor Sergeev at the Leningrad Special Music School. After immigrating to the United States in 1977, he won the top prize at the 1986 Romano Romanini International Violin Competition in Brescia, Italy, and became the top American Prize winner at the 1987 Jacques Thibaud International Violin Competition in Paris, France.

As a soloist, Levinson has collaborated with Erich Leinsdorf, Jaap van Zweden, Miguel Harth-Bedoya and many others. Much sought-after as a chamber musician, Levinson has collaborated with Yo-Yo Ma, Lynn Harrell, Eugenia Zukerman, Lukas Foss, Carter Brey, Joseph Kalichstein and Christopher O’Riley. In March 1998, Levinson was appointed as the first violinist of the Elysium String Quartet. He led the inaugural season of the Mykonos International Music Festival in August 1998 as well as a gala concert honoring the Elysium String Quartet at the United States Ambassador’s Residence in Athens, Greece, and three critically acclaimed recordings.

The summer season takes him to various music festivals, such as the Strings Festival in Steamboat Springs, Colorado; the Miami Music Festival in Miami, Florida, where he is the director of strings; the Summit Music Festival in Purchase, NY; and the San Miguel de Allende Music Festival. He served on the faculty of the Aspen Music Festival from 2001–10. Outside of the US, he was featured in Audition Perform in Chichester, United Kingdom, the Banhoff Rolandseck Festival, Germany, China and South Korea.

A champion of contemporary music, Levinson recorded the Margaret Brouwer Violin Concerto under the baton of 2012 Musical America’s Conductor of the Year Jaap van Zweden in 2012. He premiered and recorded several works dedicated to Levinson by award winning Iranian composer, Behzad Ranjbaran. In 1996 he, along with his father, renowned double bassist Eugene Levinson, recorded the world premiere for CALA Records of Dances of Life, a bass and violin duo, written for and dedicated to the Levinsons. Levinson also collaborated with New York Philharmonic Principal English Hornist Thomas Stacy in a CD for CALA’s New York Legends series.

Levinson’s recording of the complete Beethoven violin and piano sonatas with acclaimed pianist Daredjan Baya Kakouberi were released in August 2011. The Vivaldi Four Seasons and the Brouwer Violin Concerto were released in 2013. His CD, “My New York Years,” debuted to critical acclaim in January 2007. In the summer of 1999, Levinson completed a critically acclaimed all-Mozart CD, featuring the Elysium String Quartet and three New York Philharmonic principals: Stanley Drucker, clarinet, Joseph Robinson, oboe, and L. William Kuyper, horn. The American Record Guide hailed it as “utterly Mozartean…full of good spirits and a real sense of occasion.” The CD is currently available. In the summer of 1999, Lucas Foss chose Levinson and the Elysium String Quartet to collaborate with him on an all-Bach CD of works never before recorded in that artist’s distinguished career.

Levinson performs on an Antonio Stradivari violin, crafted in 1726. It is graciously made available for his use by the Dallas Symphony Association. 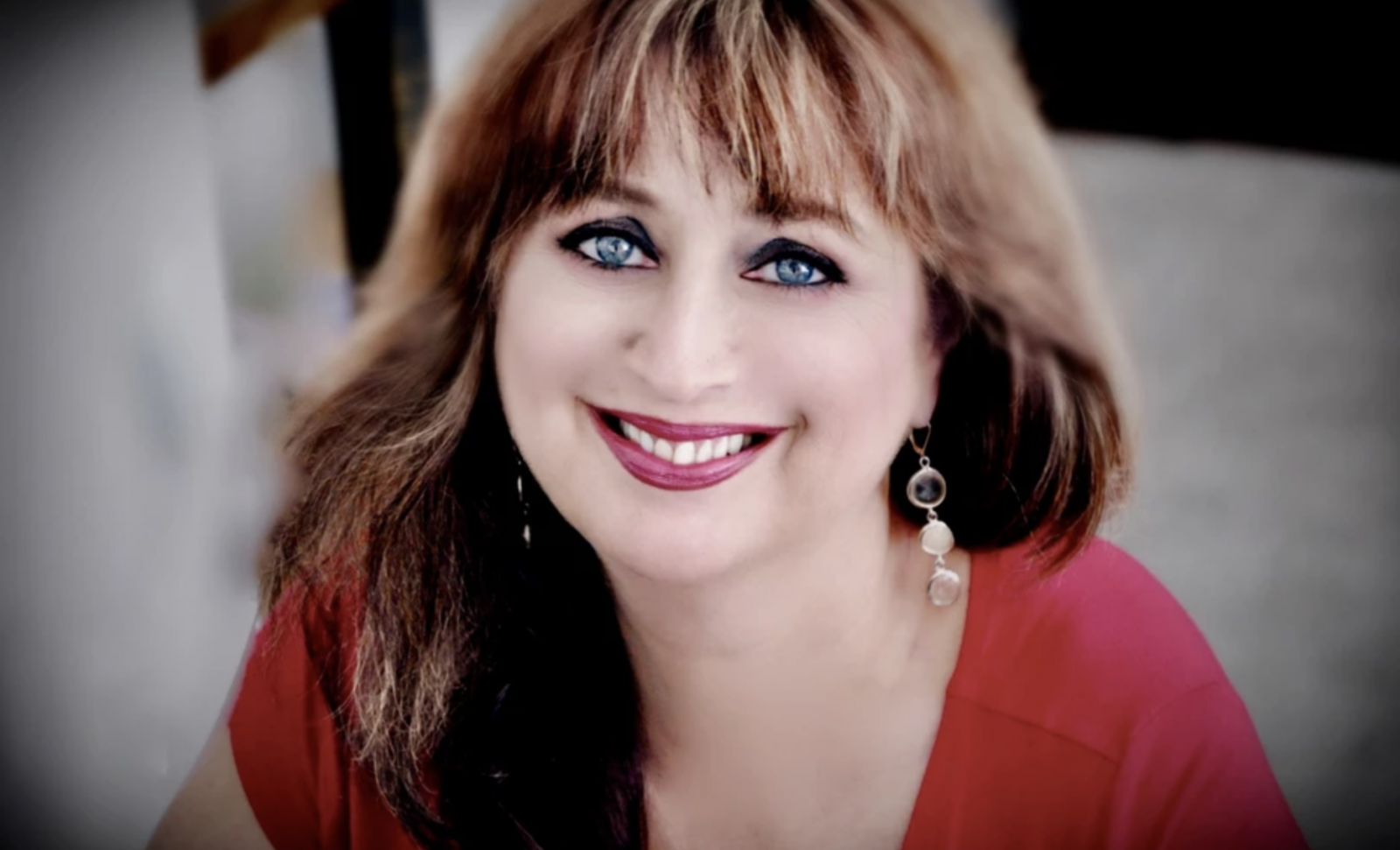 Hailed as a “treat to watch and hear,” pianist Kakouberi was born in Tbilisi, Georgia, and made her debut at the age of eleven. After graduating from Tbilisi Special School of Music for the Talented and Gifted, she entered the Moscow Conservatory, where she continued her studies at the master's and doctoral levels under the tutelage of professor Sergei Dorenski and Tchaikovsky Competition gold medalist Vladimir Krainev.

Her engagements have included the Strings Music Festival in Steamboat Springs, CO, Nancyphiles Festival in Nancy, France, and a solo recital at the request of the San Antonio International Piano Competition. Kakouberi is an annual artist at the Musical Bridges Around the World series in San Antonio, TX, where she was a key participant in the city’s all-inclusive Brahms and Beethoven Festival.

Business Leader magazine selected Kakouberi for the Woman Extraordinaire Award in 2012, an honor that exemplifies women who “demonstrated significant business achievement and community involvement” in their given field. In March 2010, Kakouberi was honored as the recipient of the coveted International Ambassador for Cultural Exchange Award. Awarded by the Russian Winter Festival at Southern Methodist University, Dallas, TX, this award recognizes outstanding achievement in performing and teaching disciplines domestically and abroad. In 2009, Kakouberi was engaged to tour China as a soloist. Due to her much sought-after teaching skills, she also rounded out the cultural event by presenting masterclasses in the leading conservatories in Mainland China.

In an unprecedented project in the spring of 2009, Kakouberi recorded the three books of the Russian Piano Technique, based on the teachings of Professor Nikolaev, to be used in practice and performance techniques for students of all levels.

In 2009, she collaborated with violinist Gary Levinson in the recording of the complete sonatas for piano and violin by Beethoven. The project was spearheaded by the Classical Music Recording Foundation, and the four CD set was released in 2012. Kakouberi has appeared as a soloist with orchestras in Moscow, Georgia, Armenia, Latvia, Italy and the United States.

In 1996, she was among the “World’s Ten Most Distinguished Pianists” chosen by the Palm Beach Invitational Piano Competition. In the summer of 2000, Kakouberi was chosen as recipient of the Most Outstanding and Distinguished Pianist award in the IBLA International Competition in Italy. In addition to her solo recitals, she has appeared as a guest soloist in concerts throughout the US and Europe, including performances at Moscow Conservatory Great Hall, Steinway Hall in New York and the Cerritos Center for Performing Arts in California.

As a chamber performer, Kakouberi made her debut at Carnegie Weill Recital Hall in New York in February 2002. Kakouberi returned to that venue in a scheduled appearance on the CMRF annual gala concert in the fall of 2011 at Weill Hall.

Noted as an outstanding chamber music artist, Kakouberi is the artistic director of the Blue Candlelight Music Series in Dallas, Texas, where she enjoys collaboration with internationally renowned artists. She has appeared multiple times at the Music in the Mountains Festival in Durango, CO, where she was also a frequent soloist. She is a household name at the major venues in North Texas, such as the University of North Texas in Denton, TX, the Dallas Museum of Art and the Eisemann Center for the Performing Arts, where she has appeared as a concerto soloist.