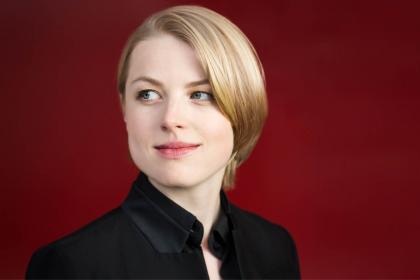 You are viewing information to purchase in-person tickets.

Quickly establishing herself as one of today’s leading conductors, Ruth Reindhart is highly acclaimed for her imaginative and elegant performances. In her NOI+F debut, she leads the NOI Philharmonic in a tour de force program anchored by Dvořák’s monumental New World Symphony. Samuel Coleridge-Taylor is among the leading British composers in music history. His Ballade in A minor was commissioned by the Three Choirs Festival in Britain and launched the composer to prominence with its spirited warmth and passion. Paul Hindemith drew inspiration for his hopeful Nobilissima Visione from Italian painter Giotto's medieval frescos portraying the life of Francis of Assisi–from his renunciation of worldly goods to his mystical devotion to his faith. Antonín Dvořák’s Symphony No. 9 in E minor–commonly known as his New World Symphony–is a pillar of American culture, selecting Indigenous and African American musical traditions as its source of inspiration.

Samuel Coleridge-Taylor: Ballade for Orchestra in A minor, Op. 33

To safeguard your health when attending the Festival in person, you will see the following changes during concerts:

Learn more about The Clarice’s 4Maryland health and safety modifications.