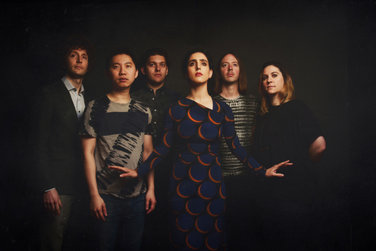 Presented By:
Visiting Artist Series
Venue:
The ArtHouse - PLEASE NOTE: The ArtHouse is an off-campus venue, not at The Clarice (click here for map).
Seating:
General Admission

Hailed by NPR’s Fred Child as “one of the groups that has really helped to shape the future of classical music,” yMusic is a group of six New York City instrumentalists flourishing in the overlap between pop and classical. Since their inception in 2008, yMusic has striven to bring a classical chamber music aesthetic to venues outside the traditional concert hall. Their virtuosic execution and unique configuration (string trio, flute, clarinet, and trumpet) have caught the attention of high profile collaborators—from Bon Iver and José Gonzalez, to Paul Simon.

The Speed of Sound Sessions are a celebration of musicians who support and promote composers whose work was created in the 21st century and who respond to the contemporary world in which we live.

Join the artists for a post-performance Q and A!

yMusic Post-Performance Q and A