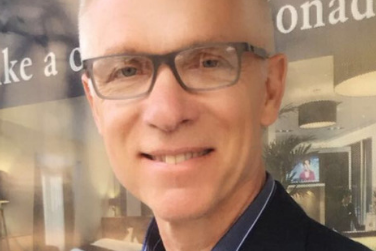 Stephen Hinton, Professor of Musicology at Stanford and Weill scholar will present on his paper “Kurt Weill and The New Objectivity” as part of the Kurt Weill Festival.

Kurt Weill’s evolution as a socially engaged composer took place against the background of “The New Objectivity” (Die neue Sachlichkeit), a widespread trend reflected not just in music but in culture more generally during the Weimar Republic. The term itself has origins in the visual arts. Apropos his best-known work, The Threepenny Opera (1928), Weill claimed that he wanted “to make opera the subject matter for an evening in the theater.” Calling into question attitudes toward genres and their conventional reception amounted to a redefinition of the work-concept in what Walter Benjamin would call "the age of technological reproducibility.” The paper will explore examples drawn from a range of Weill’s works for the musical theater, including some from his later American period.

Stephen Hinton is the Avalon Foundation Professor in the Humanities at Stanford University, where he has served as the Denning Family Director of the Stanford Arts Institute (2011-15), Senior Associate Dean for Humanities & Arts (2006–10) and chairman of the Department of Music (from 1997–2004). Before moving to Stanford, he taught at Yale University, and before that at the Technische Universität Berlin. His principal research focuses on the music of German-speaking lands from the classical period through the present. His book Weill’s Musical Theater: Stages of Reform, the first musicological study of Kurt Weill’s complete stage works, won the 2013 Kurt Weill Prize for distinguished scholarship in musical theater. Together with the St. Lawrence String Quartet, he is currently working on a series of online courses called Defining the String Quartet focusing on the music of Haydn and Beethoven.