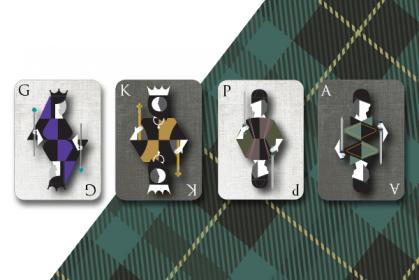 Handel’s Ariodante is a story of royalty, love, intrigue and deceit set in the medieval Scottish highlands. Needing a male successor to the throne, the King of Scotland searches for a husband for his daughter princess Ginevra. After falling in love, Ginevra and the knight Ariodante are granted permission to wed but their plans are quickly disrupted by the devious plot of Polinesso, Duke of Albany, who also aspires to the throne.

After its initial debut at the Theatre Royal, Covent Garden, this early 18th century opera fell into oblivion for two centuries. Rediscovered in the 1970s, Ariodante is now considered a Baroque masterpiece for its emotionally evocative arias and vivid music. Don’t miss this stunning yet rarely performed opera by the composer of Messiah.

Under the direction of Craig Kier, Maryland Opera Studio (MOS) is dedicated to the future of opera. Preparing the next generation of great singers and offering performances ranging from classic repertoire to provocative new works, they are building audiences and advancing the art that sustains them.

Sung in Italian with English supertitles.

Join the free Opera Resonates Discussion before the Sunday performance.

Pared down to simplified costumes and minimal production, the fall opera is the art form at its most elemental: the singer, the story and the music take center stage.

In addition to the MOS singers, this performance features undergraduate students from UMD Choral Activities and M.F.A. design students from the School of Theatre, Dance, and Performance Studies.