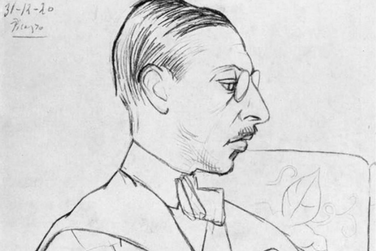 Rivals and fellow Russian expatriates, Igor Stravinsky and Sergei Prokofiev both sought – and found – fame and fortune writing music for the theater. They were also known for accepting short-term commissions from touring ballet troupes when in desperate need of cash. Such is the early history of Stravinsky’s L’Histoire du Soldat (1918) and Prokofiev’s Trapeze (1924), better known as the Quintet in G-minor. Featuring revolutionary compositional language, yet inspired by music for popular entertainment, both works folded quickly as staged productions, L’Histoire brought down by the vagaries of the Great War, Trapeze by the competitive post-war marketplace. And both found a second life as masterworks of 20th-century chamber music, performed on this program with the commentary from musicologist Olga Haldey.