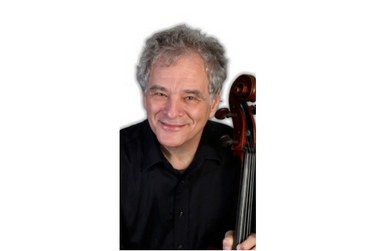 Cellist Joel Krosnick has performed as a soloist, recitalist and chamber musician around the world, including more than four decades touring as a member of the Juilliard String Quartet. He and his sonata partner of more than 30 years, pianist Gilbert Kalish, have performed recitals throughout the U. S. and Europe. Since 1976, they have given an annual series of recitals in New York City, including the 2007 series “American Milestones of the Last 100 Years” at The Juilliard School.

In this recital, the duo performs a program that includes works by Brahms and Beethoven.

This Masterful Strings masterclass is funded in part by The Barbara K. Steppel Memorial Faculty Fellowship in Cello.​​​​​​​

Encore Bar is open for all performances. The bar opens 45 minutes before the performance and drinks must be consumed in the lobby.