Music in Mind: Henri at 100: Mystery and Memory 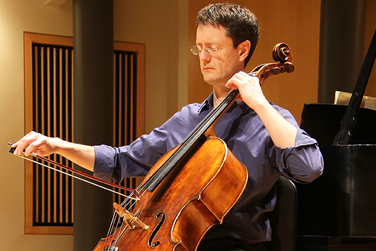 Standing at the intersection of tonality, modality and serialism, Henri Dutilleux (1916–2013) came of age in France during the Second World War. He absorbed and mastered all the dominant strands of European musical tradition and was likely the greatest living composer in his later life.

Dutilleux created a new musical language of beauty, exoticism and passion from the wreckage of postwar Europe. Join the UMD School of Music for an engaging cross-disciplinary retrospective of the composer’s most powerful compositions presented with works of Debussy and Ravel.

Eric Kutz is the recipient of The Barbara K. Steppel Memorial Faculty Fellowship in Cello.