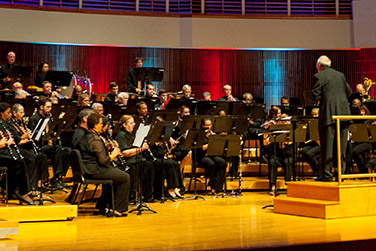 Under the direction of School of Music alumnus Bill Sturgis, the Maryland Community Band (MCB) returns to NextNOW Fest with an exciting program of all-American music, from Sousa to Ellington and beyond.

This event is part of NextNOW Fest 2015. View the full schedule of events!