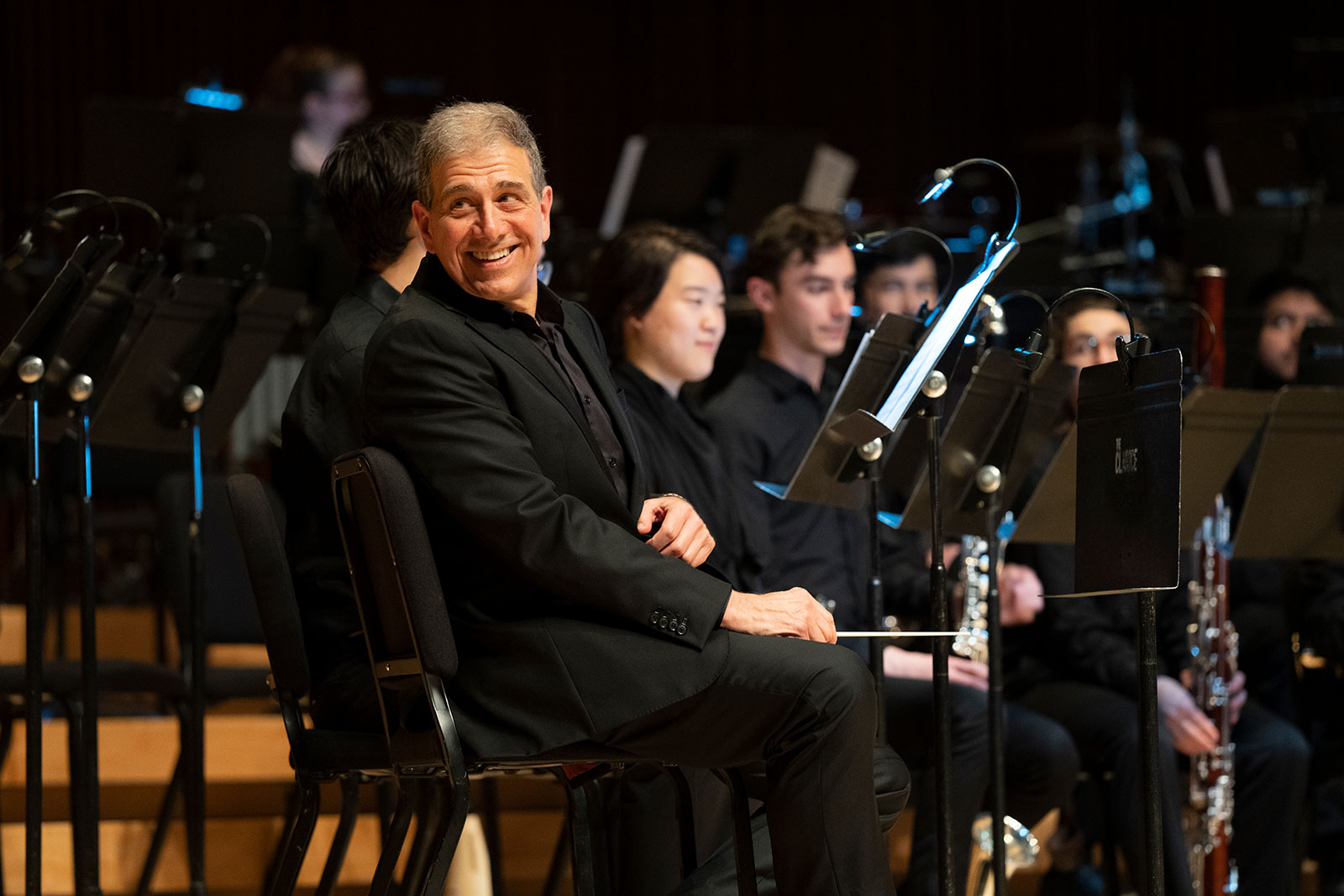 The UMD Wind Orchestra concludes its season with Wolfgang Amadeus Mozart’s beloved “Gran Partita” and a vibrant new work by Hannah Lash. Mozart’s tenth Serenade, the “Gran Partita” roughly translates to “big wind symphony.” Filled with melodic ornamentation, Mozart wrote this light-hearted piece for entertainment at social gatherings and dinner parties. While this informal practice has caused many serenades from that time period to be lost, luckily many of Mozart’s survived and his “Gran Partita” has become widely recognized as one of the most notable works for wind band. Shrouded in mystery and composed over 200 years ago, this serenade leaves quite a bit up to musical interpretation, which leads to the masterwork’s elusive and ever-evolving nature.

Composed during the height of the COVID-19 pandemic and premiered in April of 2022, In Pieces “was written during a time of deep unrest,” Lash wrote in the program note. “My mind was batting around, my life adrift. I was writing music that seemed to me simultaneously to be the most earnest possible expression of raw emotion while at the same a cuttingly ironic jab at the world.”