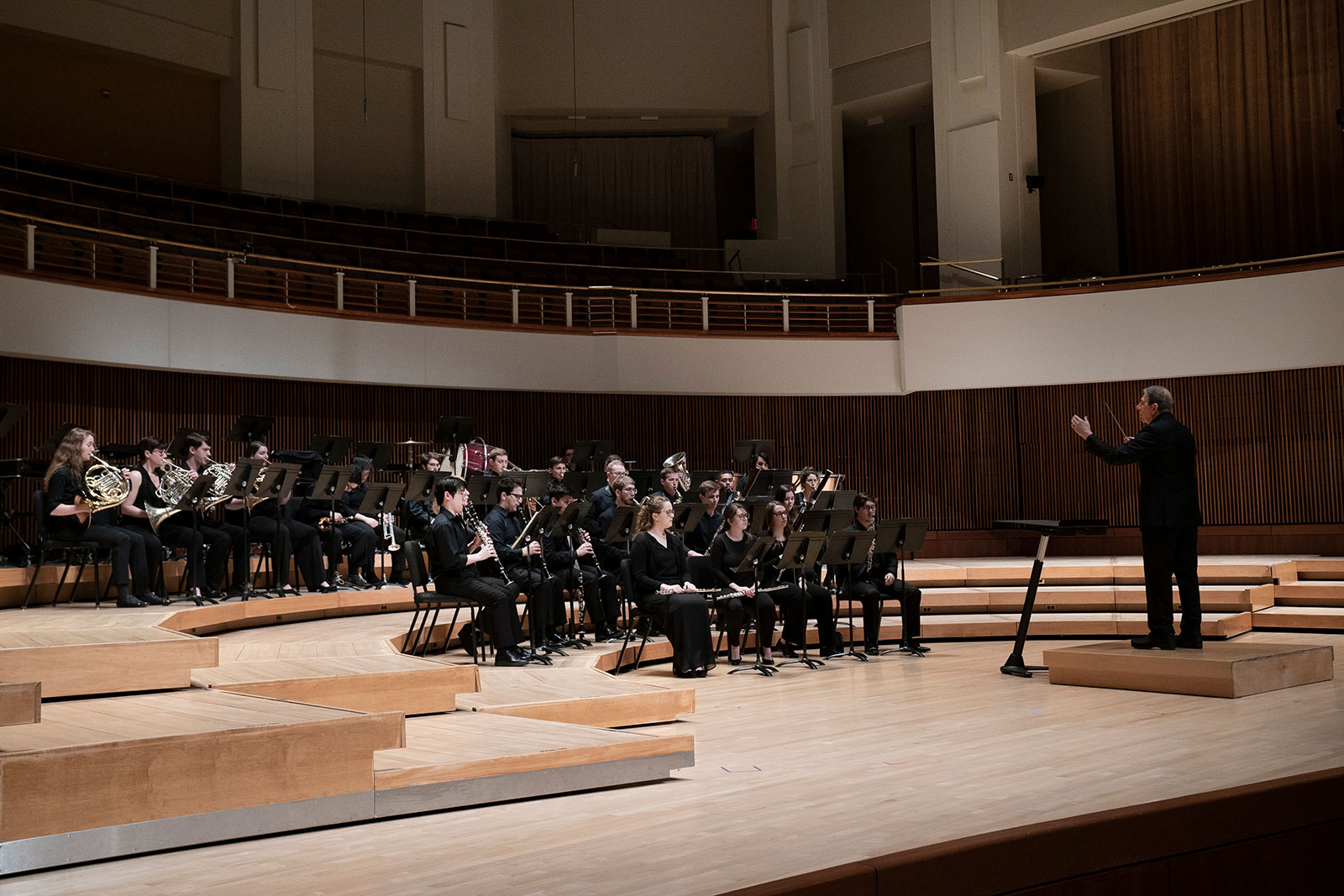 Catch this preview concert at The Clarice before the UMD Wind Orchestra travels to the University of Georgia to perform at the prestigious College Band Directors National Association (CBDNA) National Conference by special invitation. You won’t want to miss this opportunity to witness a sneak peek of a new work by Brazilian American composer Clarice Assad in advance of its official world premiere. Commissioned by the UMD Wind Orchestra, Assad’s composition is a response to Igor Stravinsky’s The Rite of Spring from the point of view of the sacrificial maiden.

The concert will also include repeat performances of George Walker’s Lyric for Strings transcribed for winds by UMD alum Lucia Disano D.M.A. '21 and guest composer Dana Wilson’s violin concerto titled Of my dream before me… featuring UMD Professor James Stern on violin and inspired by the Langston Hughes poem "As I Grew Older."