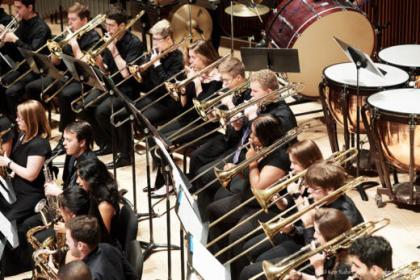 Please note: The livestream for this performance will only be available live. The stream will not available for viewing afterwards.

Venue:
Dekelboum Concert Hall
Seating:
General Admission
Estimated Length:
This performance will last approximately 1 hour 20 minutes with no intermission.
Join us in person at The Clarice or watch the livestream from the comfort of your home.
Representing a variety of majors across campus, the University Band is joined by the Maryland Community Band for a concert of traditional and contemporary wind band music in a performance perfect for all ages.
Program:
Johannes Hanssen: Valdres - Norwegian March
William Schuman: When Jesus Wept
William Schuman: Chester - Overture for Band
Robert Jager: Third Suite
Norman Dello Joio: Satiric Dances
Percy Aldrige Grainger: Irish Tune from County Derry
John Williams: The Cowboys 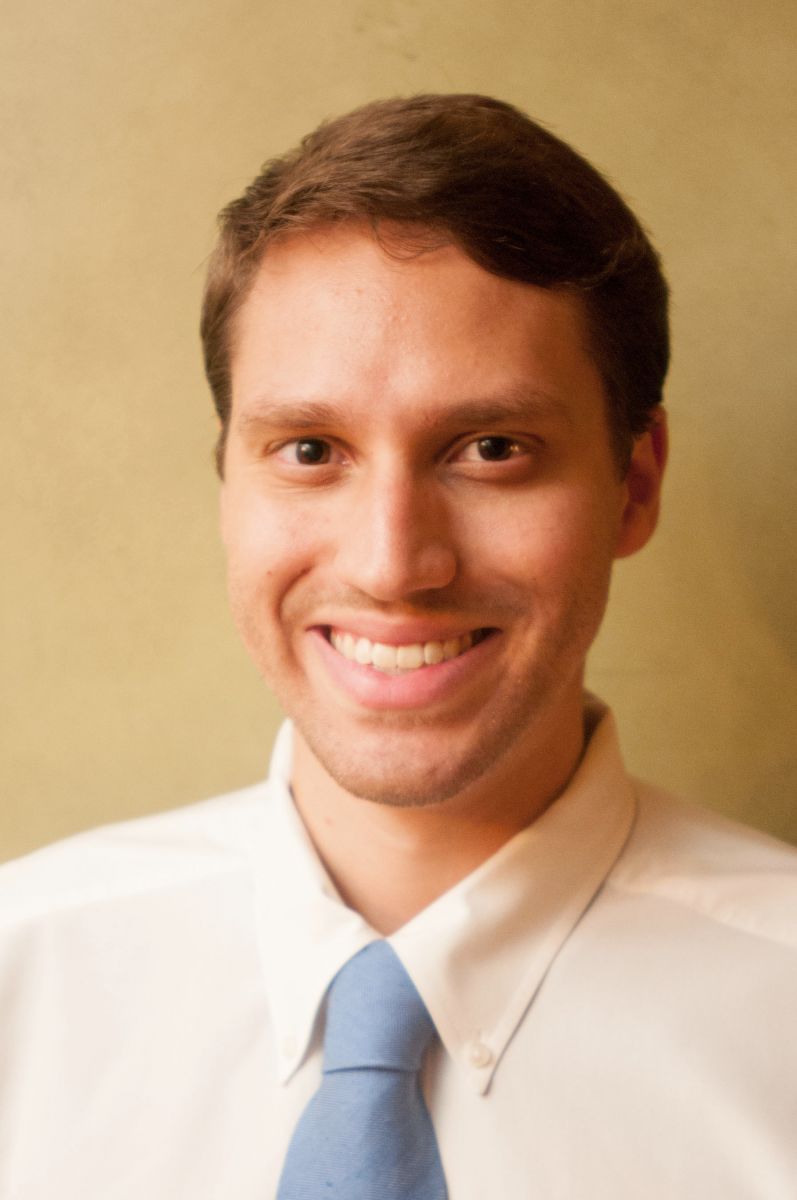 ALEXANDER SCOTT is pursuing a master of music in wind conducting at the University of Maryland, College Park where he currently serves as an instrumental conducting graduate assistant. He is a conducting student of Michael Votta, with additional mentoring from Andrea Brown and Craig Potter. In addition, he serves as interim music director for the Maryland Community Band and assistant conductor for the Bel Air Community Band.
Before coming to the University of Maryland, Scott taught for nine years at the elementary, middle and high school levels in Maryland public schools. For seven years, he was the music department chair and director of instrumental music at Meade Senior High School in Fort Meade, Maryland, where he was responsible for conducting the concert band, string orchestra, philharmonic orchestra, marching band, jazz band, steelband and pit orchestra, as well as instructing International Baccalaureate (IB) Music, Advanced Placement (AP) Music Theory and guitar courses. Additionally, he served as the school’s advisor for the Tri-M Music Honors Society.
While teaching at Meade Senior High School, Scott’s bands and orchestras consistently earned excellent and superior ratings at county and state adjudication festivals and his marching band earned second place at the 2018 USBands Mid-Atlantic Regional Championships. His concert band was a member of a commission consortium for Anthony O’Toole’s Latin Dance Movements. Scott was a semifinalist for Music and Arts’ national “Music Educator of the Year” award (2016) and the Maryland winner for School Band and Orchestra Magazine’s “50 Directors Who Make a Difference Award” (2018). His departmental leadership was twice recognized by the NAMM foundation with a “Best Communities in Music Education” designation (2018, 2019).
​Scott earned his master of music in music education from the University of Michigan, Ann Arbor and his bachelor of arts in Music Education from the University of Maryland, Baltimore County (UMBC). While at UMBC, Scott served as the inaugural undergraduate conducting fellow with the wind ensemble. Scott is a member of the National Association for Music Education, Maryland Music Educators Association and the Flute Society of Washington.
​As a woodwind specialist, Scott enjoys performing flute, clarinet and saxophone in various community and amateur ensembles in the DMV area. He also plays the double seconds steel pan in the Baltimore-based steelband sextet Charm City Steel. 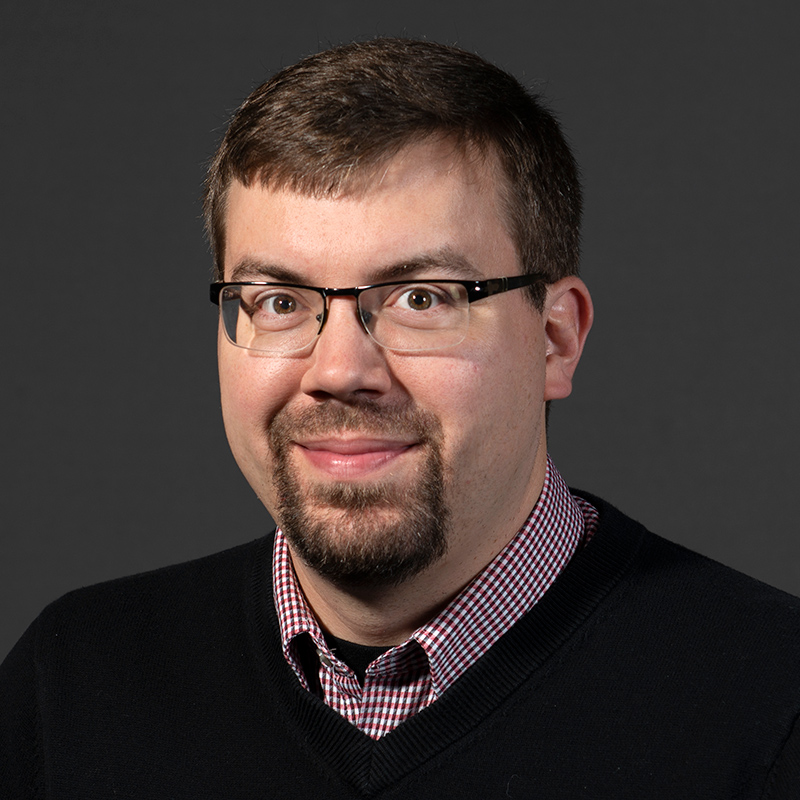 CRAIG G. POTTER
Craig G. Potter serves as the assistant director of bands for the University of Maryland School of Music, where he conducts the University Band, the Maryland Pep Band and the Tuba-Euphonium Ensemble. He has also served as an assistant conductor for the University of Maryland Wind Ensemble as well as a guest conductor for the University of Maryland Wind Orchestra. In addition, Potter is the assistant director of the 250-member Mighty Sound of Maryland Marching Band. His marching band arrangements have been performed across the United States by bands of the Big Ten, ACC, SEC, Big 12, Big East, WAC, NCAC and Sun Conference.
Prior to his appointment, he taught middle and high school band in the Catholic Diocese of Lexington (Kentucky). During his time at Lexington Catholic High School, the band earned distinguished ratings at the Kentucky Music Educators Association Concert Band Festival.
Craig remains an active performer on the tuba, with special attention to music with alternative accompaniments and electronics. He has soloed twice with the University of Maryland Wind Orchestra, most recently on David Lang’s Are You Experienced? for solo electric tuba. Craig has appeared as a soloist and clinician across the United States and has performed in music conventions and festivals around the world including the United States Army Tuba-Euphonium Workshop and the Jungfrau Music Festival.
Potter holds a doctor of musical arts degree in tuba performance from the University of Maryland, a master of music in wind conducting from the University of Louisville, and a bachelor of music in music education from the University of Kentucky. He is an alumnus of Phi Mu Alpha Sinfonia and Kappa Kappa Psi, an honorary member of Tau Beta Sigma, and a Sigma Alpha Iota Friend of the Arts. Originally from Raleigh, North Carolina, Craig lives in Annapolis with his wife, Mallory, and his children, Felicity and Hugh. 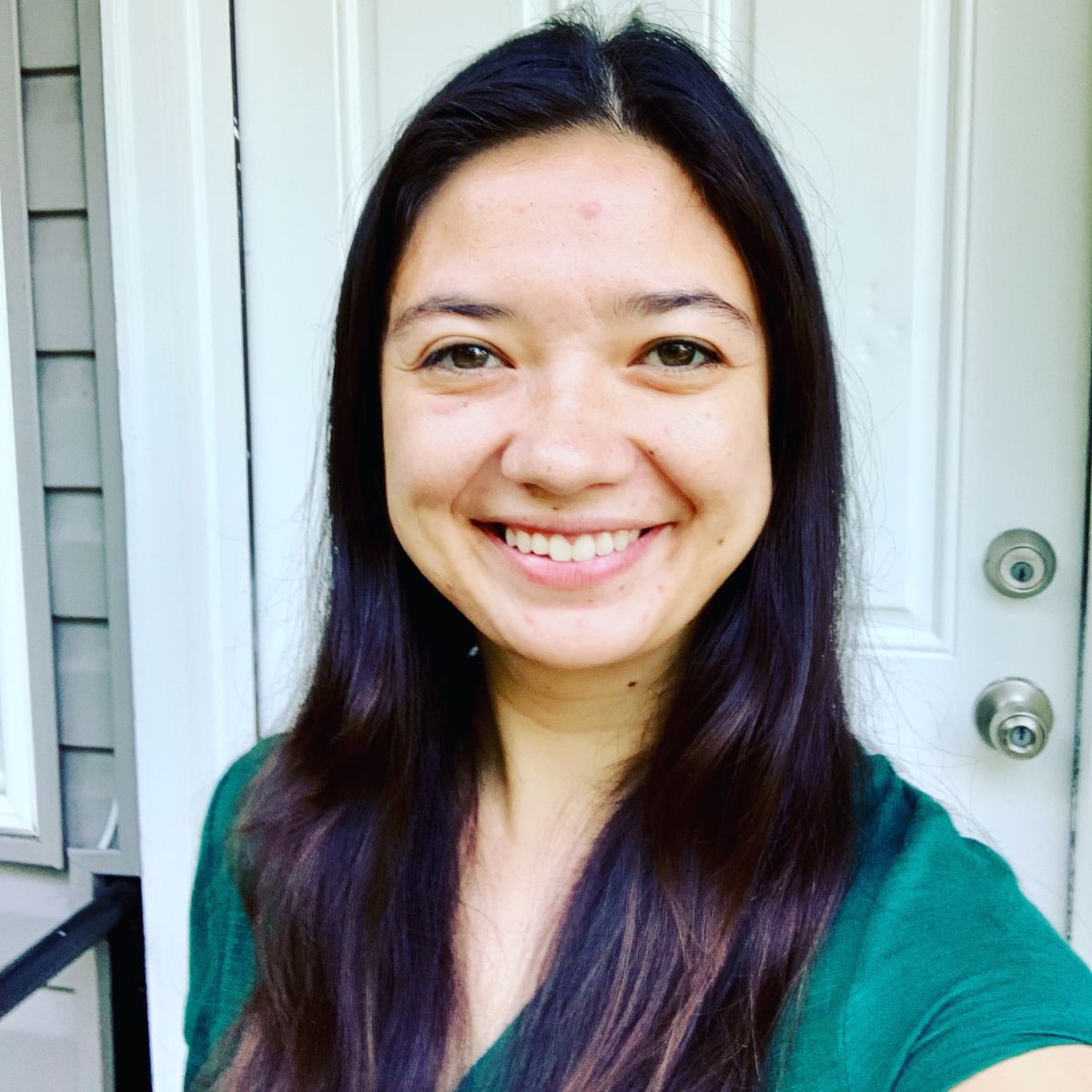 CHRISTINE HIGLEY
Christine Higley is a first year doctoral student in wind conducting at the University of Maryland, College Park, where she serves as a wind conducting graduate assistant and studies under Michael Votta.
Before coming to Maryland, Higley attended California State University, Los Angeles (CSULA), where she earned her Master of Music degree in instrumental conducting in Fall 2020, studying under Emily Moss and Christopher Gravis. In addition to her wind conducting responsibilities, Higley taught courses including “Intro to Music Education” and “Intro to Classical Music in Western Culture” at CSULA. She also served as the president of the CSULA chapter of the National Association for Music Education.
Before pursuing her graduate degrees, Higley was the band and orchestra director at Sunset Ridge Middle School in Salt Lake City, Utah, from 2014–2018. She also taught elementary school beginning band and served on staff for the Copper Hills High School Marching Band.
In addition to teaching and conducting, Higley enjoys life as a horn player. She was the horn section leader for the CSULA Wind Ensemble and Symphonic Band, and has played with the Salt Lake Symphonic Winds, the Brigham Young University Idaho Symphony Orchestra and various chamber groups. She has studied with Nathan Campbell, Jon Klein and Bruce Woodward. Higley earned her B.M. in music education from BYU-Idaho. 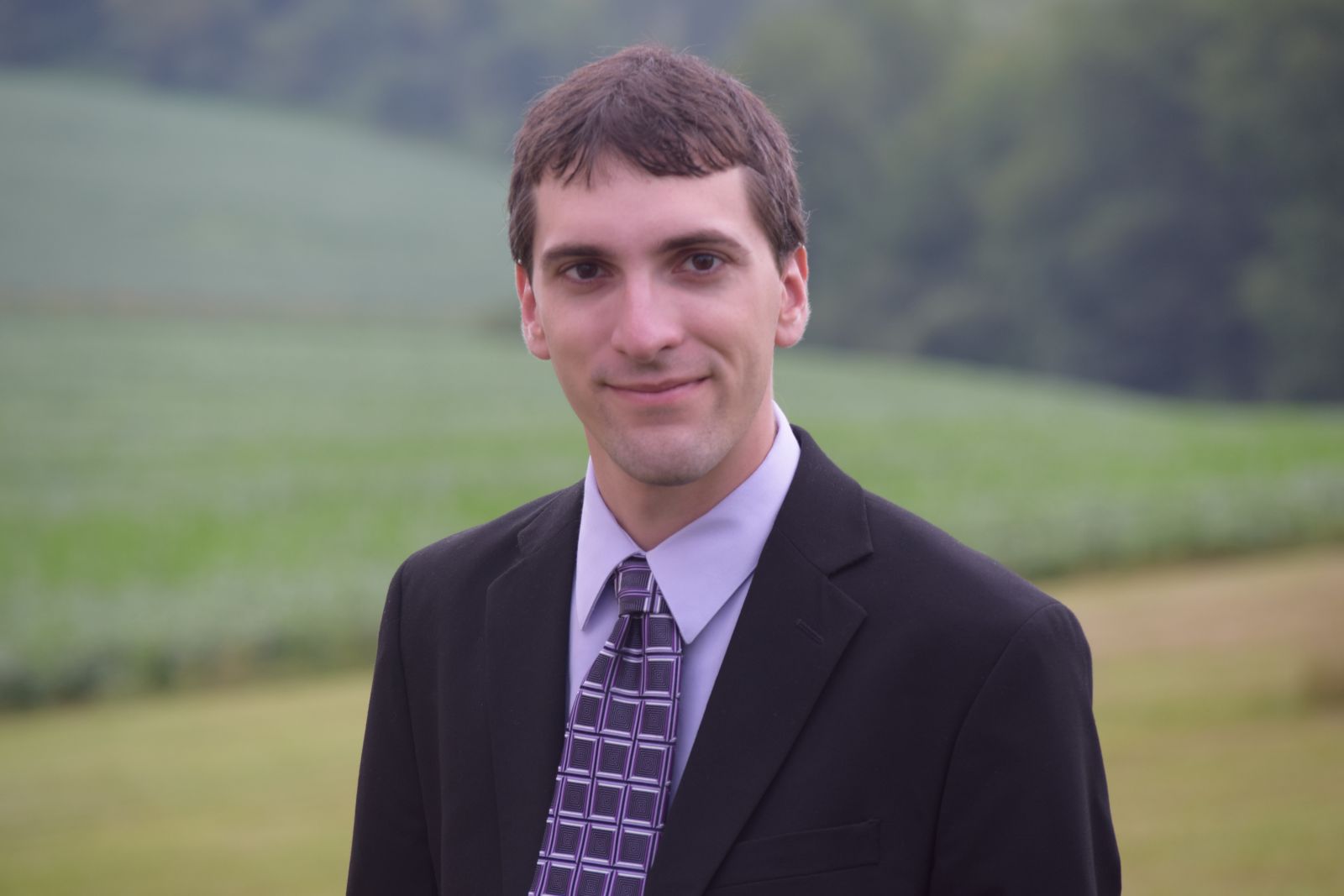 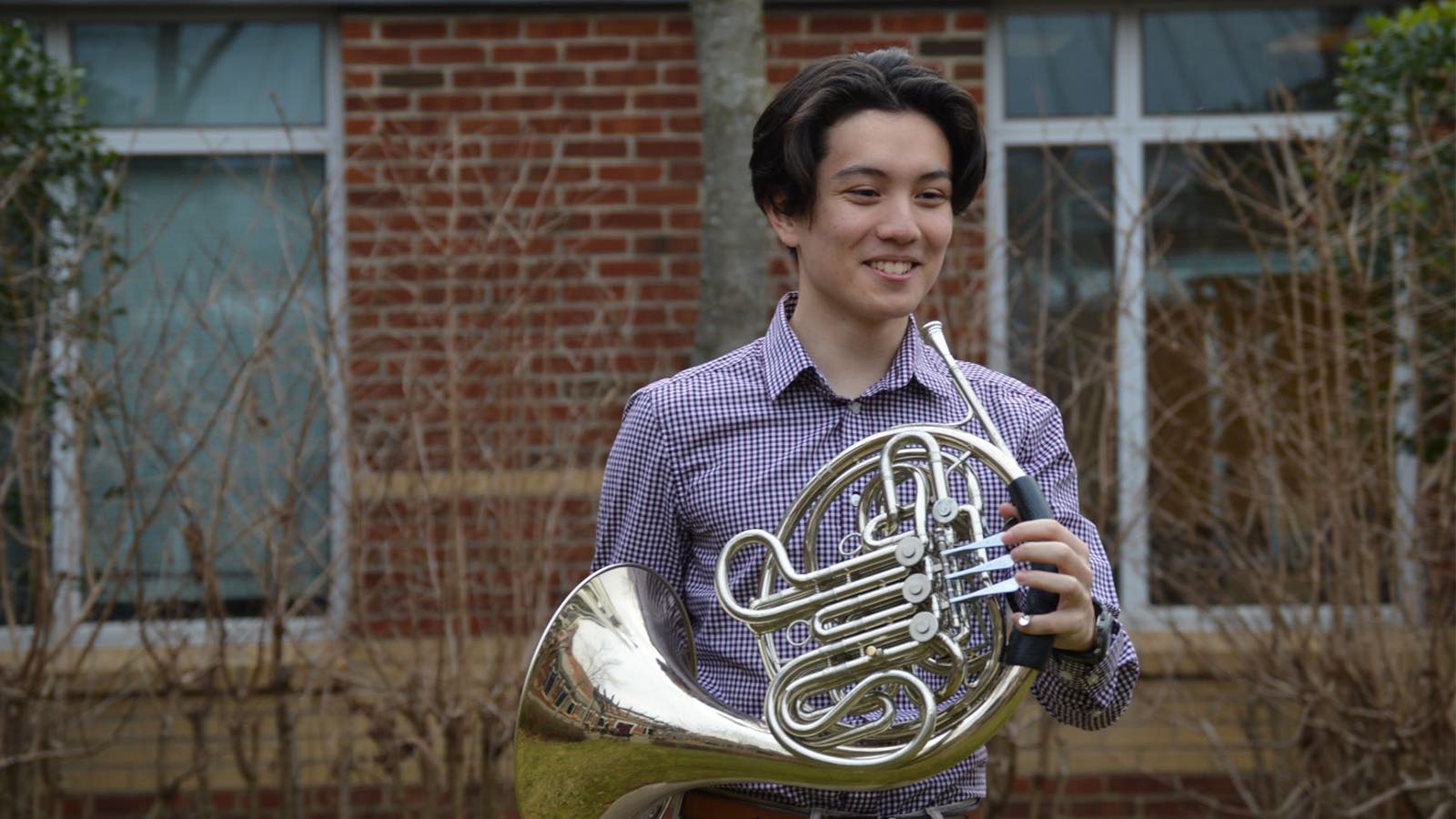