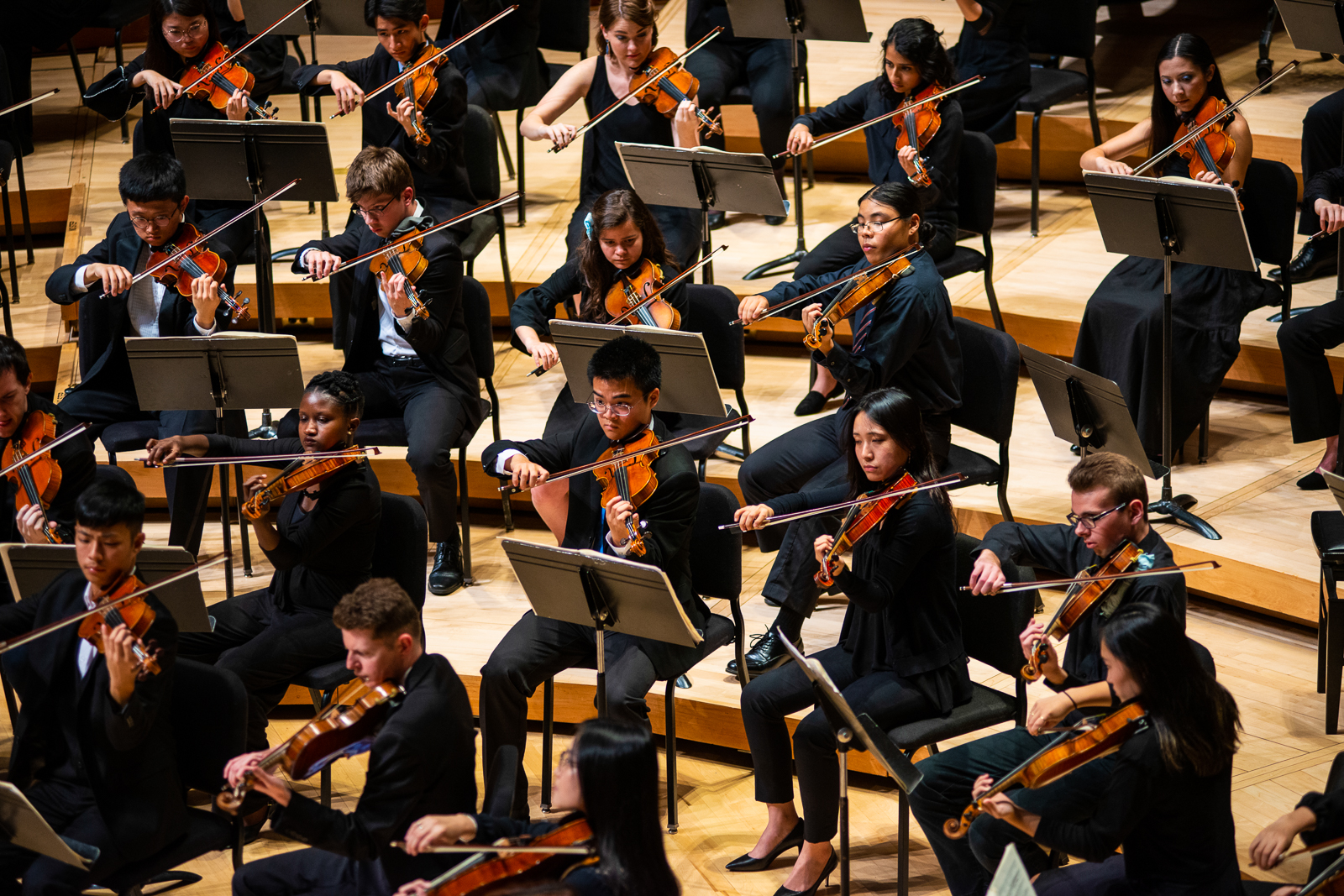 Under the baton of David Neely, the UMD Symphony Orchestra opens its season with Valerie Coleman’s Umoja, Pavel Haas’ Study for String Orchestra and Sergei Prokofiev’s Symphony No. 5. “Umoja” means unity in Swahili, and is one of the seven principles of Kwanzaa. Commissioned by the Philadelphia Orchestra and performed at Carnegie Hall in 2019, Coleman’s composition is ethereal while also beautifully simple. A call for peace, it advocates for unity through social justice in the face of racism and hatred. “Now more than ever, Umoja has to ring as a strong and beautiful anthem for the world we live in today,” said Coleman.

Czech composer Haas composed Study for String Orchestra during the Holocaust while a prisoner in Terezín Concentration camp in the Czech Republic. Haas, along with many other composers who included Viktor Ulmann, Hans Krása and Gideon Klein, fell victim to the gas chamber before the war ended. Fellow prisoner and conductor Karel Ančerl performed the piece many times in the camp, and rescued the music when the camp was liberated. A double bass part was later added to comprise the current form. It is based on themes from Haas' opera Sarlatan (The Charlatan).

Prokofiev’s magnificent Fifth Symphony was composed in 1944, just before the end of World War II. This symphony is filled with gorgeously expressive melodies ranging from dark to victorious that some have interpreted as hinting at the Allies’ unified victory to come. Prokofiev was born near Donetsk, Eastern Ukraine. While outwardly heralded by the Soviet regime, he suffered multiple humiliations and was never allowed to leave the Soviet Union again after returning to Moscow from the United States.