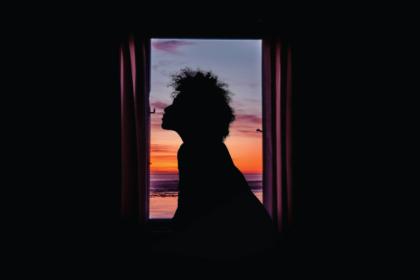 This comedy drama by Lydia R. Diamond explores issues of race and class privilege through the story of the LeVays, a wealthy African American family vacationing at their home in Martha’s Vineyard. Set by the beach, Stick Fly reflects the shifting sands of power dynamics as the family negotiates difficult conversations and finds the language to communicate with loved ones.

Concessions:
The Clarice lobby concession bar Encore will be open for food and beverage sales for the following Stick Fly performances:

Set in 2005, STICK FLY comes right on the heels of a 2004 Democratic National Convention in which a Black man “with a funny name” (his words, not mine) came crashing onto the scene with a keynote address that would set up an improbable run for the highest office in America. The speech set off a firestorm of speculation and wildly premature musings of a post-racial America. That utopian view, now far in the rear-view mirror, exposed the undeniable gap between the freedoms and aspirations espoused in the founding documents of this country and the reality of racial inequality in America. In fact, (then Senator) Obama’s meteoric rise reinvigorated dialogues about the structural inequities invested in the construct of “whiteness;” inequities which eventuate in adjacency and/or access to capital, education and class.
STICK FLY was written at a time when, other than The Cosby Show, Living Single, Girlfriends and a few other sitcoms, you just didn’t see upper and middle class Black folx represented on screen and even more rarely on stage. The theatre of the ’80s and ’90s was the time of JELLY’S LAST JAM and August Wilson’s decalogue depicting the 20th century struggles of the African American family and the fight for safety, identity, acceptance and upward mobility. Now, embarking on the 21st century leg of this uniquely American journey toward full Americanness, many of the new “New Negroes” have indeed moved on up and gotten the keys to that deluxe apartment in the sky (high-high)....
Now what?
STICK FLY introduces us to the potentialities and limitations of intersectionality as the characters face the special interests of the privileged few and/or the ownership class. Just as class, race and gender battle for psychic space within us, the LeVay clan must navigate the same choppy waters surrounding Martha’s Vineyard, an island that acts as both sanctuary and fortress, providing access to generations of privileged Black elites while remaining an unobtainable experience for others.
Here in Prince George’s County, the nation's most affluent majority Black county, we face similar inequities in our experiences as Black Americans. We must decipher the intersecting narratives that both hide and reveal the story of generational inheritance (both monetary and epigenetic) and which are intrinsic to the success (or failure) of understanding our role in this American experiment.
The play examines race and gender tropes through lived experiences and embodied realities of its characters…realities that crash down like the waves of the Atlantic on the shores of Martha’s Vineyard that surround the LeVay household, eroding the foundations of patriarchal controls of decorum and other rules of engagement. This play “tells the truth/shames the devil'' and has a bit of fun while doing so. It is about class, race and gender, yes, but at its core it is about family and the act of love that is discovered by remaining in the room to host those things that need to be exorcized in order to move forward. For the LeVay’s, identification of the ways in which privilege works in America and in their own lives provides a path to catharsis and caretaking as they seek authorship of their own narratives and authenticity in their own relationships.
I am grateful for these performers and this design team and I am grateful for you, our audience, for the opportunity to mix it up here in The Clarice Smith Performing Arts Center at UMD. Welcome back to the theater and thank you for being a part of the conversation.
--KenYatta Rogers, director

A special thank you to Maura Keefe and Scot Reese for the opportunity to work with this script, this cast and this team. To Jenn Schwartz and Jenny Male for their steady hand and their counsel. To Safiya Muthaliff and the stage management team for their patience and professionalism. To the cast for their talent and their soul/work on this production. To the Montgomery College grads traversing the halls of The Clarice Smith Performing Arts Center for making this a second home for me. And to Michelle, Kasai and Mecca for never letting me forget what Love is.
--KenYatta Rogers, director