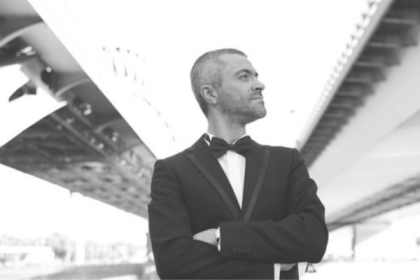 Photo Courtesy of the Artist

PROGRAM MENU: PROGRAM • ABOUT THE ARTIST 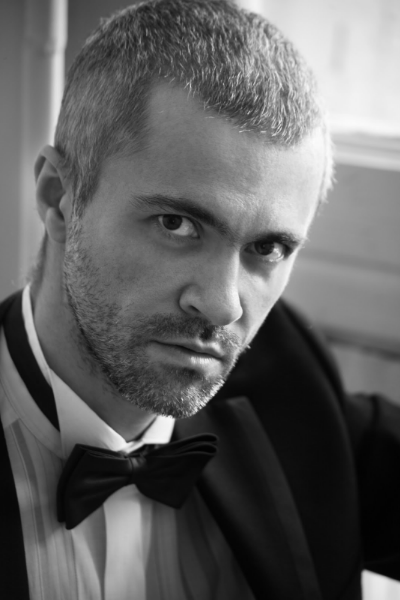 PAVEL NERSESSIAN
“His performance brought a veritable roar of approval from the audience,” wrote the Irish Times after Nersessian received the 1st Prize in the GPA Dublin International Piano Competition in 1991. Being one of the most remarkable pianists of his generation in Russia, he is known for his ability to play equally convincingly in the whole palette of the piano repertoire. He won prizes in the Beethoven Competition in Vienna in 1985, the Paloma O’Shea Competition in Santander and the Tokyo Competition.
Nersessian was a pupil of the famous Central Music School of the Moscow Tchaikovsky Conservatoire, where his teacher was Yu. Levin. Later, he was a student of the Conservatoire under S. Dorensky. Upon graduating from the Conservatoire in 1987 with maximum marks, he was invited to join the faculty.
Nersessian has been touring Russia and surrounding states from the age of eight, and has given performances in London, Glasgow, Edinburgh, New York, Los Angeles, Paris, Cannes, Leipzig, Vienna, Budapest, Madrid, Tokyo, Osaka, Seoul, Dublin, Muenchen, Caracas, Rio de Janeiro, Belgrade, Cairo, Kiev, Beijing and many other cities.
Nersessian, by special invitation from the Kirov and the Perm Ballet, performed the solo part in Balanchine’s Ballet Imperial based on the music of Tchaikovsky’s 2nd Piano Concerto with performances in the Kirov, Bolshoi, Chatelet and Covent Garden. He also played a solo part in J. Robbins’ ballet “The Concert (Or, The Perils of Everybody)” on the music of F. Chopin.
He is known for his collaboration with chamber music groups and other musicians, such as the Borodin and Glinka Quartets, the National Symphony Orchestra in Russia, Thomas Sanderling, Tugan Sokhiev, Alexandr Chernushenko, Valeriy Polyansky, Mikhail Agrest, Pascal Moragues, Julius Milkis, Evgeny Petrov, Pavel Kogan, Abel Perreira, Benjamin Schmid, Stepan Yakovich, Ani Kavafian, Andrei Gridchuk, Alena Baeva, Zlatomir Fung, Filip Kopachevsky, Yana Ivanilova, Nina Kogan, Mikhail Bereznitsky, Maxim Emelyanychev, Diana Vishneva, Philippe Cassard, Alexandre Lazarev, Gaik Kazazyan, Lukas Geniushas, Richard Young, Valentin Uriupin, Itamar Zorman, Yulia Lezhneva and many others. He has recorded numerous discs with compositions of Chopin, Schumann, Schubert, Brahms, Tchaikovsky, Beethoven and Shostakovich, and he has given masterclasses in the USA, Russia, Estonia, Kazakhstan, Ireland, Germany, Spain, Italy, Korea, Brazil and Japan.
In 2005, he became a merited artist of the Russian Federation.
For more than 25 years, Nersessian has been assisting his teacher, professor S. Dorensky. He has worked with such talented pupils as N. Lugansky, D. Matsuev, V. Rudenko, O. Kern, A. Shtarkman, Yu. Stadler, I. Tasovats, F. Amirov, M. Amara, A. Dossin, V. Igoshina, A. Mamriev, V. Korchinskaya-Kogan, S. Simonian, Z. Chochieva, G. Chaidze, N. Pisareva, A. Sychev, F. Kopachevsky, P. Kolesnikov, A. Tarasevich-Nikolaev, L. Bernsdorf, P. Elisha and many others.
Nersessian served as a jury member in many international piano competitions, including Dublin, Hamamatsu, Sendai, Maria Canals in Barcelona, Hilton Head, Almaty and Valencia, among others.
In 2013, he joined the faculty at Boston University as a professor of piano.
Archived Event