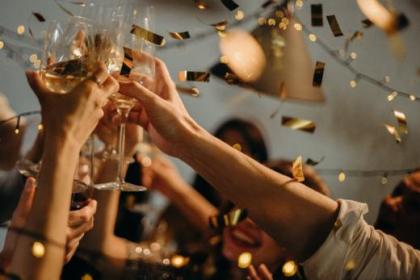 Please note: The livestream for this performance will only be live. The stream will not be available to view afterwards.

In the 20th-century, Jewish composers came into their own: both in America and in Europe their voices resounded. American composers combined everything from Broadway and jazz to Hebrew prayer melodies in their life-affirming music while composers who died in World War II concentration camps have been rediscovered, their voices no longer silenced. There is a toast in Hebrew which means "to life," and this concert celebrates the Jewish composers who never stopped celebrating life—L'chaim!

This faculty recital will feature the music of Schoenfield, Bernstein, Golijov, Gershwin, Ran and Kattenburg.

Patrons attending University of Maryland arts events are no longer required to show proof of vaccination or a negative COVID-19 test. We continue to encourage audiences to wear a mask and stay current with vaccinations and boosters. Please see our Health & Safety information page for information about what to expect during you