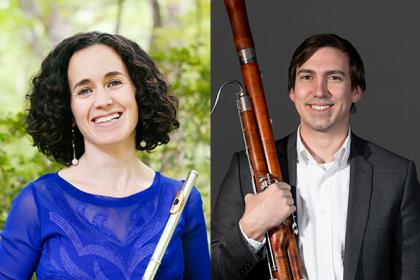 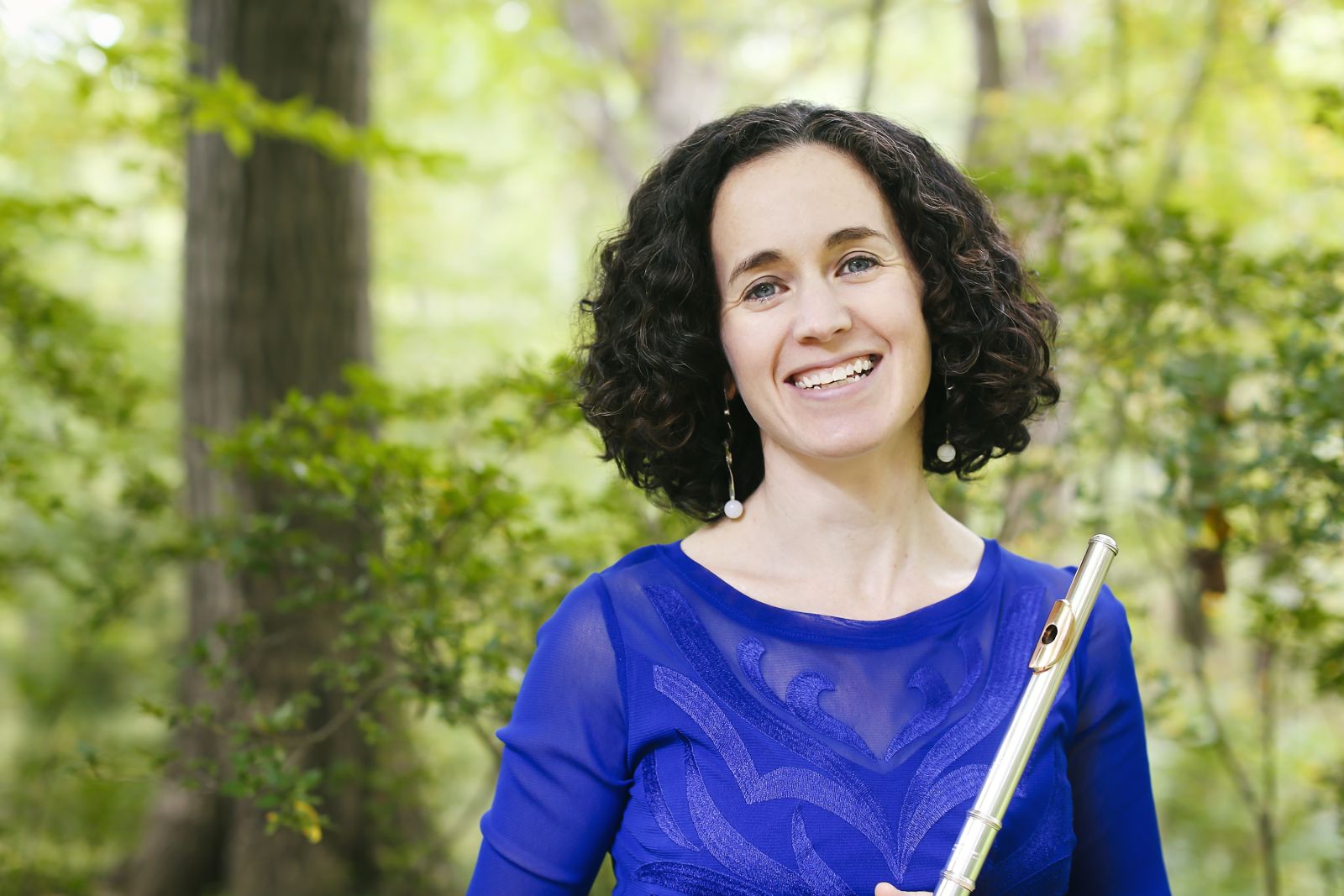 Equally at home on the solo, chamber and orchestral stages, Sarah Frisof is a passionate flutist and educator. As a soloist, Frisof was the second-prize winner of both the National Flute Association Young Artist Competition and the Heida Hermanns International Woodwind Competition, and she was a semi-finalist in the 2009 Kobe International Flute Competition. As a committed proponent of contemporary music, Frisof frequently premieres major works. In June of 2016, Frisof and her collaborative partner, Daniel Pesca, piano, released their first album, “The Flute Music of Joseph Schwantner,” an authoritative recording of all of Schwantner’s major works for flute. Her second album, “Beauty Crying Forth,” a survey of music by female composers across time, was released in August of 2020.
In addition to Frisof’s work as a solo artist, she is an active orchestral and chamber musician, having worked with major symphony orchestras across the country, including the Baltimore Symphony, Chicago Symphony, Boston Symphony, New York Philharmonic, Dallas Symphony, Kansas City Symphony and many others. In the summers, Frisof plays with several festival orchestras including the Sunflower Festival (Topeka, KS), and Music in the Mountains (Durango, CO). Frisof is an active member of Sound Impact, a chamber collective of musicians dedicated to serving communities and igniting positive change in the US and abroad through live performance, educational programs and creative collaborations with other artists and art forms.
She has taken her passion for education to global audiences, including working with young students in Zimbabwe and Brazil. A graduate of the Eastman School, The Juilliard School and the University of Michigan, she was formerly the professor of flute at University of Kansas and the University of Texas at Arlington. Frisof is currently the associate professor of flute at the University of Maryland. 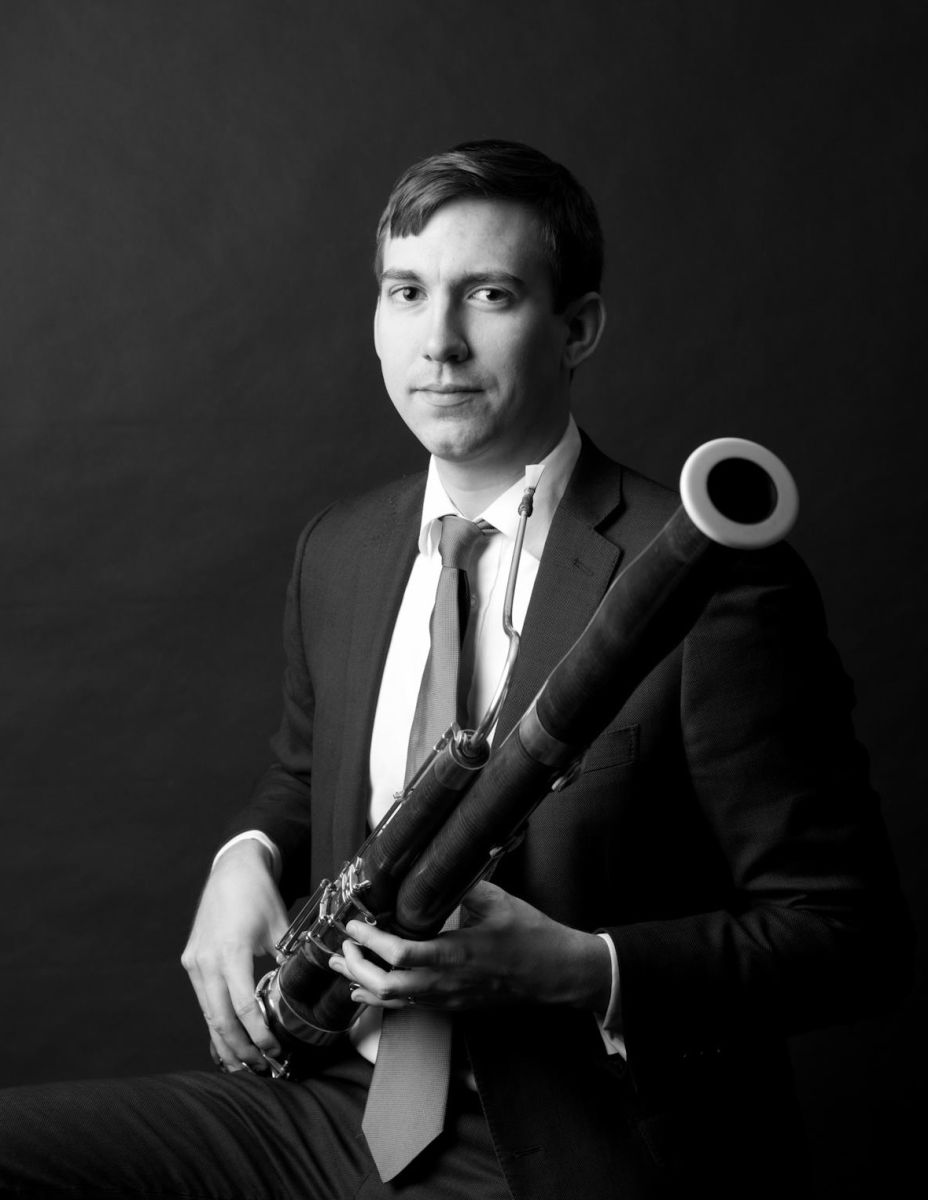 Joseph Grimmer is principal bassoon of the Kennedy Center Opera House Orchestra/Washington National Opera Orchestra and lecturer of bassoon at the University of Maryland. He also holds the principal bassoon position of the Harrisburg Symphony Orchestra and the Cabrillo Festival of Contemporary Music. He previously served as principal bassoon with the Jacksonville Symphony, was a member of the Houston Grand Opera Orchestra, acting assistant principal bassoon with the Naples Philharmonic, and spent six summers as assistant principal bassoon with the Colorado Music Festival Orchestra in his hometown of Boulder, Colorado. He has performed as guest principal bassoon with the Detroit Symphony Orchestra, Baltimore Symphony Orchestra, Grand Rapids Symphony, IRIS Orchestra, Savannah Philharmonic and Windsor Symphony Orchestra. He has also performed with the Milwaukee Symphony and Arizona Musicfest Orchestras.
Grimmer was a fellow at the Lucerne, Aspen and Sarasota Music Festivals and a prize winner at the International Double Reed Society’s Young Artist Bassoon Competition in Birmingham, England. He was recently awarded an Independent Artist Award by the Maryland State Arts Council. He is a faculty member and woodwind chamber music director of the Miami Music Festival and maintains a private bassoon studio.
Grimmer performs frequently throughout the DMV area with the Juniper Trio with oboist Jamie Roberts and pianist Jamila Tekalli. He previously taught at the Shenandoah Conservatory and has given masterclasses in Spain, Sweden, Canada and throughout the USA. Grimmer earned his Master of Music degree from Rice University’s Shepherd School of Music, where he studied with Benjamin Kamins. He also studied with William Winstead at the University of Cincinnati’s College-Conservatory of Music, where he earned his Bachelor of Music degree.
Grimmer makes his home in the Historic District of Hyattsville, Maryland, with his wife, Jessica, and their mini-goldendoodle, Fozzie. 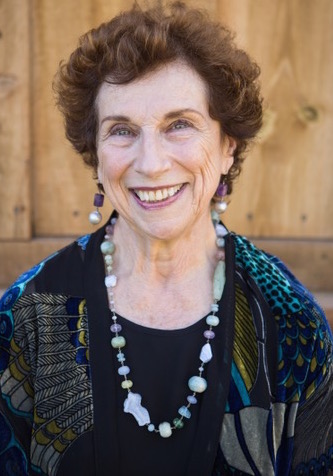 Rita Sloan is acknowledged internationally as a leading teacher of piano, collaborative piano and chamber music. In 1999, she was appointed a piano faculty member and director of the collaborative piano program at the University of Maryland. She now holds the rank of professor. As an artist faculty member at the Aspen Music Festival, Sloan founded their collaborative piano program. She has performed as soloist with both the Aspen Festival Orchestra and Chamber Symphony as well as in chamber music with many of Aspen’s distinguished guest artists including pianists Wu Han and Orli Shaham, violinists Sarah Chang and Nadia Salerno-Sonnenberg, cellist Gary Hoffman, bassist Edgar Meyer and flutist Emmanuel Pahud.
Teaching residencies and masterclass presentations have included Tainan National University of the Arts and National Normal University in Taiwan, China Conservatory in Beijing, China, leading universities in Seoul, Korea, London’s Royal College of Music, American universities and conservatories including numerous visits to the Juilliard School in New York. Sloan has performed with orchestra, in recital, and in chamber music throughout the U.S., Europe, South America and Japan. She has been a guest in many chamber music venues and has performed with members of the Emerson and Guarneri String Quartets.
Born in Russia to Polish parents, Sloan graduated from the Juilliard School, where she studied with Martin Canin and Rosina Lhévinne. Further studies were with Leon Fleisher, Aube Tzerko, Herbert Stessin and Vladimir Ashkenazy.
Archived Event