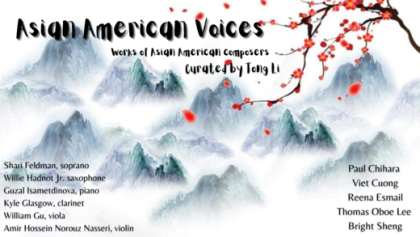 Please note: The livestream for this performance will only be available live. The stream will not available to view after the performance.

A School of Music student-led concert celebrating the voices and experiences of Asian Americans through the medium of music. Curated by music student Tong Li, this recital will be a memorial to those who recently lost their lives in a string of rising anti-Asian hate crimes. This concert was made possible by a School of Music M-Cubator grant. These grants provide seed funding for students to pursue creative or scholarly projects in music that are entrepreneurial in nature and extracurricular in scope. 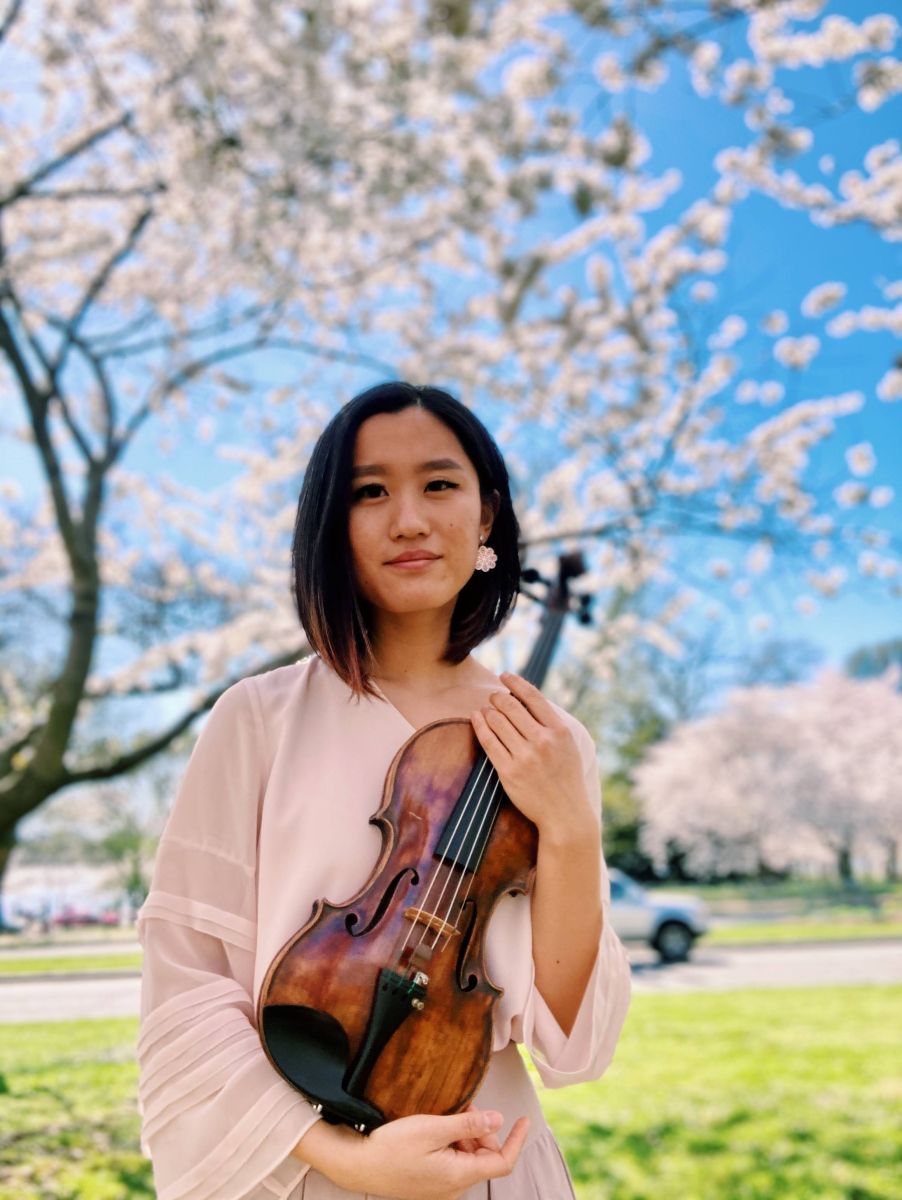 TONG LI
Concert curator Tong Li, violinist, is the current chamber music graduate assistant at the University of Maryland School of Music studying with James Stern, where she was a finalist of the UMSO concerto competition and the recipient of the M-cubator grant award. She did her undergraduate studies at the Eastman School of Music with Renee Jolles and was a graduate of the Cleveland Institute of Music Preparatory Division. She frequently played with Symphoria and was an associate member of the Chicago Civic Orchestra for its 2020–21 season. She has participated in festivals such as Interlochen, Brevard, AIMs in Graz, the Maine Chamber Music Seminar and the Detroit Symphony Orchestra institute. Li has soloed with the Lakeland Civic Orchestra and also the St. Petersburg Music Academy Chamber Orchestra, and has served principal positions in the University of Maryland Symphony Orchestra, Brevard Music Center Orchestra and Eastman Philharmonia, among others. She has performed in masterclasses for Gary Levinson, Audrey Wright, Frank Huang, Giora Schmidt, Melissa White, Ani Kavafian and Peter Zazofsky. Li enjoys an active teaching and performance schedule in the DMV area. 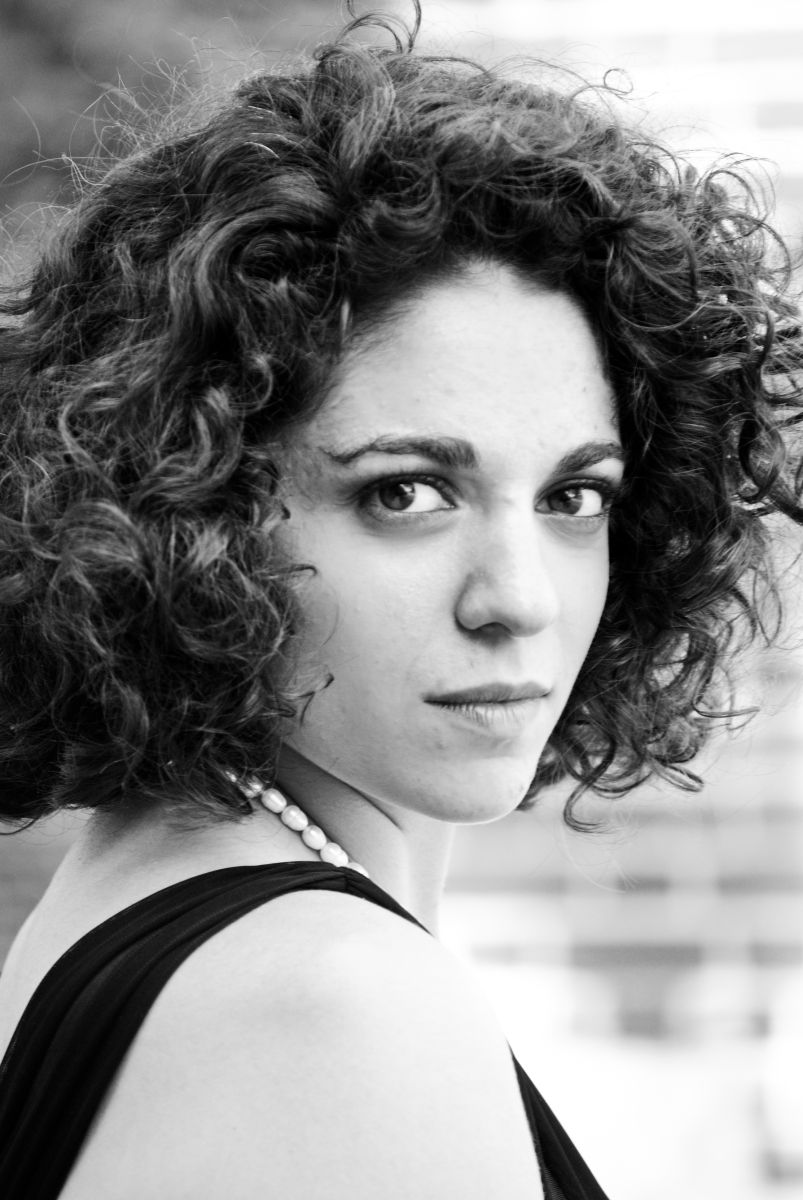 SHARI EVE FELDMAN
Shari Eve Feldman, soprano, is a doctor of musical arts candidate in voice performance at the University of Maryland School of Music, where she studies with mezzo-soprano Delores Ziegler. In addition to her studies, she teaches private lessons for the School of Music and is a graduate assistant for the Honors College, where she supports the Honors Humanities Living Learning Program and curriculum. Feldman is passionate about all things musical, including chamber music collaboration, avant garde performance practice, and the intersection of ‘sister arts’ poetry and music within contemporary classical song literature. She has sung in projects ranging from large choral, orchestral and operatic works to solo recital engagements with the Baltimore Concert Opera, Opera Delaware, Choir School of Delaware, the Jerusalem Symphony Orchestra, Washington Piano Society, New Music Delaware Festival, The Arts Club of Washington, TEMPO New Music Ensemble, StageFree, the Baltimore Symphony Orchestra and the National Symphony Orchestra. Feldman is currently working on a dissertation that explores the life cycle of the art song from the 19th to 21st centuries, first through the eyes of American poets Amy Lowell and Emily Dickinson and reimagined through 20th century composers.
A proud “Blue Hen,” Feldman holds both a bachelor of arts in music and a master of music from the University of Delaware, as well as a graduate certificate in nonprofit management from the University of Maryland School of Public Policy and Do Good Institute. She maintains a private studio of voice students and teaches song literature, opera history and style analysis classes through Prince George’s Community College. She also cantors for the Riderwood Jewish Community in Silver Spring, MD. 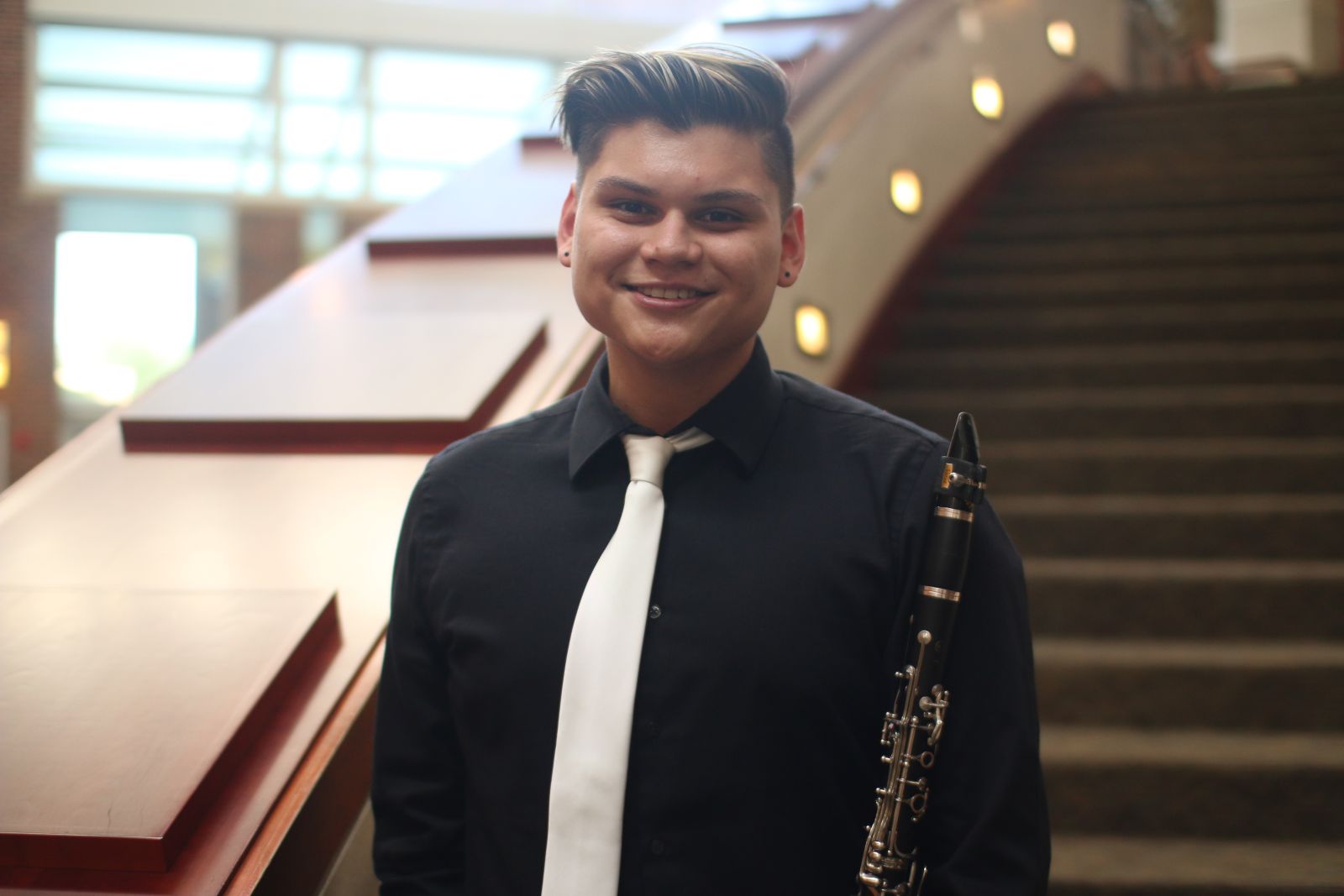 KYLE GLASGOW
Kyle Glasgow is studying at the University of Maryland, College Park for a master's degree in clarinet performance, having just earned his bachelor's from the same institution. Along with serving as the clarinetist of Ignis Fellowship Quintet, Glasgow aims to continue premiering new music with the goal of amplifying the voices of underrepresented composers in the western classical music world. He has a particular interest in modern recording and audio engineering and production. Through collaborative efforts in community engagement and outreach, recording and utilizing modern technology in tandem with traditional performance principles, Glasgow aims to push both the boundaries of chamber music and classical clarinet beyond the standard classical canon. He has a multifaceted musical skill set with additional skills in clarinet repair, reed making, conducting and aural skills. Specializing in the E-flat clarinet, he is an experienced auxiliary clarinetist and can be heard on several reference recordings for the Naxos musical database. Glasgow has performed in clinics and masterclasses around the world including the Princess of Asturias program in Spain, ClarinetFest in Ostend, Belgium and the Interlochen Center for the Arts. He teaches a private studio of clarinetists of all ages in the DMV area, and he serves as the co-conductor of the New Horizons Clarinet Choir and as a clarinetist for the Polka Terps. He continues to study with Robert DiLutis at the University of Maryland as well as with several other clarinetists in the region. 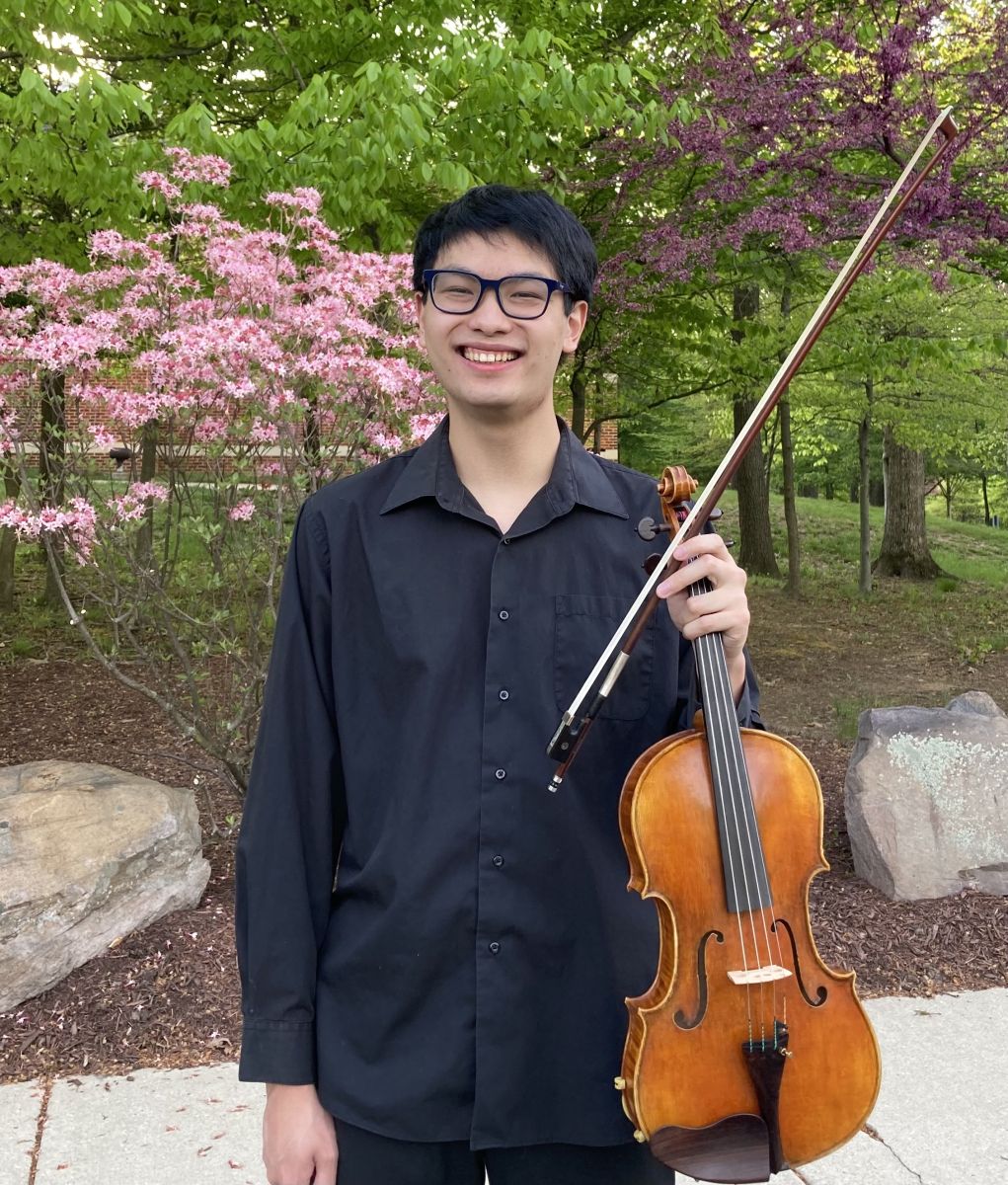 WILLIAM GU
William Gu is a Chinese American musician from Rockville, Maryland. He is currently pursuing an undergraduate degree in viola performance at the University of Maryland, College Park under the tutelage of Katherine Murdock. He has attended summer chamber music festivals such as Green Mountain Chamber Music Festival and DaPonte String Quartet Institute. Gu is a passionate advocate of new music and has had the honor of collaborating with several living composers. He has performed many of these new works at events such as the District New Music Coalition Conference at Catholic University and TEMPO concerts at the University of Maryland. Recently, his original composition Daydream was premiered at the UMD-hosted event “Living Music” featuring the Pressez Quartet. In 2021, he was a finalist in the University of Maryland Concerto Competition, where he performed Bartok’s Viola Concerto. Gu has participated in masterclasses from distinguished performers and teachers such as Claudine Bigelow, Victoria Chiang, Roberto Diaz and Rita Porfiris. Engaging with the community is an important part of Gu’s artistic mission. He finds performing in retirement communities such as The Village at Rockville, Brightview Senior Living and Collington Retirement Home extremely rewarding. Gu values connecting with audiences and is grateful for the privilege of making music with friends he loves. 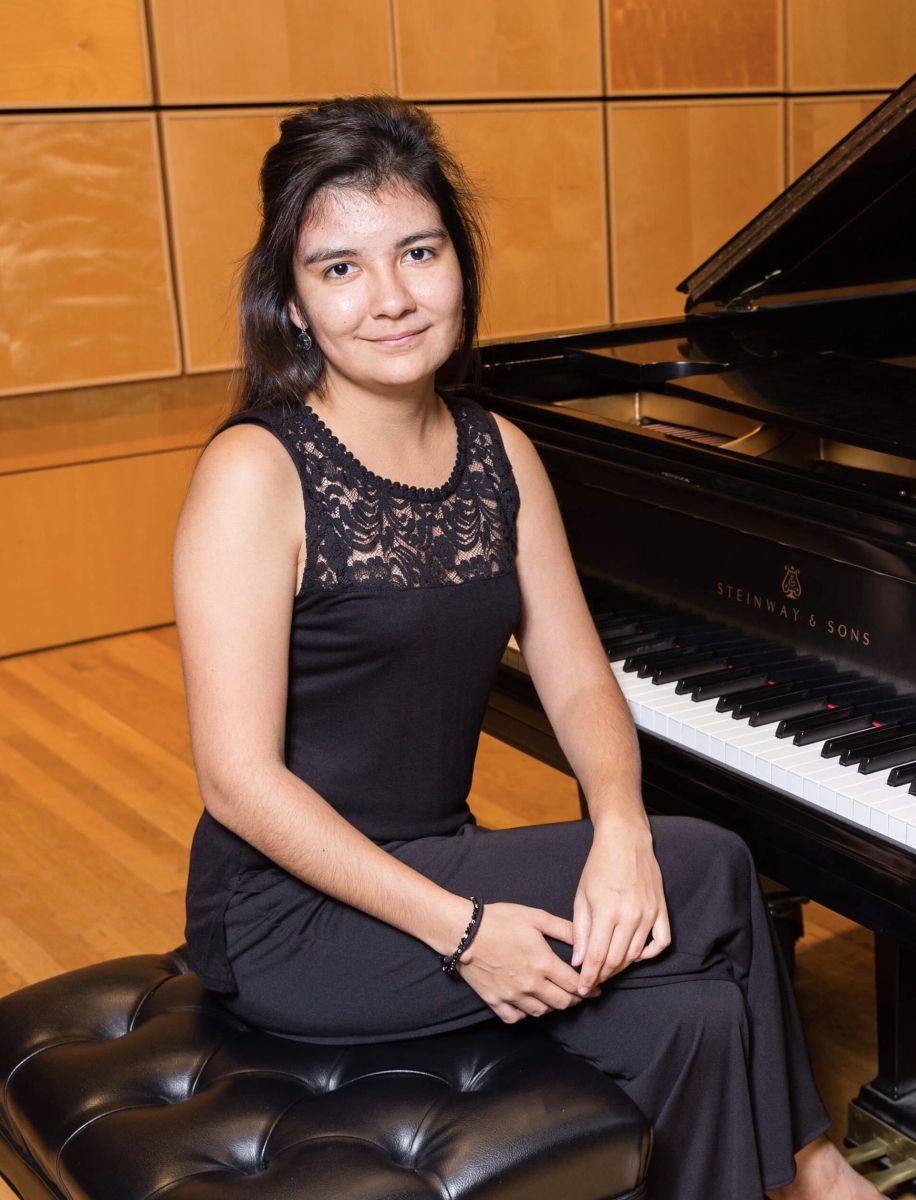 GUZAL ISAMETDINOVA
Uzbekistani pianist Guzal Isametdinova has cultivated her passion for music from a very early age. As a soloist, she appeared with a Chamber Orchestra of Uzbekistan, performing Mozart’s D minor concerto. As a chamber partner, Isametdinova won twice the John Oliveira String Competition as well as the Lyric Chamber Competition in 2018 in Florida with her group Trio Fantasia, which led to their New York recital debut. Additionally, she is a prize recipient of competitions held in the United States, Europe, Russia and Uzbekistan both as a soloist and a chamber musician.
Isametdinova’s experience as a pianist ranges from baroque repertoire to contemporary music, and she always tries to diversify her job as an artist by also specializing in organ and harpsichord playing. Isametdinova is currently pursuing a doctoral degree at the University of Maryland, College Park under the guidance of the renowned Rita Sloan. 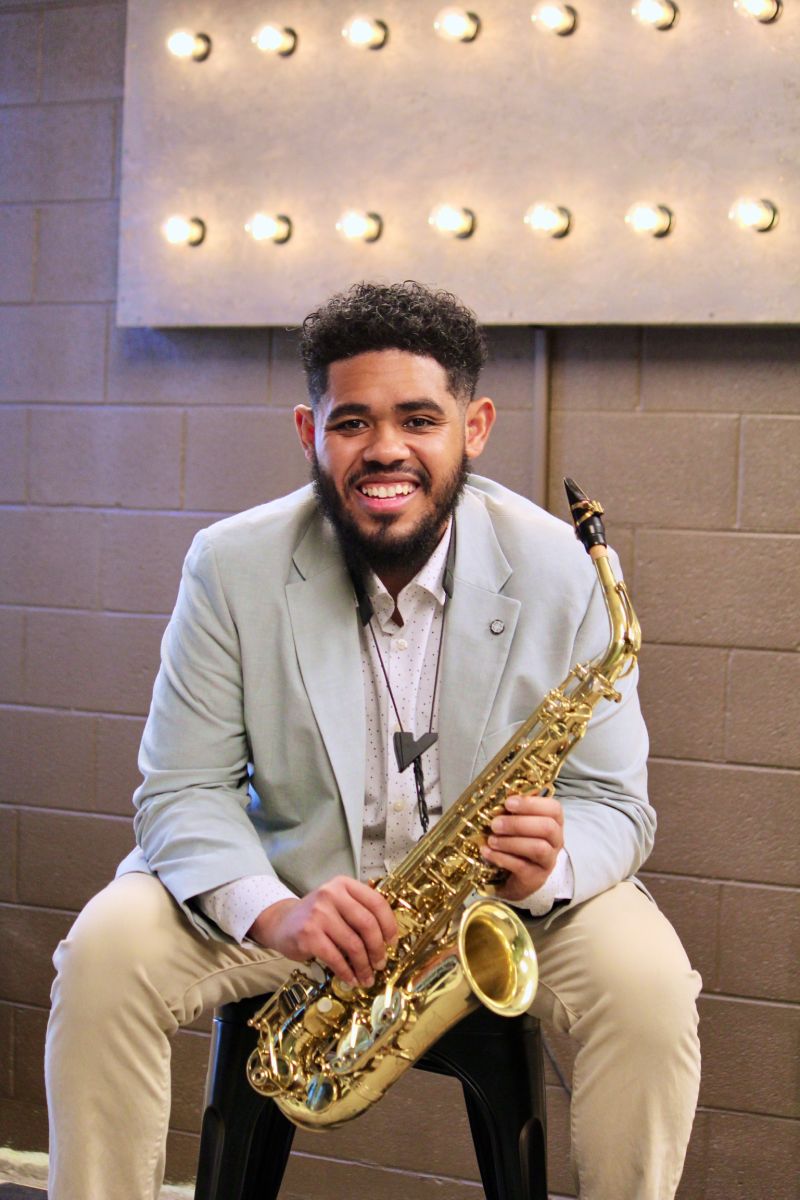 WILLIE BERNARD HADNOT, JR.
Willie Bernard Hadnot, Jr., was born and raised in Athens, TX. Hadnot’s musical journey started in church, singing in various choirs and learning piano to accompany the choir. Saxophone became Hadnot’s primary focus in middle and high school. Hadnot attended Trinity Valley Community College in Athens, TX, and was heavily involved in the music program. After receiving his associate in arts in music in 2015, Hadnot attended The University of Texas at Tyler, TX, where he studied saxophone under Sarah Roberts. Hadnot completed his bachelor of music in the spring of 2018.
Hadnot is currently pursuing a masters of music in saxophone performance at UMD under the instruction of Tim Powell. Hadnot was a recent finalist in the 2021 UMD Symphony Orchestra Concerto Competition and is a member of the UMD Wind Orchestra and the UMD Jazz Ensemble. Hadnot lives in Annapolis, MD, where he serves as a minister of music for Heritage Baptist Church. He is currently the interim middle school band and orchestra director for Annapolis Middle School. 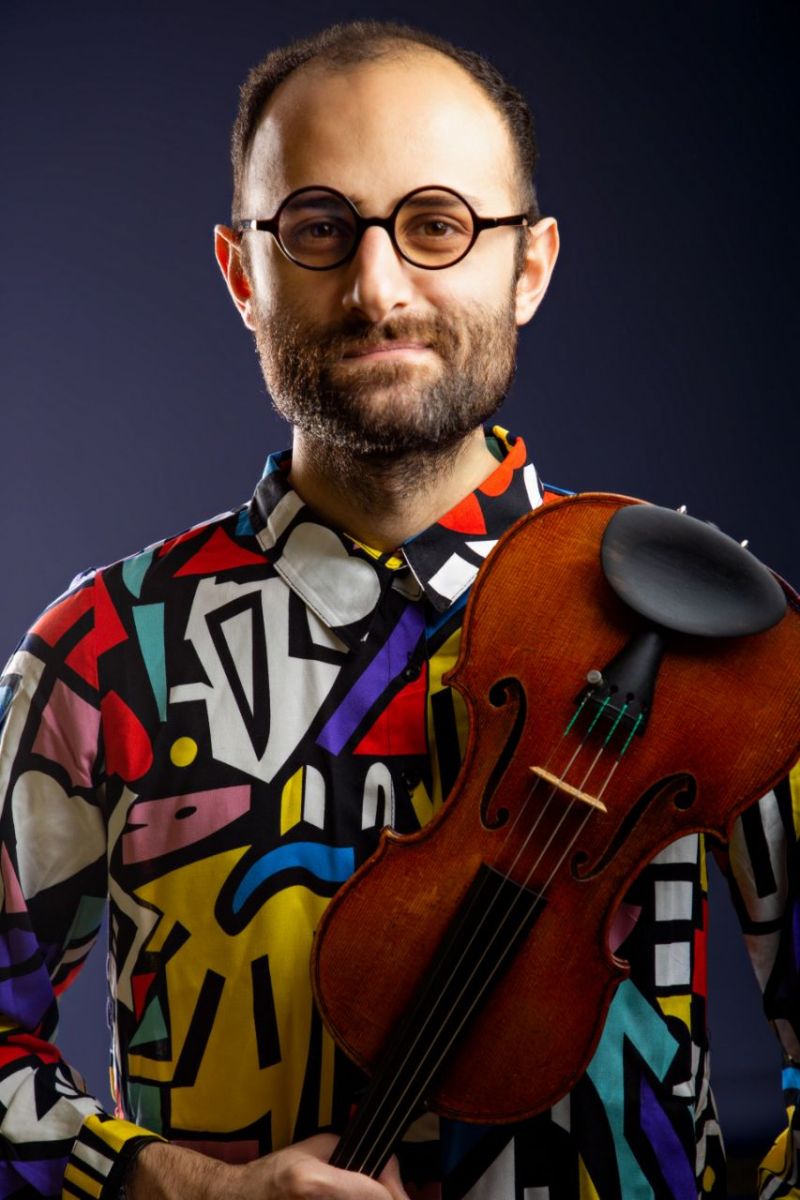 AMIR NOROUZ NASSERI
Amir Norouz Nasseri is an Iranian violinist and composer. He is a graduate of the University of Tehran, where he earned a bachelor of music in violin performance. His performance activities range from chamber music and solo concerts to performing with early music and historically-informed ensembles. Nasseri was a member of the early music ensemble “Tehran Baroque Music Atelier,” the only early music ensemble working in the country at the time. He has also been awarded the first prize at the Javan Music Festival and competition in Iran. He has composed soundtracks for several short independent movies and has been awarded two prizes for the best movie soundtrack at Nahal Film Festival in Tehran.
Nasseri is currently pursuing a master’s degree in violin performance at the University of Maryland, College Park under David Salness.
Archived Event