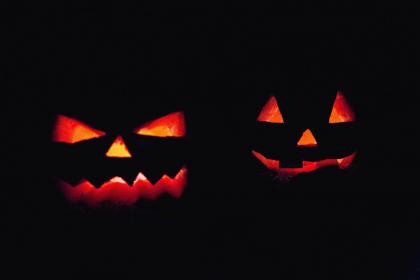 The digitial broadcast of this event will be available to view until December 1, 2021. You may access the recording here.

Attend in-person at The Clarice or watch the livestream from the comfort of your home.

Due to technical difficulties, the livestream link has been updated to: https://vimeo.com/640932519

Potter remains an active performer on the tuba, with special attention to music with alternative accompaniments and electronics. He has soloed twice with the University of Maryland Wind Orchestra, most recently on David Lang’s Are You Experienced? for solo electric tuba. Potter has appeared as a soloist and clinician across the United States. He has performed in music conventions and festivals around the world, including the United States Army Tuba-Euphonium Workshop and the Jungfrau Music Festival.

ALEXANDER SCOTT is pursuing a Master of Music in wind conducting at the University of Maryland, College Park where he currently serves as an instrumental conducting graduate assistant. He is a conducting student of Michael Votta, with additional mentoring from Andrea Brown and Craig Potter. In addition, he serves as interim music director for the Maryland Community Band and assistant conductor for the Bel Air Community Band.

Before coming to the University of Maryland, Scott taught for nine years at the elementary, middle and high school levels in Maryland public schools. For seven years, he was the music department chair and director of instrumental music at Meade Senior High School in Fort Meade, Maryland, where he was responsible for conducting the Concert Band, String Orchestra, Philharmonic Orchestra, Marching Band, Jazz Band, Steelband and Pit Orchestra. He also taught courses in international baccalaureate (IB) music, advanced placement (AP) music theory and guitar, and served as the school’s advisor for the Tri-M Music Honors Society.

While teaching at Meade Senior High School, Scott’s bands and orchestras consistently earned excellent and superior ratings at county and state adjudication festivals, and his marching band earned second place at the 2018 USBands Mid-Atlantic Regional Championships. His concert band was a member of a commission consortium for Anthony O’Toole’s Latin Dance Movements. Scott was a semifinalist for Music and Arts’ national Music Educator of the Year Award in 2016 and was the Maryland winner for School Band and Orchestra Magazine’s 50 Directors Who Make a Difference Award in 2018. His departmental leadership was recognized in both 2018 and 2019 by the NAMM Foundation with a Best Communities in Music Education designation.

CHRISTINE HIGLEY has just started her first year as a doctoral student in wind conducting at the University of Maryland, College Park, where she serves as a wind conducting graduate assistant and studies under Michael Votta.

Before coming to Maryland, Higley attended California State University, Los Angeles (CSULA), where she earned her Master of Music degree in instrumental conducting in Fall 2020, studying under Emily Moss and Christopher Gravis. In addition to her wind conducting responsibilities, Higley taught courses including “Intro to Music Education” and “Intro to Classical Music in Western Culture” at CSULA. She also served as the president of the CSULA chapter of the National Association for Music Education.

Before pursuing her graduate degrees, Higley was the band and orchestra director at Sunset Ridge Middle School in Salt Lake City, Utah, from 2014–18. She also taught elementary school beginning band and served on staff for the Copper Hills High School Marching Band.

In addition to teaching and conducting, Higley enjoys life as a horn player. She was the horn section leader for the CSULA Wind Ensemble and Symphonic Band, and has played with the Salt Lake Symphonic Winds, the Brigham Young University Idaho Symphony Orchestra and various chamber groups. She has studied with Nathan Campbell, Jon Klein and Bruce Woodward. Higley earned her B.M. in music education from BYU-Idaho.

MADELINE SWARTZ is a senior music education major at the University of Maryland, College Park, where she is a merit scholarship recipient. In addition to her education studies, Swartz maintains an active flute performance career. She plays in over 10 ensembles at the university, ranging from major performance ensembles, such as UMWE and UMWO, to student-run ensembles, such as OperaTerps and TEMPO. As an educator, Swartz is the president of UMD’s chapter of the National Association for Music Education and holds several leadership positions in the Mighty Sound of Maryland marching band. Swartz has studied flute with Sarah Frisof, Leah Arsenault, Sara Nichols and Delandria Mills, and has studied conducting with Andrea Brown, Craig Potter, Eli Wirth, Anoa Green and Alex Scott.

ALFRED MUÑA, JR., (“AJ”) is a senior at the University of Maryland, College Park, where he is pursuing dual degrees in music education and English language and literature. Muña is a recipient of the UMD President’s Scholarship, a member of the University Honors program in the Honors College and a research fellow investigating critical literacy and LGBTQ-inclusive teaching practices through Project RISE (Research Institute for Scholars in Education). As a music educator, Muña has taught private trumpet lessons and is currently a student teacher at both Clarksburg High School and Thomas G. Pullen K–8 Creative & Performing Arts Academy. As a trumpet player, Muña has performed with a number of ensembles at the University of Maryland, College Park—including the Wind Orchestra, Wind Ensemble, Jazz Lab Band and Repertoire Orchestra—and is a squad leader in UMD’s marching band, the Mighty Sound of Maryland. Muña studies trumpet under Chris Gekker and has studied conducting with Andrea Brown, Craig Potter, Edward Maclary and Alex Scott. This is Muña’s third semester as a member of the University Band and his first as a conductor of the ensemble.