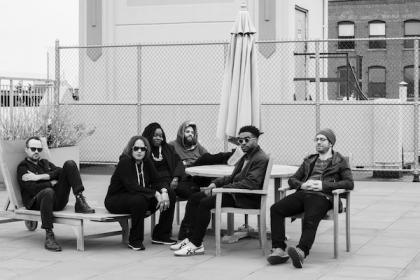 For nearly four decades, Grammy award winner and National Endowment for the Arts Jazz Master Terri Lyne Carrington has been on the front lines of creating a new form of jazz—one without patriarchy. Her work as a drummer and bandleader has earned her a Doris Duke Artist Award and three Grammys, including Best Jazz Vocal Album for “The Mosaic Project,” which exclusively featured female musicians. In 2018, she founded the Berklee Institute of Jazz and Gender Justice to address a long history of inequality and sexual harassment.

In late 2019, Carrington released “Waiting Game,” her seventh album as a bandleader and first with her new group, Social Science. The album leaps through an ebullient mix of improvised instrumental suites, electroacoustic textures and pointed social commentary. With pianist Aaron Parks and guitarist Matt Stevens, she guides a band built on kinetic energy and unbound curiosity. In the 2020-21 season, Carrington led a Jazz Clinic for students in the UMD School of Music’s Jazz Studies Division that focused on a lack of gender equity within the jazz community. She also participated in The Clarice’s popular Black Women in the Arts series alongside flutist/composer Nicole Mitchell and singer/songwriter Dianne Reeves. Behind the kit, Carrington is a commanding instrumentalist; as a bandleader, she is nothing less than the future of a more equitable jazz.

The Clarice is committed to creating extensive opportunities for our campus and community to engage with Visiting Artists throughout the season. During their time at UMD, members of Terri Lyne Carrington & Social Science will have engaged in:

Galvanized by seismic changes in the ever-evolving social and political landscape, Terri Lyne Carrington and Social Science confront a wide spectrum of social justice issues. The band’s stunning double disc debut, Waiting Game, immediately takes its place in the stirring lineage of politically conscious and activist music, expressing an unflinching, inclusive and compassionate view of humanity’s breaks and bonds through an expansive program melding jazz, R&B, indie rock, contemporary improvisation and hip-hop. Terri Lyne Carrington + Social Science were nominated for a Grammy, won an Edison Award for music and won three DownBeat Critics Poll Awards for Group of the Year, Album of the Year and Artist of the Year.

Due out November 8 via Motéma Music, Waiting Game is as thought-provoking and artistically evocative as it is musically exhilarating. Produced by Carrington and built around her friendship and collaboration with co-producers, pianist Aaron Parks and guitarist Matthew Stevens, and additional band members Morgan Guerin (bass & sax), Debo Ray (vocals) and Kassa Overall (MC/DJ), the album features a diverse ensemble that spans multiple generations, racial, ethnic, sexual and gender identities. The band states: “Along with a message of wakefulness, inclusiveness and noncompliance, we’ve summoned our musical influences to offer an eclectic alternative to the mainstream. Music transcends, breaks barriers, strengthens us and heals old wounds. Music is Social Science.”

On the purely instrumental DISC 2 is a breathtaking, 42-minute improvised suite entitled “Dreams and Desperate Measures,” by Carrington, Parks, Stevens and long-time Carrington cohort, bassist Esperanza Spalding. With additional orchestration by Edmar Colón, the suite presents an adventurous excursion musing on the idea of freedom, both personal and musical.

As Social Science was in its early stages, Carrington also founded the Institute of Jazz and Gender Justice at Boston’s Berklee College of Music, where she holds the position of Zildjian Chair in Performance. Both projects point to Carrington’s drive to combine her musical passion with her profound regard for humanity, inflamed by the cultural divisiveness brought into the light by the 2016 presidential election. “I think there’s an awakening happening in society in general,” she says. “I feel a calling in my life to merge my artistry with any form of activism that I’m able to engage in.”

Waiting Game is not the first time that Carrington has addressed her concerns for society, though it is the most direct and impactful. On her 2013 release Money Jungle: Provocative in Blue (GRAMMY winner for Best Jazz Instrumental Album), she offered a 21st-century reimagining of the Ellington-Mingus-Roach classic with a jaundiced eye on late-stage capitalism. Her previous and first GRAMMY-winning album, The Mosaic Project (2012), let its all-star all-female ensemble speak for itself, though its argument for gender equity in jazz rang through loud and clear.

At that time, Carrington preferred to focus on the music of The Mosaic Project rather than the gender of its musicians, though her thinking has shifted in the years since. “For a long time women in jazz didn't really embrace the issue because many of us were involved and somewhat invested in this patriarchal system that’s controlled jazz for so long,” she explains. “The culture nudged us to want to be considered one of the guys. There came a turning point for me where I realized we had the whole thing backwards. We need to be our authentic selves playing this music, and that needs to be accepted and nurtured. The same opportunities that help to develop young male musicians need to be there to develop young female musicians, and traditionally that hasn’t been the case, especially in early stage development.”

Carrington cites as one of her inspirations for the change in approach the Black Youth Project 100 (BYP100), the African American youth organization founded by activists Charlene Carruthers and Dr. Cathy Cohen in the wake of George Zimmerman’s acquittal for the killing of Trayvon Martin. The organization’s work helped Carrington to more fully integrate her personal identity into her musical life.

“I’ve realized that at this point in my life the lines between my politics and personal life have become blurred,” she says. “BYP100 really resonates with me, as a political home for anti-capitalists, radical Black feminists, abolitionists, artists, educators and many other types of freedom fighters. It’s helped me to see the value in the idea of collective liberation, which is really the core message of Waiting Game. I aspire to see the world through a Black, Queer, Feminist lens and want to encourage others to do so as well, because no one is liberated until everyone is.”

“In order to empower the current generation of women and girls,” reflects Matthew Stevens,” we must also engage men and boys. Gender equality should never be sold as a zero-sum game, but rather, (as research has repeatedly shown by studying counties with higher rates of gender equality) as being in everyone’s best interest. For white men” he adds, “the unconscious luxury of not being self aware—unaware of our gender, race and privilege— is, in fact, destructive and can’t continue to be left unexamined if we want a more equal society.”

“There is a tremendous amount of work to be done if we want to make this country actually live up to its as-yet-unrealized aspirations toward true freedom and equality,” adds Aaron Parks. “Activists and organizers have been doing a lot of the heavy lifting for a long time, and are absolutely crucial, but there’s an important role for everyone to play in this process. As a member of Social Science, I aim to listen to, learn from and amplify the voices of those who have been far too often marginalized and unheard. To help to share these stories, these songs of outrage, of hope, of despair, of healing, of love.”

Sonically, Waiting Game is a vivid reflection of the broad horizons of the band’s musical tastes, embellished and amplified by their receptiveness to dynamic collaboration. In regard to Carrington, this outing’s genre-blurring blend is more dazzling and expansive than anything she’s done in the past; what’s most impressive about Waiting Game is the way that it allows Carrington’s social consciousness to catch up to her virtuosic musicianship.

“In previous projects I’ve hinted at my concerns for the society and the community that I live in,” Carrington says. “But everything has been pointing in this direction. At some point you have to figure out your purpose in life. There are a lot of drummers deemed ‘great.’ For me, that’s not as important as the legacy you leave behind.” 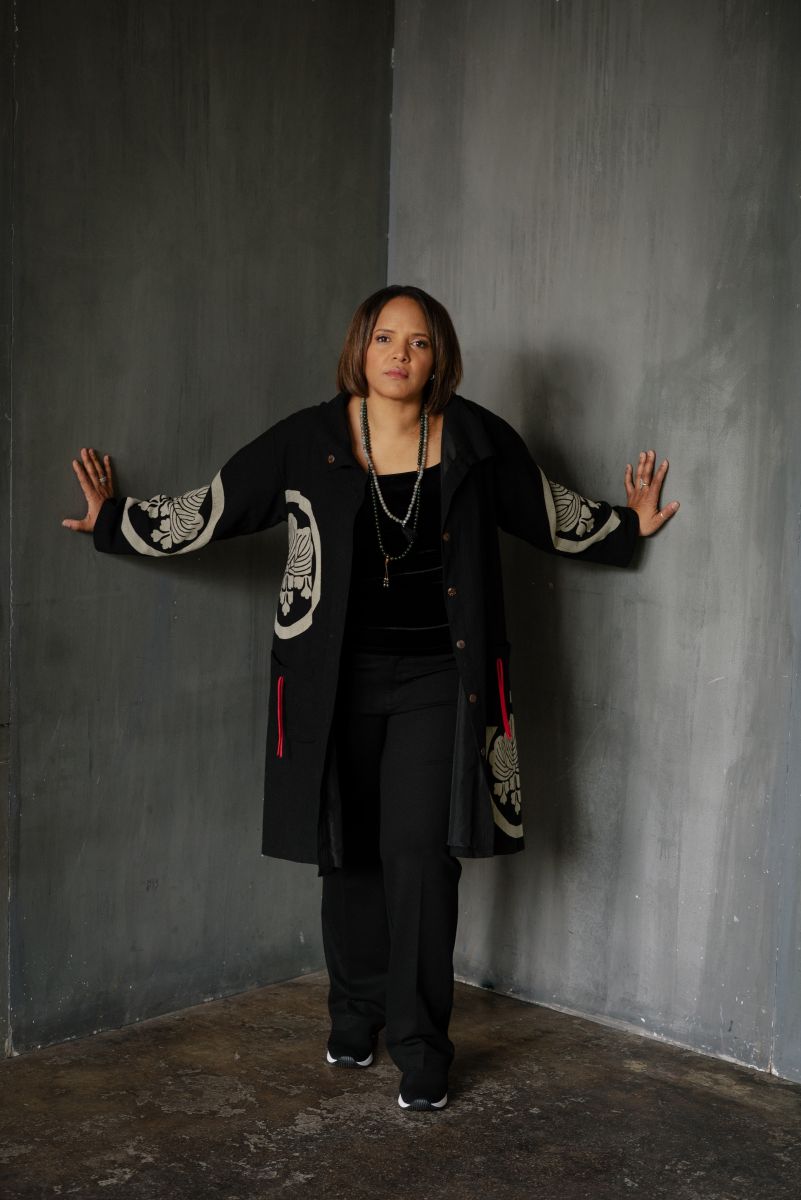 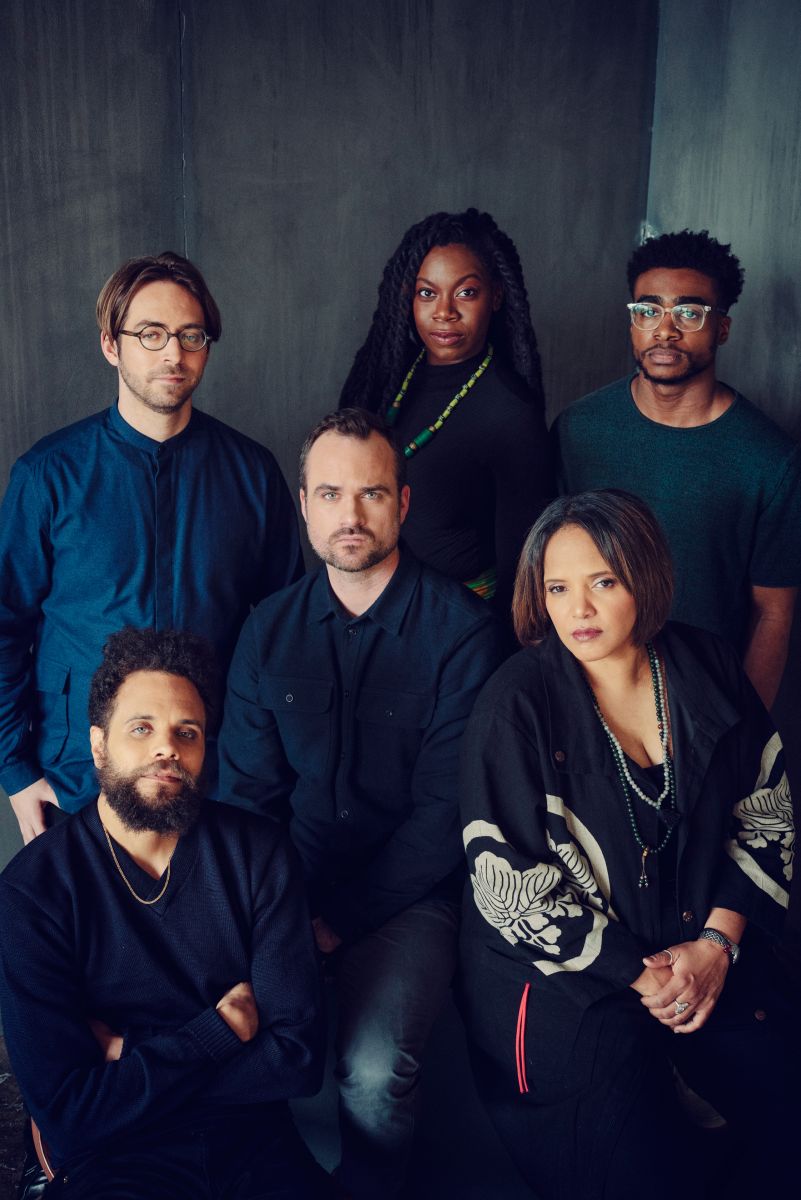 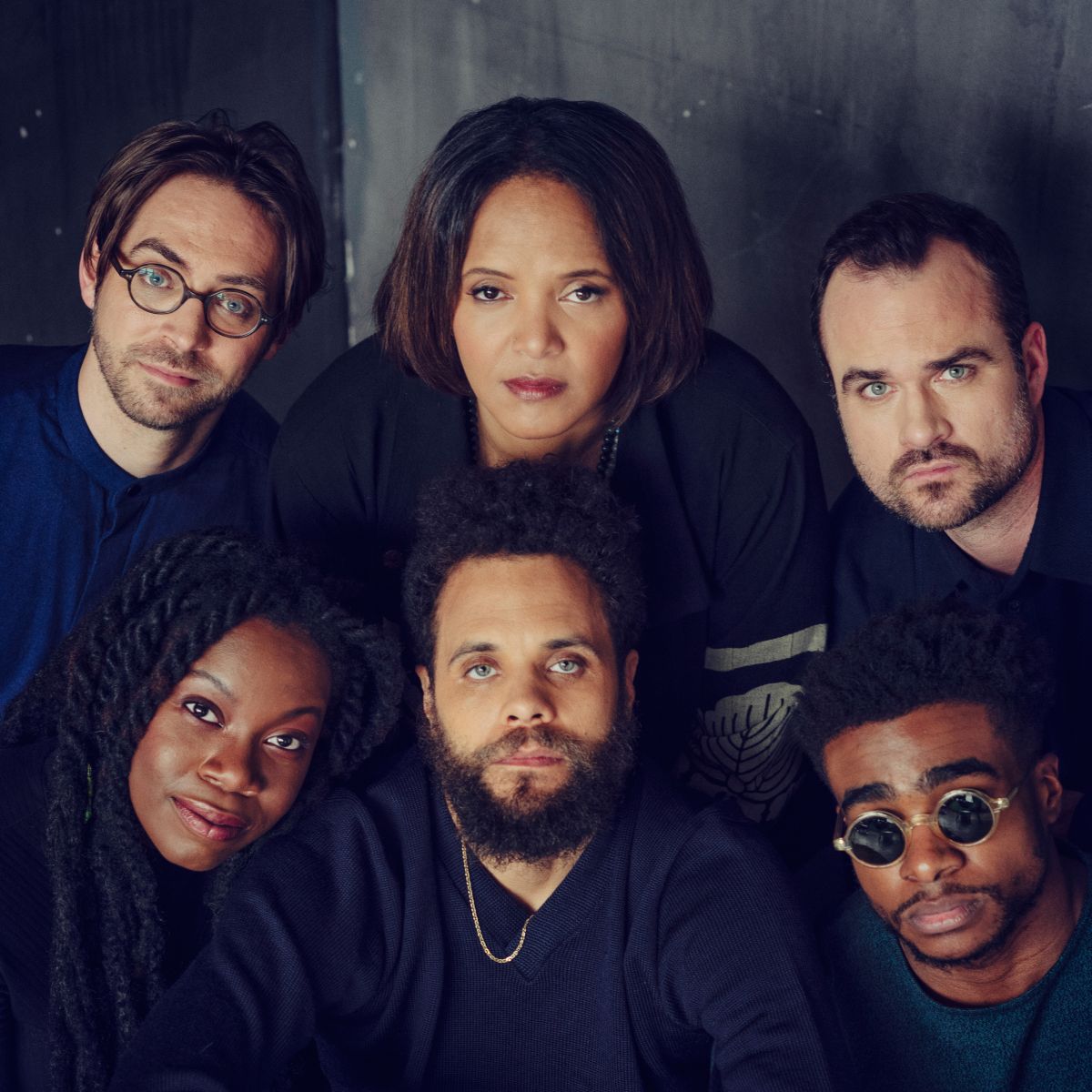 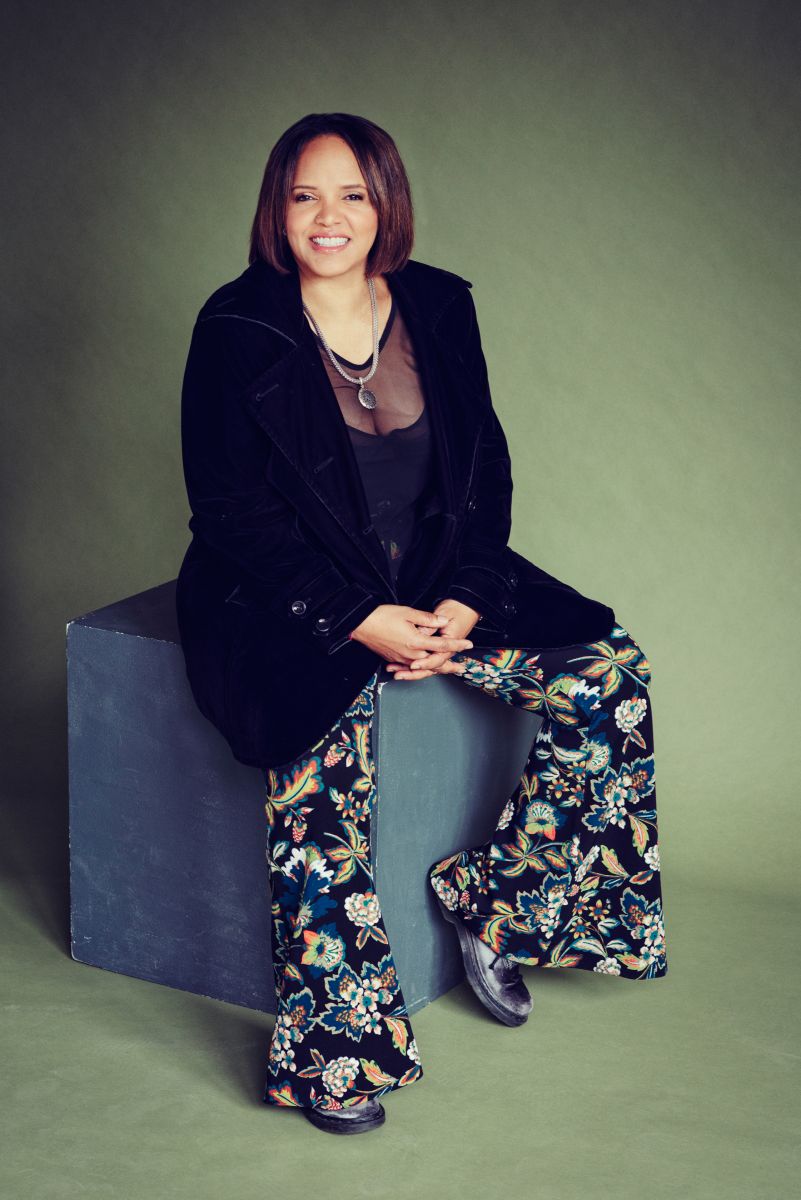 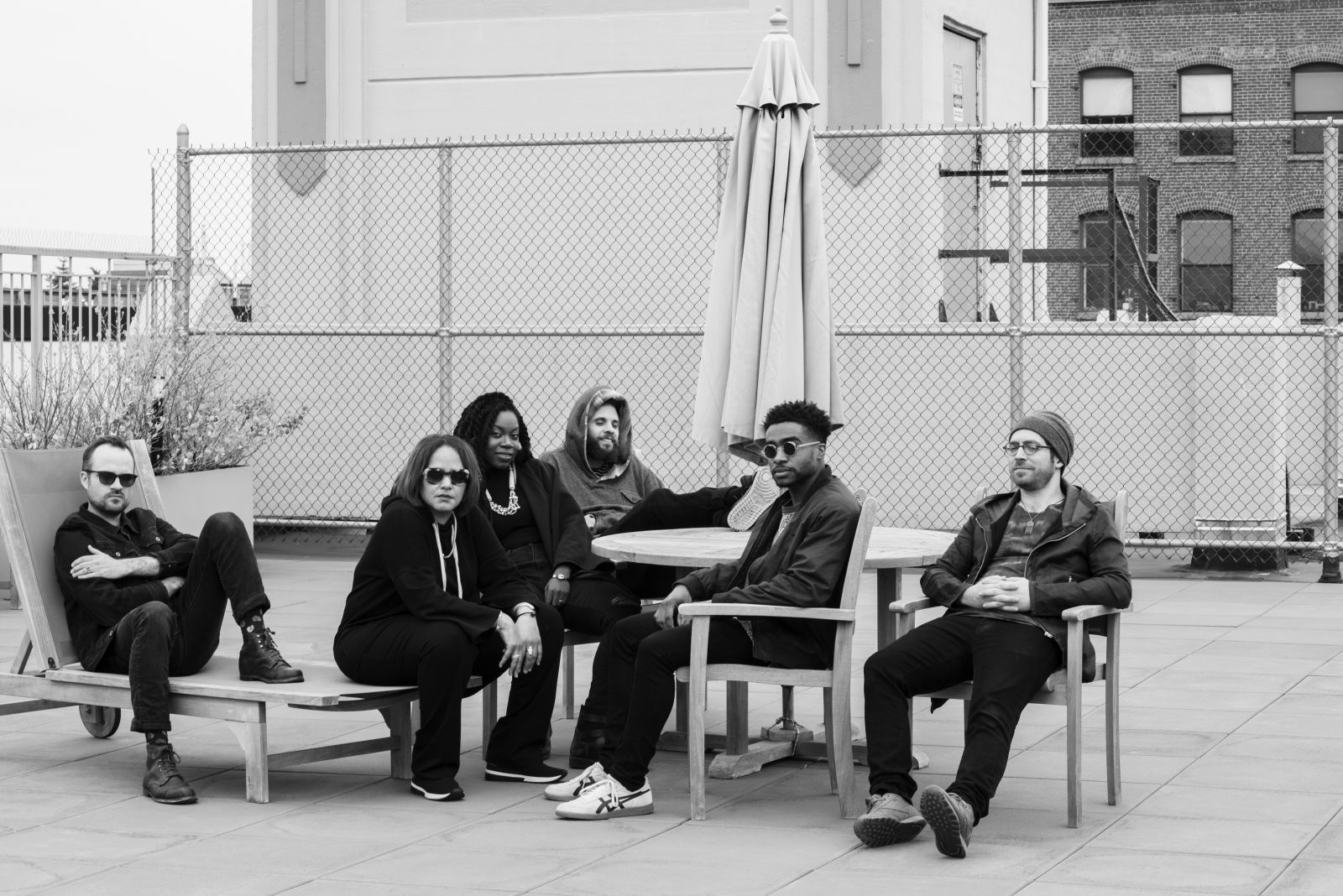