Kaleidoscope of Bands - IN PERSON 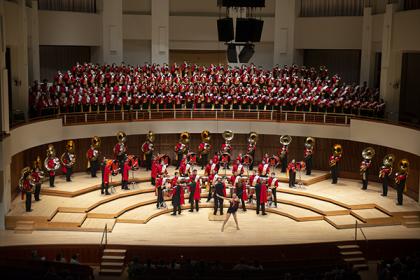 Some of the School of Music’s finest bands come together for a crowd-pleasing extravaganza. Featuring the University Band, the Maryland Community Band and the grand finale: the Mighty Sound of Maryland Marching Band! It’s an upbeat, lively show that is fun for the entire family.