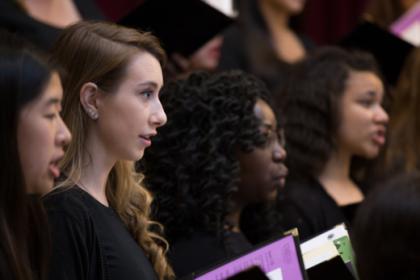 The 2021 Fall Choral Collage is a celebration of music, life and love throughout the ages. This concert will feature selections performed by the UMD Treble Choir, UMD Men’s Chorus and University Chorale. Comprising singers from across the university community, these three choirs will perform choral standards and new works from composers such as Ralph Vaughan Williams, Clara Schumann and UMD composition alumna Dale Trumbore ’09. The choirs will join forces to give a finale performance of “Seasons of Love” from RENT.

Led by Edward Maclary, the choral ensembles have achieved international renown and offer a wide array of experiences with music encompassing all styles and eras. In addition to this season’s on campus performances, the UMD Concert Choir participates in annual collaborations with both the National Symphony Orchestra and the Baltimore Symphony Orchestra.

The Clarice lobby concession bar Encore will not be open for food and beverage sales during this event.

There may be COVID-19 safety policies in place, such as mask requirements, when you attend this event. Please see The Clarice's health and safety page for the most up-to-date information about attendance.

The UMD Men’s Chorus presents a program of sacred and secular music for the holiday season. We begin with two works from the Renaissance: an anonymous setting of the carol “In natali domini” from the Prague Codex Speciálník (ca. 1500) and a short motet by Michael Praetorius (1571–1621), Ei mein perle, du werte Kron. The remainder of the works on the program are by 20th and 21st century American composers, starting with a rarely heard setting of the Robert Herrick poem What Sweeter Music by Halsey Stevens (1908–1989). We continue with two secular pieces about the winter season, Randall Thompson’s (1899–1984) “Stopping by Woods on a Snowy Evening” from Frostiana and Completing the Circle by University of Maryland alumna Dale Trumbore ’09 (b. 1987). We close with a setting of a medieval carol by Steven Sametz (b. 1954), Noel!
The University Chorale opens their portion of tonight’s program with Gaudete omnes, a Christmas motet by the Dutch Renaissance composer Jan Pieterszoon Sweelinck. In Drei gemischte Chöre, Clara Schumann beautifully sets a triptych of texts by her contemporary poet Emanuel Geibel. While easily excerpted, these three short part songs are most musically and emotionally compelling when performed as a set, as you’ll hear them this evening. Irving Fine’s Three Choruses from Alice in Wonderland brilliantly reflect the childhood innocence and satire of Victorian social mores present in Lewis Carroll’s classic novel. “The Lobster Quadrille” portrays the whimsical dance of a variety of sea creatures, “Lullaby of the Duchess” comments on the mysterious and emotionally-volatile nature of adults through the Duchess’s advocacy for an unfair punishment, and “Father William” offers an absurdist parody of the didactic poems children were often taught in this era. Dedicated to Anton Armstrong and the St. Olaf Choir, Moses Hogan wrote This Little Light of Mine in what would be the last year of his life. Originally created in the 1920s as a children's song and later adapted by activists as an anthem for the Civil Rights Movement of the 1950s and 60s, the familiar tune and text were given new depth and poignancy by Hogan's death at the young age of 45.
TEXT TRANSLATIONS

ARTIST BIOGRAPHIES
UNIVERSITY OF MARYLAND TREBLE CHOIR
The UMD Treble Choir comprises soprano, alto and mezzo-soprano singers from throughout the campus community. Since 2001, the group’s membership has brought together undergraduate and graduate students from all of the major colleges and schools at the University of Maryland, College Park. The choir sings art and folk repertoire for treble voices spanning eras, styles and genres from Renaissance to contemporary and across both Western and non-Western cultural traditions. Known especially for its exploration of choral music written by living composers, the UMD Treble Choir has commissioned and premiered works by Erik Esenvalds and presented acclaimed performances of music by Eleanor Daley, Györgi Orbán, Levente Gyöngösi, Rosephanye Powell, Moira Smiley and Sara Quartel, among many others. Each year, the UMD Treble Choir presents a slate of performances including fall and spring showcase concerts and, in conjunction with the UMD Men’s Chorus, the annual Festival of Nine Lessons and Carols in December at the beautiful UMD Memorial Chapel. The ensemble has appeared with the NSO Pops at the Kennedy Center, and they performed by invitation for the Eastern Division Convention of the American Choral Directors Association in 2016. 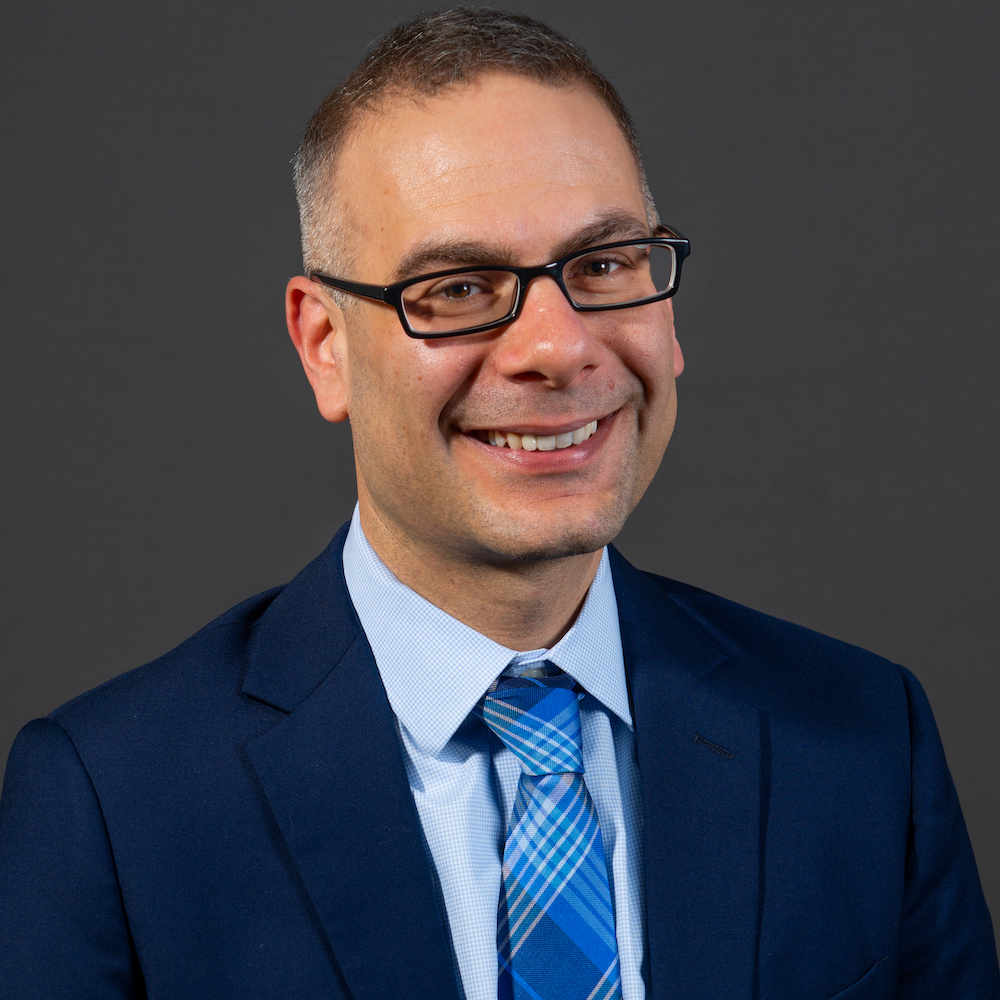 KENNETH ELPUS
Kenneth Elpus is associate professor of choral music education at the University of Maryland, College Park, where he prepares pre-service music educators to teach choral music in the secondary schools, teaches graduate research methods and conducts the UMD Treble Choir. He holds a Bachelor of Music degree in choral music education from The College of New Jersey and earned his Master of Music and Ph.D. in music education at Northwestern University in Evanston, IL. Elpus appeared with the Treble Choir at the 2016 American Choral Directors Association Eastern Region conference and served as guest conductor of the 2018 Maryland Junior All-State Chorus. His research has been funded by the National Endowment for the Arts and the U.S. Department of Education’s Institute of Education Sciences and is published in the Journal of Research in Music Education, Psychology of Music, and Arts Education Policy Review, among other venues. 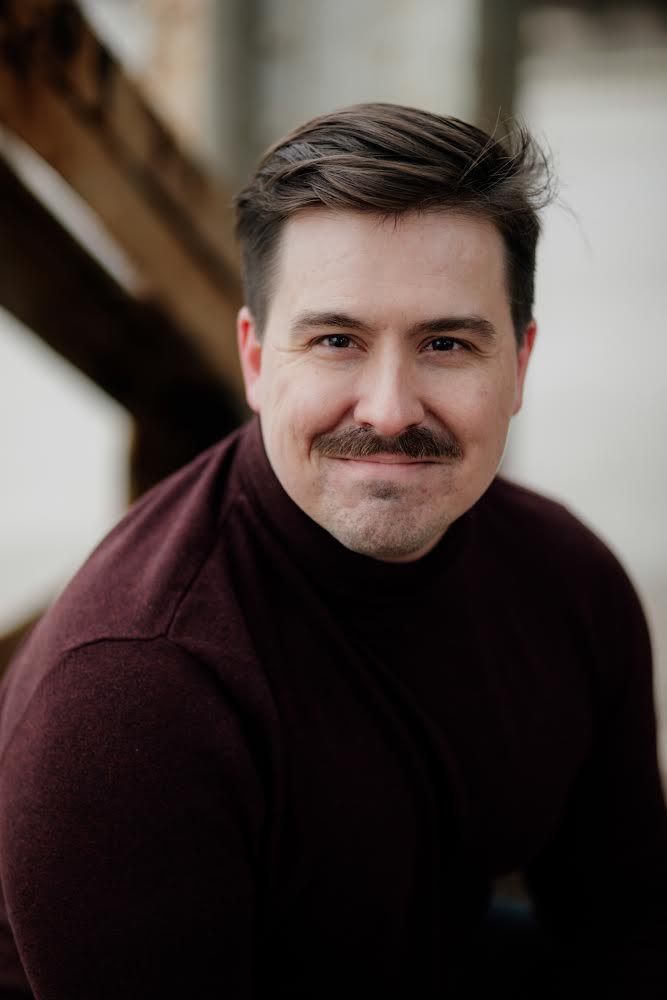 JONATHAN KING
Celebrated as “a fresh presence” and “fully alive” in The Washington Post, Jonathan King currently serves as interim associate conductor with The Washington Chorus and is a Doctor of Musical Arts candidate in choral conducting at the University of Maryland, College Park. At Maryland, he has directed the University Chorale and currently serves as assistant conductor and junior lecturer with the Maryland Opera Studio. He has prepared choirs to work with eminent conductors including Leonard Slatkin, Marin Alsop and Gianandrea Noseda, and he regularly assists conductor John Nelson with international performances. King has also served as a répétiteur and assistant conductor with the Lyric Opera of Chicago's Unlimited Series and the Oregon Bach Festival. He has collaborated with celebrated singers, including baritone Will Liverman, with whom he maintains an active recital schedule. Their album “Whither Must I Wander” (Odradek Records) was named one of ten “Best Classical Recordings of 2020” by the Chicago Tribune. King holds Master of Music degrees in piano chamber music and choral conducting from the University of Michigan and a Bachelor of Music degree from Wheaton College, IL.
UNIVERSITY OF MARYLAND MEN’S CHORUS
With an astonishing diversity of repertoire that ranges from medieval chant to barbershop, the University of Maryland Men’s Chorus is one of the School of Music’s most dynamic ensembles. Since 2001, the ensemble has headlined numerous on-campus performances, including the annual Festival of Nine Lessons and Carols and the Men’s Chorus Invitational, which brings talented male choirs from around the D.C. metro area for a full day of workshops, collaborations and performances. Performance tours of the East Coast, South and Midwest regions have spread the reputation for excellence of the UMD Men’s Chorus around the country, and the ensemble has now appeared multiple times at the Intercollegiate Men’s Choruses National Seminar. A frequent collaborator with the UMD Treble Choir and the UMD Concert Choir, the UMD Men’s Chorus has also appeared in performances with the NSO Pops (Do You Hear the People Sing?) and the Baltimore Symphony Orchestra (Brahms’ Requiem). On campus, the group has appeared with the UMD Symphony Orchestra in performances of Mahler’s Symphony No. 2, Shostakovich’s Symphony No. 13 and Brahms’ Alto Rhapsody. 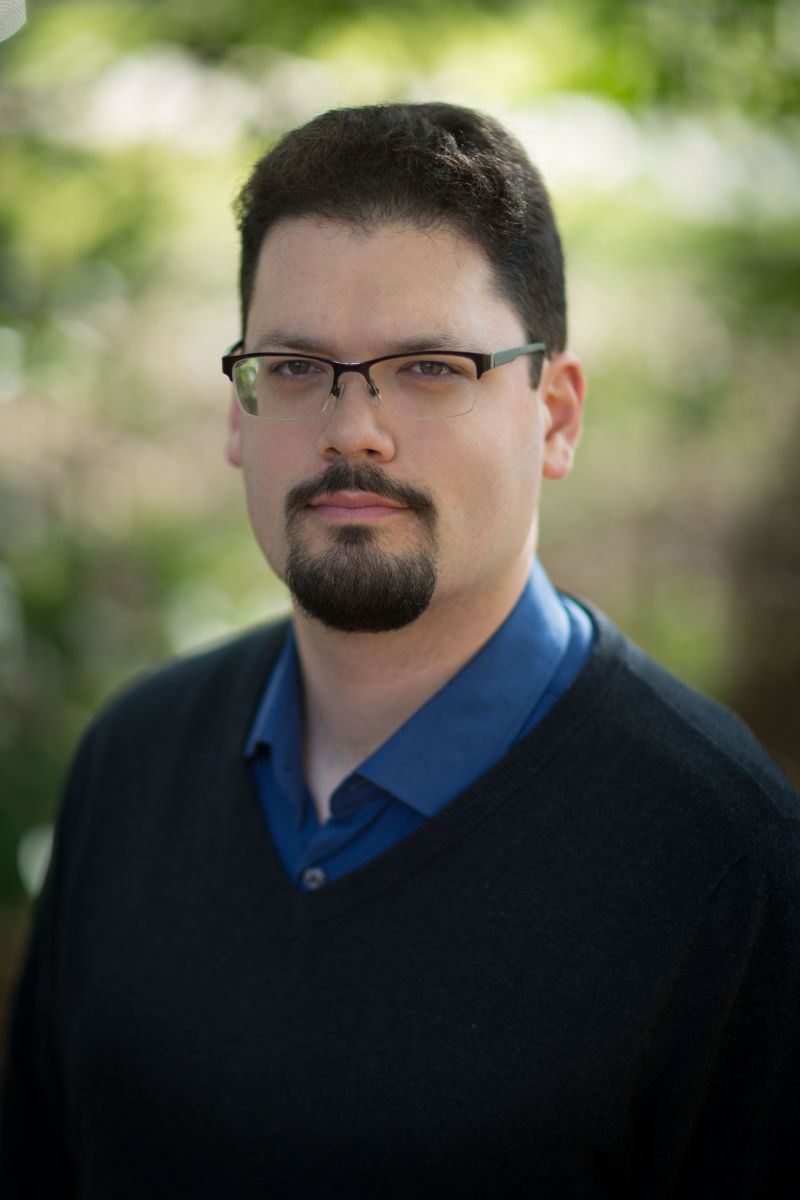 NATHAN LOFTON
Nathan Lofton enjoys an active career as a conductor, singer, educator and administrator. He has prepared choruses for the Philadelphia Orchestra and recording projects with Philadelphia Mural Arts, History Making Productions and NFL Films. From 2016 to 2021, Lofton was a singer, conductor and board member with Philadelphia’s Chestnut Street Singers. Additionally, he has performed with the Boston Symphony Orchestra and Philadelphia Orchestra as a member of the Tanglewood Festival Chorus, the Philadelphia Singers and the Philadelphia Symphonic Choir. Lofton has served on the faculties at Temple University and Widener University. He has also held artistic and administrative positions with the Chamber Orchestra of Philadelphia, Opera Philadelphia, Mendelssohn Chorus of Philadelphia and the Boston New Music Initiative. Lofton is currently pursuing a Doctor of Musical Arts degree in choral conducting at the University of Maryland, College Park. He has previously earned degrees from the New England Conservatory, where he studied composition with Michael Gandolfi, and from Temple University, where he studied conducting with Paul Rardin. He has also participated in conducting masterclasses with Simon Halsey, David Hayes, Helmuth Rilling and Robert Spano.
UNIVERSITY CHORALE
The University Chorale is an auditioned mixed ensemble that performs a wide variety of a cappella and accompanied repertoire. Primarily directed by graduate student conductors as well as faculty, the University Chorale comprises music majors and undergraduate and graduate students from many other academic disciplines across the College Park campus. They have made regular appearance with the National Symphony Orchestra Pops and the Baltimore Symphony Orchestra Pops in shows such as The Leading Men of Broadway, Do You Hear the People Sing? and Harry Potter and the Prisoner of Azkaban. In addition to their on concertizing on and off-campus, the University Chorale frequently combines with the UMD Chamber Singers to form the UMD Concert Choir, which collaborates regularly with the UMD Symphony Orchestra and the UMD Wind Orchestra, as well as the National Symphony Orchestra and the Baltimore Symphony Orchestra. 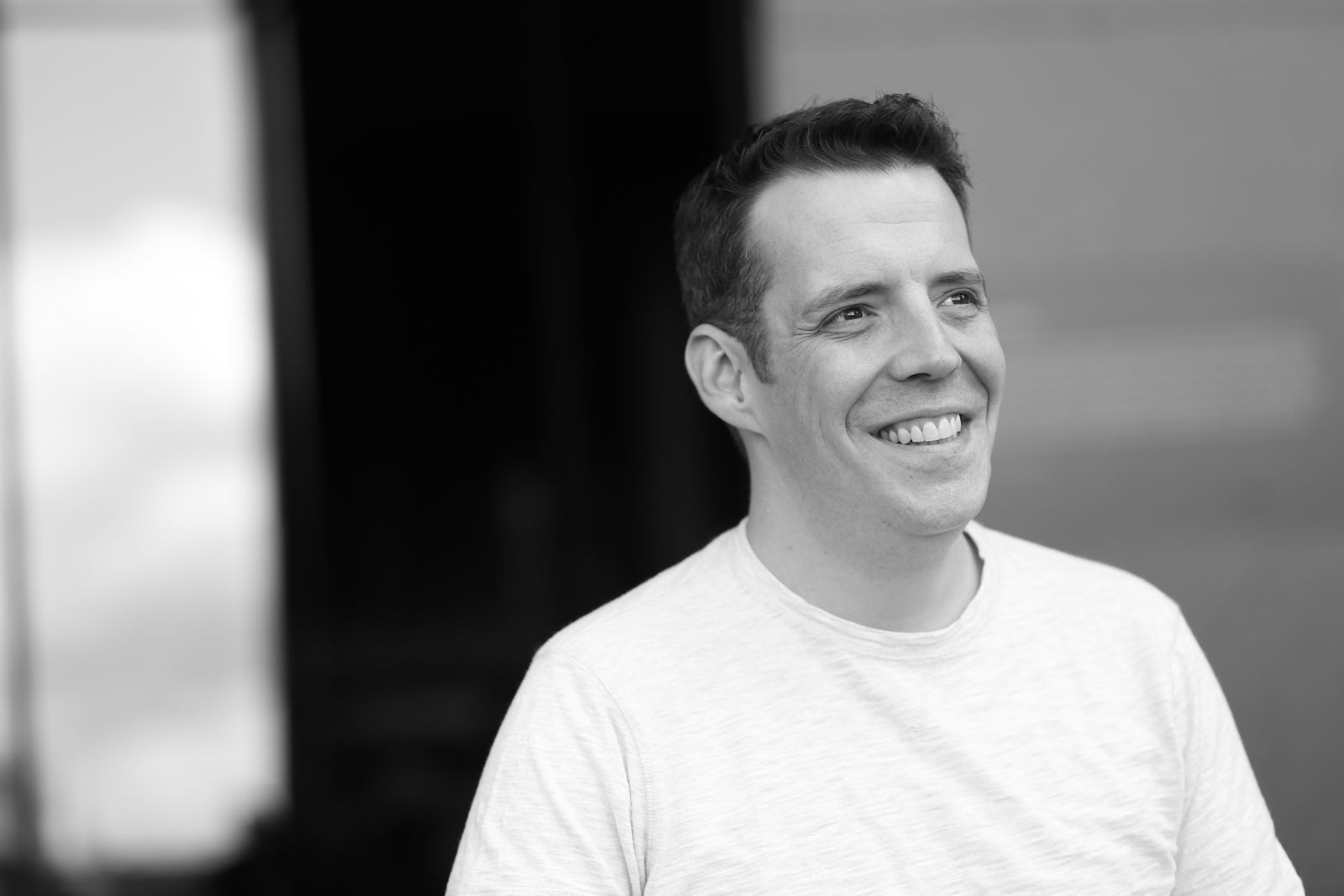 MATTHEW GOINZ
Musician and educator Matthew Goinz enjoys an active international musical career. He has performed in venues around the world, created arrangements that have been heard in every corner of the globe, commissioned and premiered new works and enjoyed collaborations with prominent artists of our day. Goinz was a performing member of and tour manager for the renowned vocal chamber ensemble Cantus, and he continues active performing relationships with Skylark, True Concord Voices & Orchestra, the Santa Fe Desert Chorale and the Washington National Cathedral. A seasoned and sensitive collaborative pianist, he recently founded mt-tracks.com, a service for actors and singers looking to create custom piano tracks for online and in-person audition, workshop, and performance settings. Goinz is pursuing his Doctor of Musical Arts degree in choral conducting at the University of Maryland, College Park, where he currently conducts the University Chorale and has previously served as director of the UMD Men's Chorus and as chorusmaster for the Maryland Opera Studio. He currently makes his home in the Washington, D.C. area with his wife, soprano and actor Sophie Amelkin, and Lucy, the sweetest beagle that ever was. 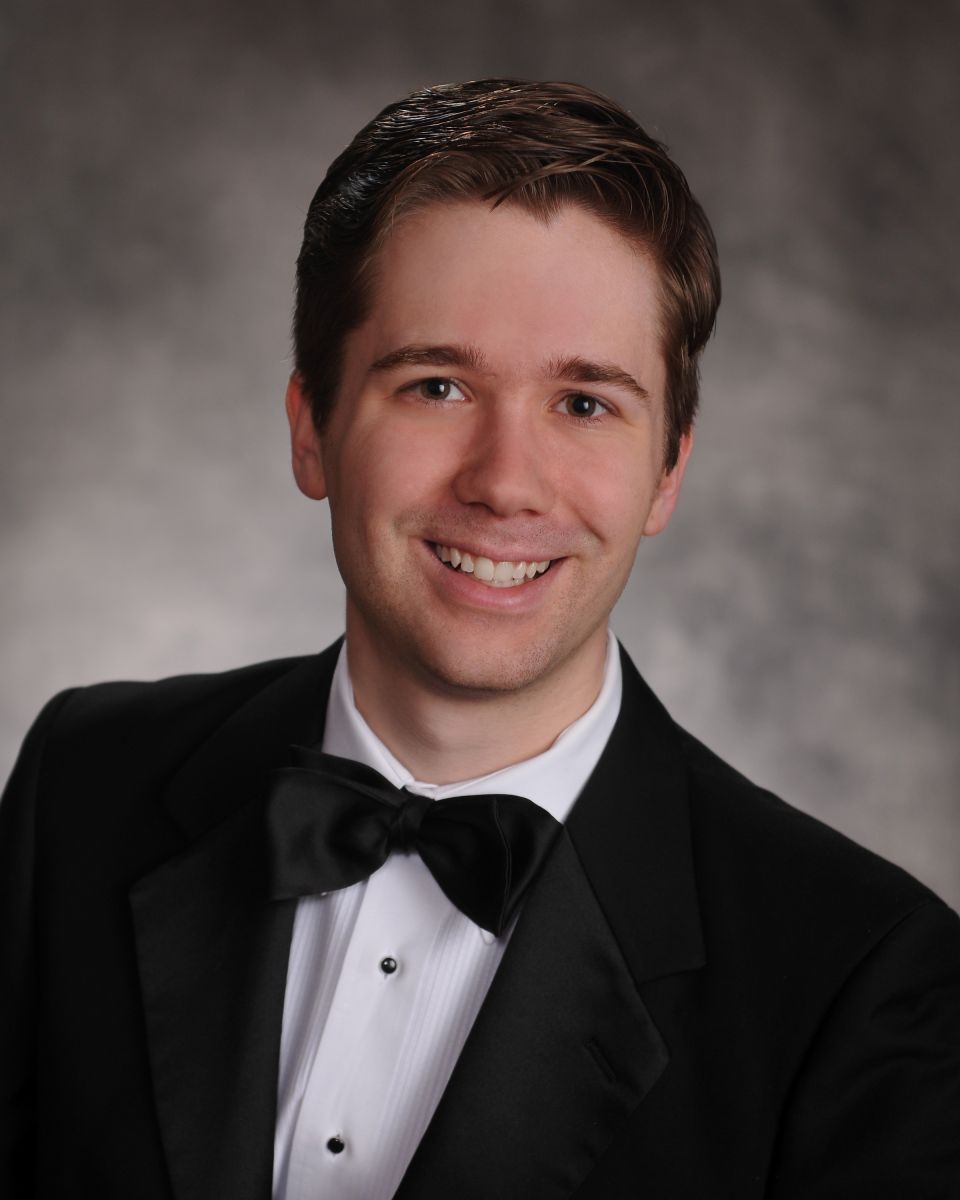