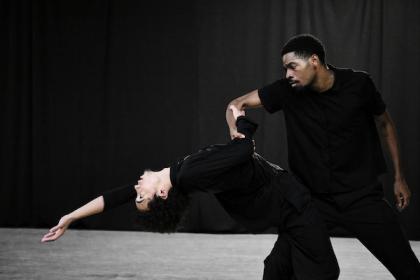 Chuck Wilt is the artistic director of UNA Productions, a dance company working in California and NYC. An NYU Tisch School of the Arts alumnus, Wilt has been a choreographic fellow for the Alvin Ailey Dance Foundation NDCL, a Dance Initiative Artist In Residence, a recipient of the Rainin Opportunity Fund and an Artist in Residence at the 92nd St. Y, CUNY Dance Initiative, Fusion Japan and Berkeley Ballet Theatre. Wilt’s work has been described by Dance Enthusiast as showcasing “radical vulnerability [and] eloquent sincerity" with company members that “hold our attention with their sensitivity to each other and their meditative focus.” The company’s dedication to celebrating individuality and embodying human existence has led to collaborations that honor and explore sexuality and gender and juxtapose connection and isolation.

During the 2020–21 season, Wilt virtually taught several dance technique classes in the School of Theatre, Dance, and Performance Studies (TDPS). He also created a new work, Mural, with TDPS students, which The Clarice commissioned and premiered during the TDPS Spring Dance Concert.

Concessions:
The Clarice lobby concession bar Encore will be open for food and beverage sales during the Friday, March 11th performance. It will not open on Thursday, March 10th.

The Clarice is committed to creating extensive opportunities for our campus and community to engage with Visiting Artists throughout the season. During their time at UMD, Chuck Wilt and members of UNA Productions will have engaged in:

Raised in San Francisco, CA (the stolen lands of the Ramaytush and Ohlone peoples), Chuck Wilt (he/they) is the Artistic Director of UNA. In 2013, Chuck founded bi-coastal dance company UNA Productions, working in NYC and San Francisco. UNA has been presented by the Chutzpah! Festival in Vancouver, Sointula and Alert Bay-performing and engaging in cultural exchange with the ‘Namgis First Nation Community, presented by Fusion International:Japan in Kaga and Tokyo, co-presented by the ODC Theater, presented by the Spectrum Dance Festival, Movement Research at the Judson Church, 92nd St. Y, Jacob's Pillow Inside/Out, Platform! Montreal and more. This year, Chuck will create new work for Springboard Danse Montreal as a Resident choreographer, KSU as a Choreographic Fellow and Berkeley Ballet Theater/Post Ballet. UNA also received support from US Artists International to tour new work to Jerusalem.

He has been on faculty for Tisch Summer High School Program, the Lines Ballet Training and Summer Programs and has taught internationally. Chuck graduated from NYU Tisch, has performed for and assisted international choreographers and is also a Gyrotonic teacher. They are second generation Queer and a proud pup parent.

Tushrik Fredericks, performer, (he/him/his) was a recipient of the Princess Grace Award in 2021. Tushrik is originally from Johannesburg, South Africa but is currently living in New York City. Growing up, he specifically found himself drawn towards the style ‘KRUMP’. He graduated from the Peridance Capezio Center Certificate Program in New York City in June 2015, where he received most of his training. He has had the opportunity to work with Ate9 Dance Company (Danielle Agami, Artistic Director) and Sidra Bell Dance New York. He is now working with TRIBE (artistic director/founder Shamel Pitts). Tushrik was an assistant lecturer to Sidra Bell at The University of the Arts Philadelphia for Sophomore students (2016-2018). In May 2021 Tushrik received third prize for dance at the SoloTanz Festival in Stuttgart for his self choreographed solo (territory) of the heart and in November 2021 Tushrik toured the solo to seven different cities in Germany as part of the SoloTanz Festival. Tushrik joined UNA in the Spring of 2021.

Dasol Kim, performer, (she/her/hers) is a native of South Korea and is currently a movement artist based in Brooklyn, NY. While attending NYU Tisch School of the Arts, she performed with Kidd pivot at New York City Center and was chosen to study abroad in Berlin, Germany where she worked with Johannes Wieland and Ayman Harper. Dasol has performed works by Sasha Waltz, Ohad Naharin, Andrew Winghart, Emma Portner and more. She is represented by bloc NYC and her work has been featured on BOOOOOOOM, a global arts & culture platform highlighting emerging artists. Dasol joined UNA as a company member in 2019.

Rebecca Margolick, house choreographer/rehearsal director/performer (she/her/hers) is a Canadian dancer and choreographer based in New York. Her multi-disciplinary and solo works have been presented in Costa Rica, France, Singapore, Poland, Mexico, Bulgaria, Israel and around the U.S. and Canada. She was named one of Dance Magazines Top 25 to Watch in 2021. Her solo Bunker + Vault won the Jury Prize for “best indoor choreographic work” at the 2019 Festival Quartiers Danses in Montreal. She was selected for the 2020 New Directions Choreography Lab Fellowship at the Ailey School and was a Dance Artist in Residence at The Banff Centre for the Arts in December 2019. She was a 2017 GPS Fund Movement Research Artist in Residence at Derida Dance Center in Sofia, Bulgaria and a 2015/16 LABA Fellow at the 14th St Y in NYC. She has been commissioned to create works on Ballet BC’s Performance Project, Ailey/Fordham BFA Program, Michiyaya Dance and DancePORT Derida. Rebecca began dancing with UNA in 2014 and is currently a performer, House Choreographer and rehearsal director for the company. She was a dancer with Sidra Bell Dance New York from 2012-2016. As a freelance dancer she has worked with a number of artists, including most recently Kayla Farrish / Decent Structures Arts. Rebecca trained at Arts Umbrella in Vancouver and graduated from NYU Tisch School of the Arts with a BFA in Dance. Rebecca is an Artistic Associate of BC Movement Arts Society and is a proud member of Dance Artists National Collective.

Courtney Mazeika, performer, (she/her/hers) received a BFA in Dance from the University of Texas at Austin. She then trained under Summer Lee Rhatigan and faculty at the San Francisco Conservatory of Dance. She has been a performer with UNA Productions since 2018. As an independent artist, she has had the opportunity to perform in original works by Tom Weinberger, Bobbi Jene Smith, David Harvey, Christian Burns, Lone King Projects, Alex Ketley and more. Her independent choreography has been shared at the Rotterdam International Duet Choreography Competition (awarded the 2nd Place Prize), Chop Shop Contemporary Dance Festival, Austin Dance Festival, University of Texas at Austin, Utah Valley University, SALT Contemporary Dance I and II, Oquirrh West Project and more. She has also self-produced her work in San Francisco and Salt Lake City. Courtney has had the honor of being on faculty at the San Francisco Conservatory of Dance, the Alonzo King LINES Ballet Training Program and served as director of the SALT Pre-Professional Training Company. She has taught open classes, workshops and movement labs through institutions such as The Playground NYC, UNA Productions, Repertory Dance Theatre (UT), SALT Contemporary Dance, Chop Shop: Bodies of Work and more.  Courtney has previously worked as a rehearsal assistant for Tom Weinberger’s original creations at Johannes Weiland Dance Company (Kassel, DE), SUNY Purchase, Arts Umbrella (VBC) and more. She has also served as rehearsal director at North-West Arkansas Ballet Theatre, Oquirrh West Project and SALT Contemporary Dance.

Alisya Razman Adam, performer, (she/her/hers) is a freelance artist based in Brooklyn, NY. Her performance credits include Bill T. Jones/Arnie Zane Company, Merce Cunnigham, Andrea Miller, Jose Limón, Christina Robson and Elizabeth Dishman. She is the co-creator of WHY NOT HERE?, a site specific movement workshop in Kuala Lumpur, Malaysia. She participated as a dancer in The Delicate Power Project Research Lab for Helen Simoneau Danse. Alisya is a graduate of NYU Tisch School of the Arts. Alisya joined UNA as an apprentice in the spring of 2019 and as a company member in the fall of 2019. She has assisted Chuck Wilt in creating new work at The Ailey School/Fordham University in 2021 and is currently on Faculty at The Ailey School.

Rose Nylons, drag queen/cellist/pianist (she/her/hers & they/them/theirs) • Hailing from the great state of Minnesota, but now based in the Bay Area, Rose Nylons is a Jackie Of All Trades and Master of Puns. Inspired by vintage fashion, 90’s nostalgia and radical faerie ritual, this post-gender, Midwestern dairy queen has been dabbling in visual and performance art since her first bloom. Delicate at first blush, but thorny as hell, she’ll reel you in with her sweet smile, pull at your heart strings with her mystic melodies and captivate your dreams with her alluring aesthetic. Whether you’ve known her for years or just planted her in the garden, Rose is sure to become your perennial favorite. Rose began collaborating with UNA Productions in the spring of 2019.

Grass is Green is inspired by cycles of destruction and rebirth both within humanity and the land we are a part of. We acknowledge and honor that these performances are taking place on the unceded Nacotchtank and Piscataway territories.

The performance will be approximately 1 hour with no intermission. 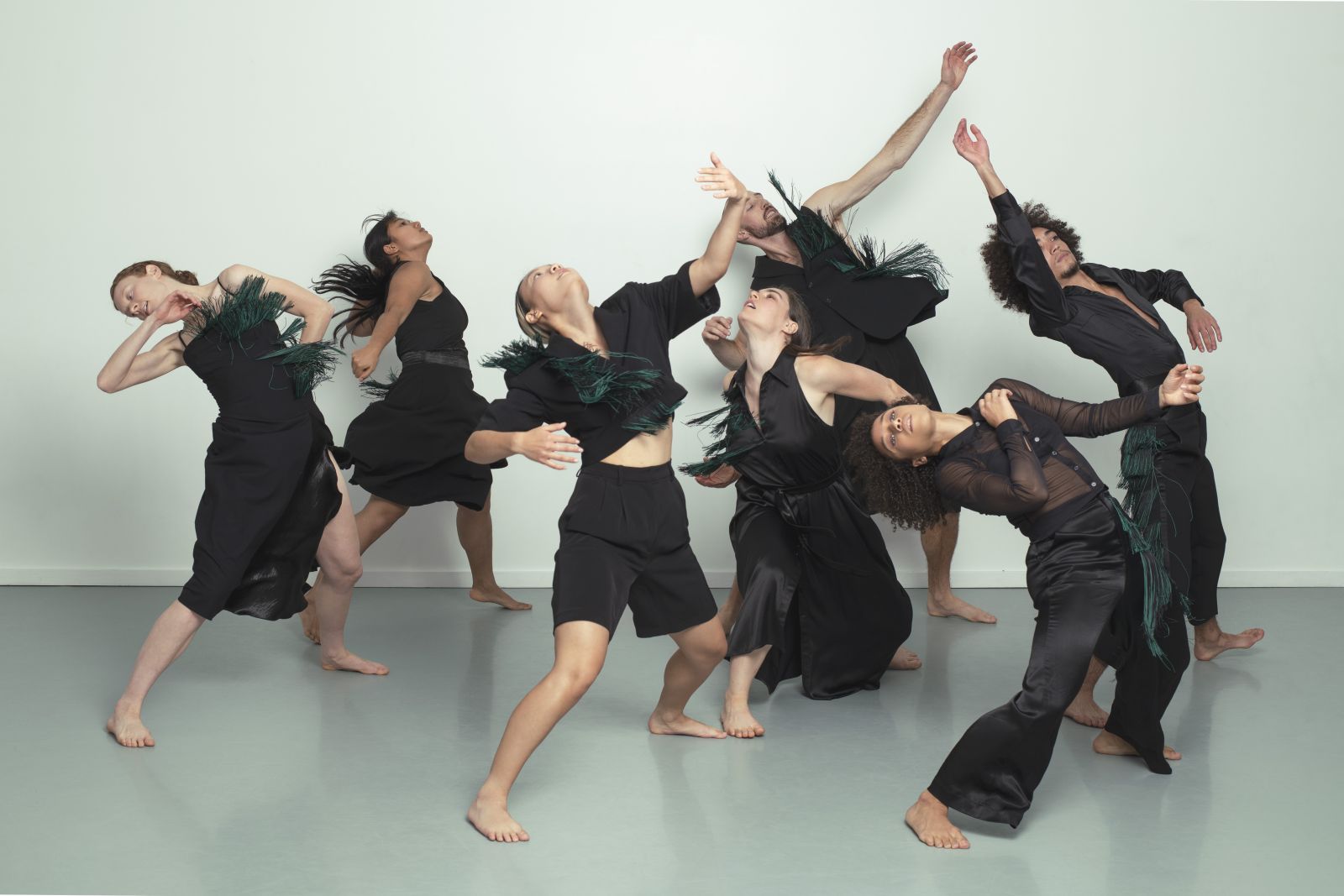 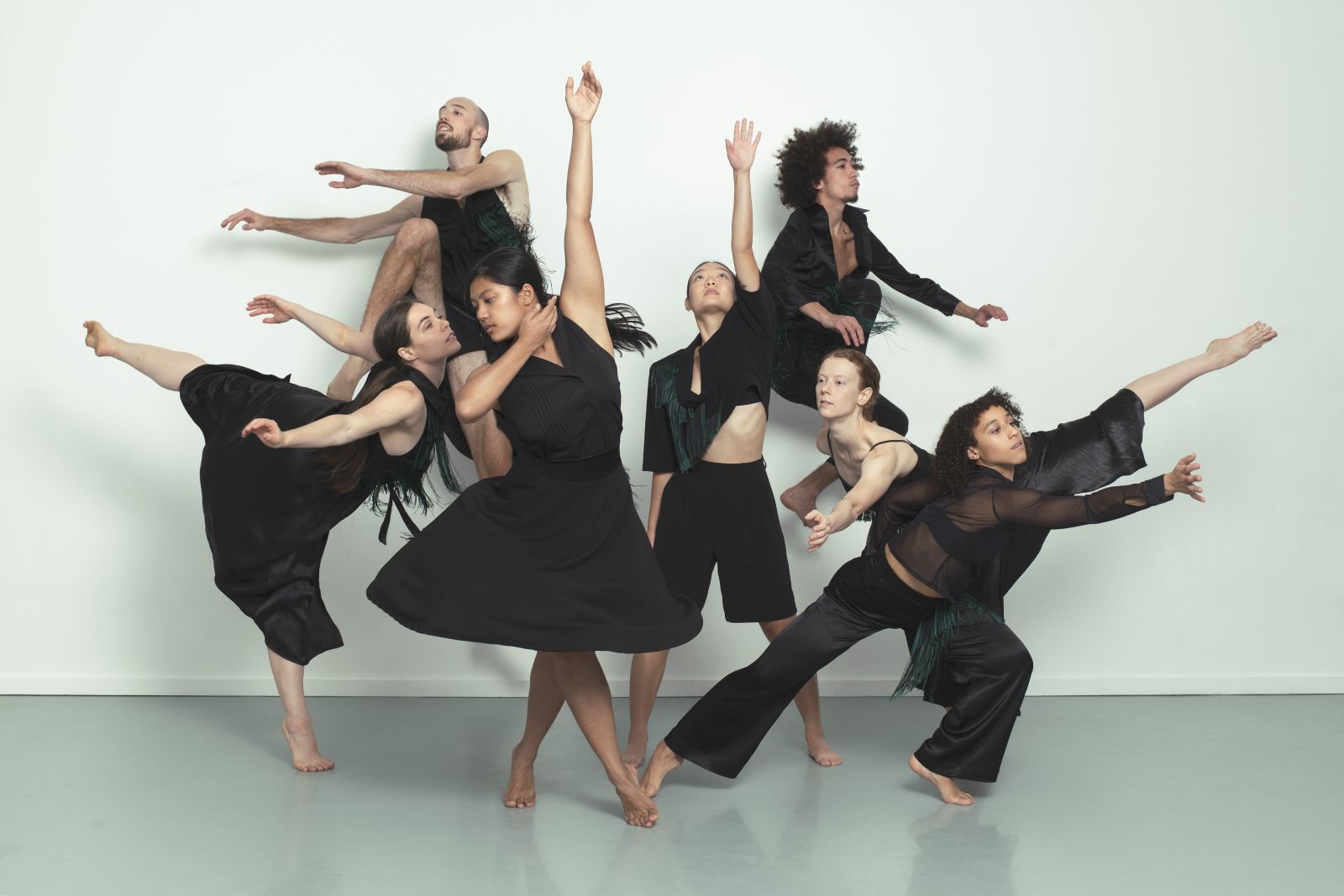 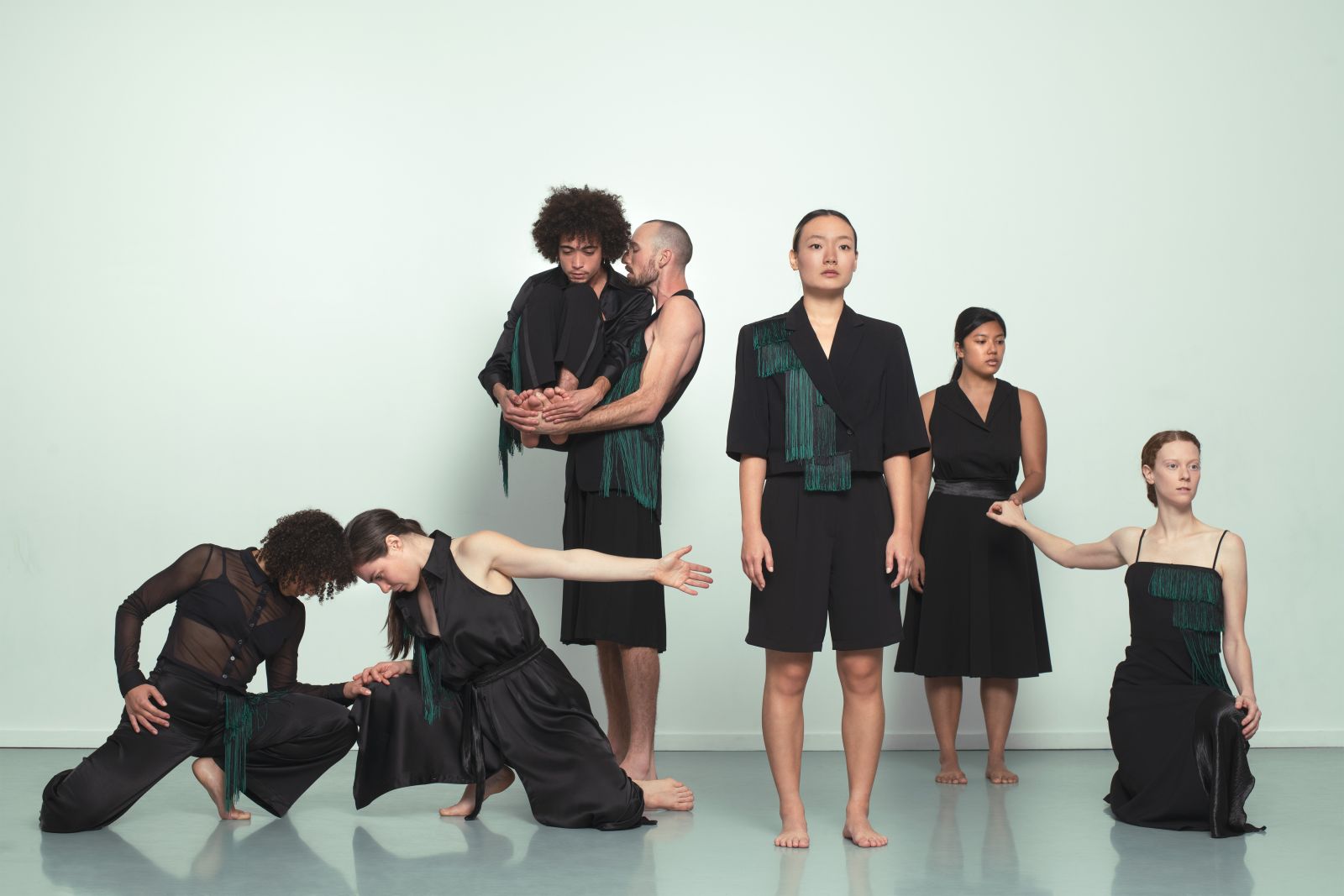 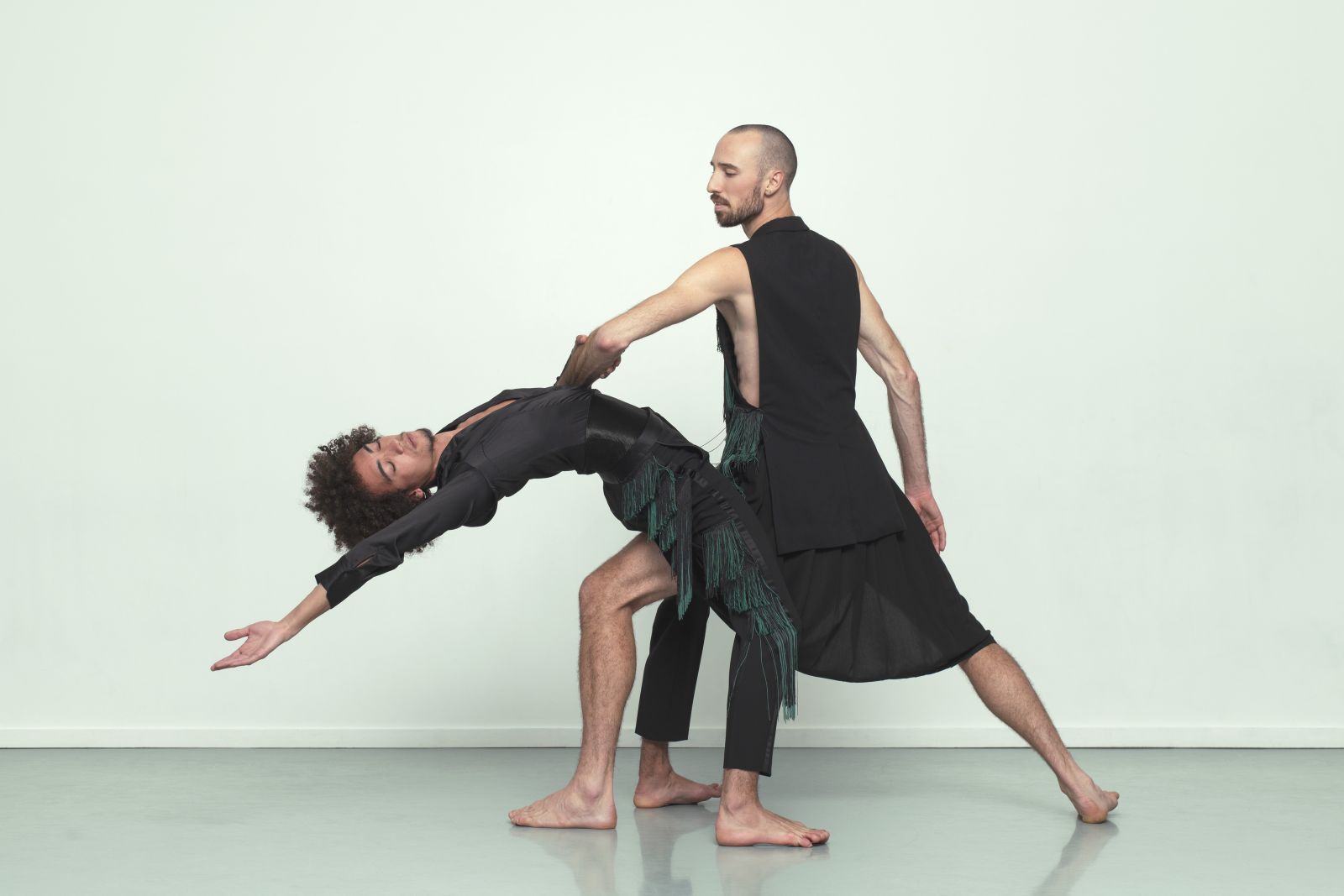 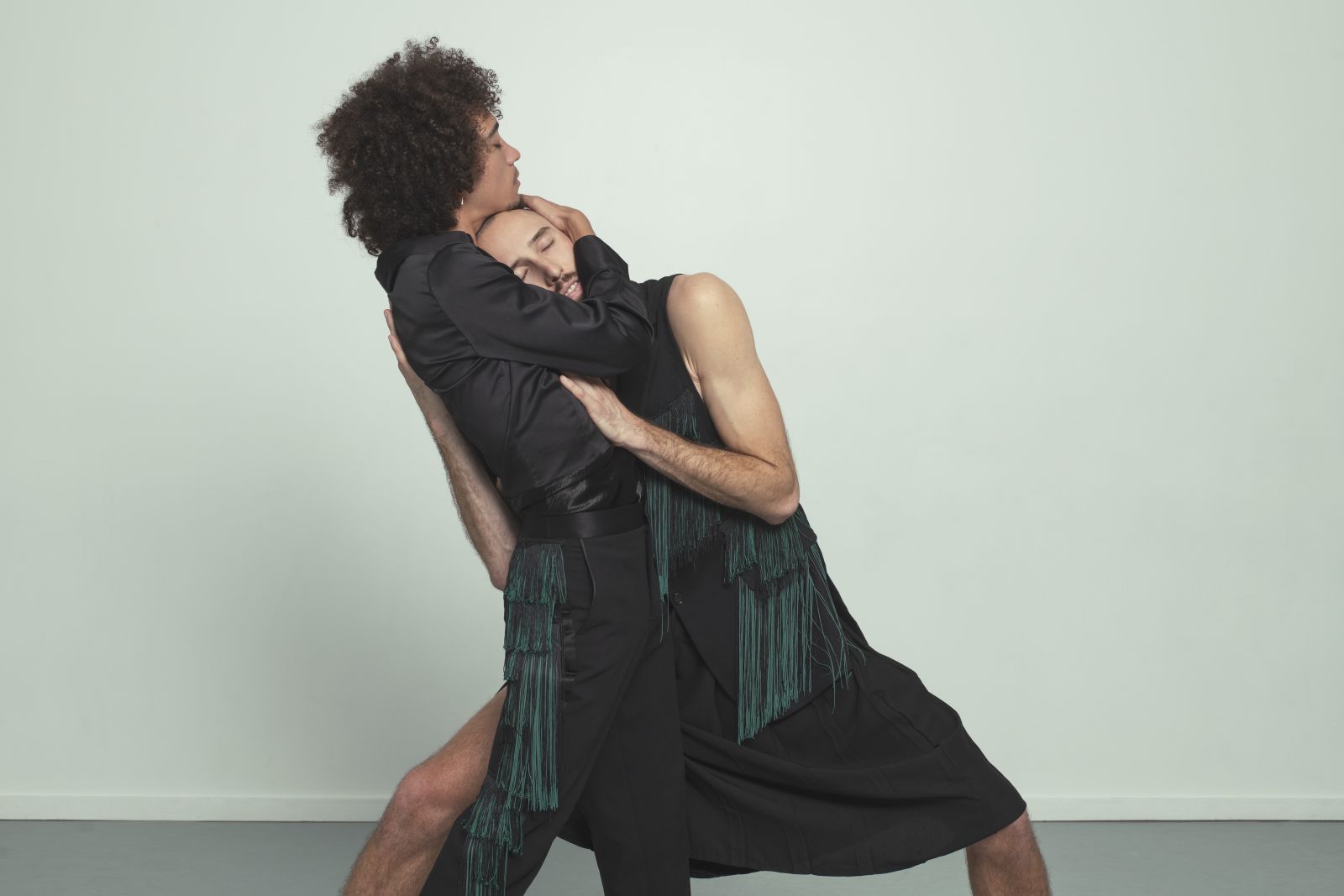