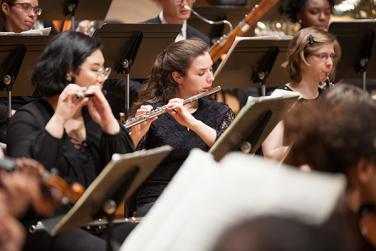 Led by Michael Votta, Jr., UMWO is a leading voice among collegiate ensembles in premiering new works for winds. This season’s engaging performances will feature faculty soloists and world-premieres of new works and masterworks of the 20th and 21st centuries. UMWO has performed in side-by-side collaborations with major professional ensembles and has performed by invitation at international, national and regional conferences.