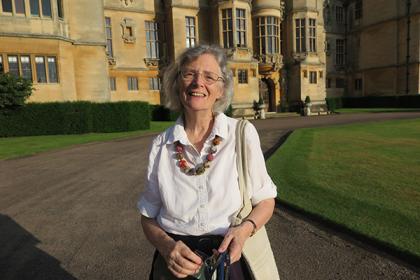 Caroline Barron, professor emerita of history at Royal Holloway, University of London, and recipient of an Order of the British Empire (OBE) for her services to education, will give a lecture titled Was There a ‘Golden Age’ for Women in Medieval London?

Nearly thirty years ago, it was suggested that the 150 years following the Black Death of 1348 opened a window of opportunity for working women in England and, especially, in London. The population did not begin to rise again until the sixteenth century, and so women were propelled into the workforce, as happened during the world wars of the twentieth century. Women are to be found in medieval London running workshops and conducting business with merchants from Italy and Flanders. But this idea of a ‘Golden Age’ has been challenged by feminist historians, such as Judith Bennett. This lecture will look again at the medieval ‘Golden Age’ for women in London, and assess how the enabling customs of London may have worked out in practice for the women inhabitants.