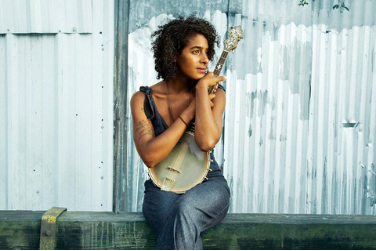 New Orleans-based, New York-born, Haitian raised. Cellist Leyla McCalla's succinctly elegant folk music is her way of processing the nation’s current political environment, where many of the issues are financial, but they’re rarely simply financial. The former Carolina Chocolate Drops member deepens her examination of Creole identities by bringing together her voice and her cello with fiddle, clarinet, piano and electric guitar. At the forefront of her work is her Haitian identity, singing many of her tunes in Creole, which she classifies as a language of resistance, especially as she explores its connections to New Orleans.

Born to human rights activists, McCalla’s music sings about society’s injustices—from poverty to financial disparity to inequity to her own daughter’s lead contamination. But, her music remains danceable, deeply influenced by her Haitian roots and her adopted Cajun roots. The resulting earthy, soulful sounds have been hailed by The Washington Post for not only “simply reclaiming forgotten styles of music, but for [also] honoring the struggle and determination that originally kindled them.”