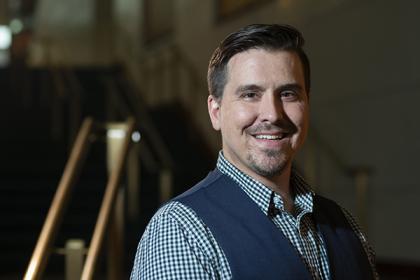 J.S. Bach, known as the great master, wrote more than 200 cantatas, and UMD Choral Activities aims to sing them all in this series of short performances led by conductors in the graduate program. Conducted by Jonathan King, this performance will feature the first part of Ich hatte viel Bekümmernis (I had much grief), BWV 21.

This cantata was originally written during Bach's time in Weimar (Schlosskirche), and serves as one of his first sacred compositions to leave the motet style and utilize operatic compositional idioms and poetic texts. The work, dealing with the subjects of grief and lament, was used by Bach on several occasions and subtitled "for all times" on the manuscript in his own hand. The work is separated into two parts to be performed before and after the sermon, and became eleven movements in length after Bach revised the work for a performance in Leipzig. Our performance will include the first portion of this cantata.