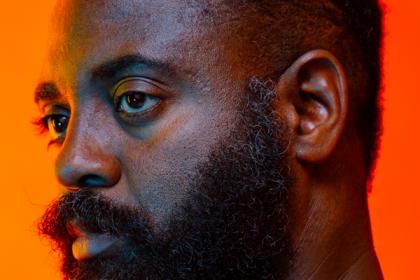 This event will be broadcast on Vimeo and Facebook Live and will not be archived for future viewing.

A widely requested speaker, Reginald Dwayne Betts ’09 often gives talks about his own experience, detailing his trek from incarceration to Yale Law School and the role that grit, perseverance and literature played in his success. He has given lectures on topics ranging from mass incarceration to contemporary poetry and the intersection of literature and advocacy. Betts has given commencement speeches at Quinnipiac University and Warren Wilson College and has lectured widely at universities and conferences, including Harvard Law School, Yale Law School, the University of Maryland, the Beyond the Bench conference and a wide range of organizations across the country. Betts holds a B.A. from the University of Maryland, an M.F.A. from Warren Wilson College (where he was a Holden Fellow) and a J.D. from Yale Law School, where he was awarded the Israel H. Perez Prize for best student note or comment appearing in the Yale Law Journal. He is a Ph.D. in Law candidate at Yale and as a Liman Fellow,  he spent a year representing clients in the New Haven Public Defender’s Office.

Betts will be performing a short excerpt of a work-in-progress work based on his most recent book of poetry, Felon. He will be joined by Department of English Assistant Professor, Rion Amilcar Scott, for a talk and Q&A afterwards.

This event is part of NextNOW Fest 2020. NextNOW Fest is a Terps After Dark and Arts & Humanities TerrapinSTRONG event.