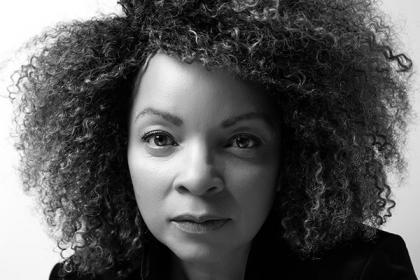 Legendary costume designer Ruth E. Carter, whose career has spanned more than 35 years and 40 films, discusses how she uses costumes to tell stories about race, culture and politics. The winner of an Academy Award for her Afrofuturistic designs in Ryan Coogler’s 2018 blockbuster hit “Black Panther,” Carter was previously nominated for her work in Spike Lee’s “Malcolm X” and Steven Spielberg’s “Amistad.” Carter will discuss her research process and share visual samples of her creations. The lecture will be followed by a Q&A.

Ruth E. Carter’s unparalleled ability to develop an authentic story through costume and character has made her one of the most sought after and renowned costume designers today. She is the 2019 Academy Award winner for “Best Costume Design” for her work on “Black Panther,” making history as the first African American to win in that category. She has also garnered two additional Academy Award nominations for Spike Lee’s “Malcom X” (1993) and Steven Spielberg’s “Amistad” (1998) as well as an Emmy nomination in 2016 for the reboot of “Roots.”

She has worked in the industry for over three decades and has been credited with over 40 films and counting. She has collaborated with Spike Lee on over 10 films beginning with “School Daze” and including “Do the Right Thing,” “Malcolm X” and “Old Boy.”

Carter is known for her research and diligence to the craft of costume design, specifically for her outstanding work for period ensemble films such as the highly praised Lee Daniels’ “The Butler,” Ava Duvernay’s “Selma” and Reginald Hudlin’s “Marshall.” Most recently, Carter’s work was seen in the Netflix film, “Dolemite Is My Name,” starring Eddie Murphy and directed by Craig Brewer, which premiered in fall 2019. Last summer, Carter began production on Paramount's highly-anticipated “Coming 2 America,” also directed by Craig Brewer and starring Eddie Murphy.

In 2019, Carter received the Career Achievement Award and Excellence in Sci-Fi/Fantasy Film from the Costume Designers Guild and the Critics’ Choice Award for Best Costume Design for “Black Panther,” among numerous other honors.

If necessary, we will form a standby line 90 minutes prior to the lecture.  If any seats remain empty at that time, we will fill them on a first-come, first-served basis with people in the standby line.