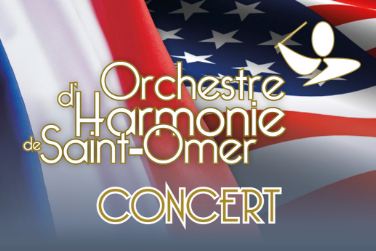 In this collaborative concert, School of Music students will play alongside the Saint-Omer Wind Orchestra from Northern France. This performance is part of an exchange program between Saint-Omer and the State of Maryland to celebrate 300 years of French-American history and culture.

There has long been a special connection between Saint-Omer and Maryland. Around the time of the American Revolution, the Carroll family sent their sons—Charles, John and Daniel—to study in Saint-Omer because there were no Catholic schools in the colonies or in England. The Carrolls went on to become leaders in American and Maryland history and were signers of the Articles of Confederation and the Constitution.

Conducted by Philippe Le Meur, the Saint-Omer Wind Orchestra is composed of about seventy members, both amateur and professional musicians, mostly coming from the local music academy. As Saint-Omer's "town band," it takes an important part in the local cultural life by playing in formal ceremonies or in more festive events and by offering concerts.