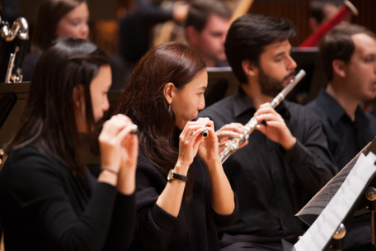 Featuring the world premiere of Oracles by composition faculty member Mark Wilson, the concert will also include James Stephenson’s The Road Home with faculty member Chris Gekker on trumpet and Shuying Li’s The Last Hivemind, which was inspired by the TV series Black Mirror and explores the potentially disastrous repercussions of using artificial intelligence or “hive mind.”