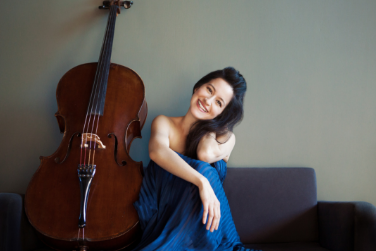 Yumi Kendall joined The Philadelphia Orchestra in September 2004 as assistant principal cello, immediately following graduation from the Curtis Institute of Music, where she studied with David Soyer and Peter Wiley. She began studying cello at the age of five following the Suzuki approach. At age 16, while studying with David Hardy, she made her solo debut with the National Symphony at the Kennedy Center.

The National Orchestral Institute + Festival brings together aspiring orchestral musicians from across the country for a month of dynamic music-making and professional exploration. Chosen by a rigorous, cross-country audition process, these young artists present passionate and awe-inspiring performances of adventuresome repertoire at The Clarice and in the community.