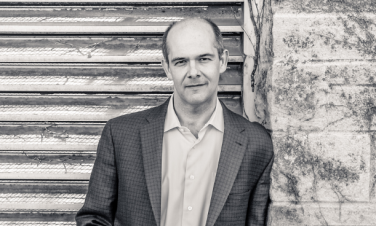 Alexander Kerr’s expressive and charismatic style has made him one of the most accomplished and versatile violinists on the international music scene today. In 1996 at the age of 26, Mr. Kerr was appointed to the prestigious position of Concertmaster of the Royal Concertgebouw Orchestra in Amsterdam, the Netherlands. After nine successful years at that post, he left in June, 2006 to assume the endowed Linda and Jack Gill Chair in Music as Professor of Violin at the Indiana University Jacobs School of Music. In addition to his teaching responsibilities in Bloomington, he maintains a busy concert schedule appearing with orchestras and in recital and chamber music performances throughout the U.S., Asia and Europe. In 2008 he began his tenure as Principal Guest Concertmaster of the Indianapolis Symphony Orchestra and in September 2011, he assumed his role as Concertmaster of the Dallas Symphony Orchestra.

Regarded by the press as a masterful virtuoso with an elegant, old-world sound, Mr. Kerr has appeared as soloist with major orchestras throughout the United States and Europe, working with such renowned conductors as Mariss Jansons, Riccardo Chailly, Peter Oundjian, Robert Spano, Alan Gilbert, Jaap van Zweden and David Zinman.

--
The National Orchestral Institute + Festival brings together aspiring orchestral musicians from across the country for a month of dynamic music-making and professional exploration. Chosen by a rigorous, cross-country audition process, these young artists present passionate and awe-inspiring performances of adventuresome repertoire at The Clarice and in the community.

Become a ArtsPass subscriber to get the best price on tickets, plus access to great subscriber benefits like discounted parking, no booking or exchange fees and other exclusive perks!