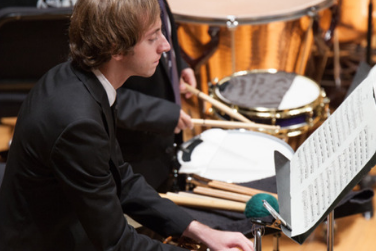 Gustav Holst’s The Planets is an epic orchestral suite that takes the listener on a majestic journey through the solar system. Each of the seven movements represents the number of planets visible from earth at the time the piece was composed, taking on the astrological character of the planet it represents.

The concert will also feature Arvo Pärt’s Cantus in Memoriam Benjamin Britten, composed as an elegy to mourn the loss of the great British composer.

Come an hour early and attend the pre-concert discussion with the music director.