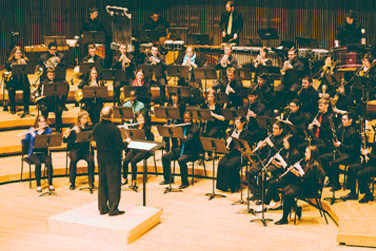 The UMD Wind Ensemble is joined by the Eleanor Roosevelt High School Band for a side-by-side concert that includes band classics such as Morton Gould's Symphony No. 4 "West Point," which was commissioned for West Point Sesquicentennial Celebration, and Persichetti's masterpiece for band, Symphony No. 6.