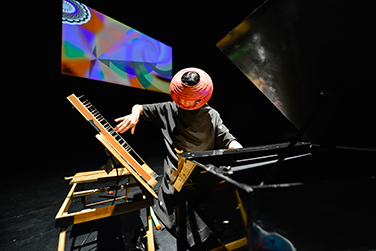 MargaretLengTanProgram.pdf
Margaret Leng Tan has established herself as a major force within the American avant-garde. Tan, whose work embraces theatre, choreography, performance, has been called “the diva of avant-garde pianism” by The New Yorker. She is renowned as a pre-eminent John Cage interpreter (her mentor of eleven years) and for her performances of American and Asian music that transcend the piano’s conventional boundaries. She has been hailed as “the queen of the toy piano” (The New York Times) and “the toy piano’s Rubenstein” (The Independent, UK). In 2015 she celebrated her 20th anniversary as a pioneer of the toy piano. Critics acknowledge her as the world’s first toy piano virtuoso who has elevated a humble toy to the status of a real instrument.

Cabinet of Curiosities is an evening of music-theater works performed on pianos large and small, and all manner of toy instruments from bicycle horns to a hand-cranked music box. Encompassing nostalgia and merriment, the miniature and the monumental, the program opens with David M. Gordon’s Diclavis Enorma, engaging keyboards, microtonal call bells and tape playback. In electro-acoustic pioneer Alvin Lucier’s Nothing is Real, the Beatles’ “Strawberry Fields Forever” wafts from a teapot – now a musical instrument. In the following toy piano set Toby Twining’s melancholy Satie Blues explores the haunting combination of toy piano with piano, while Erik Griswold’s toy instrumental miniatures were written for Margaret’s ability to perform simultaneously on multiple instruments. Tan’s acerbic treatment of David Wolfson’s Twinkle, Dammit! turns it into a toy piano parody of childhood piano lessons. 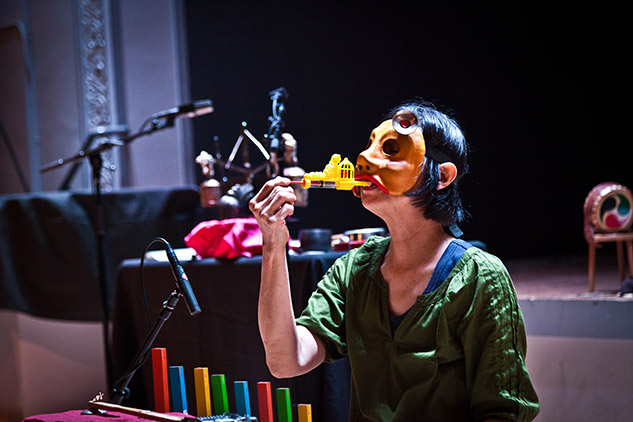