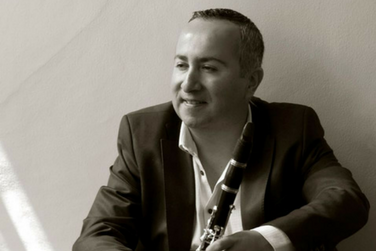 Latin Grammy-nominated Colombian clarinetist Javier Asdrúbal Vinasco is one of South America's most recognized clarinetists. "Vinasco is a virtuoso in every sense of the word, but it is a discreet virtuosity that is always at the service of music," wrote the North American magazine The Clarinet in 2008, about the album Astor Piazzolla / Heitor Villa-Lobos, with which he was nominated, along with the Mexican pianist Edith Ruiz, for the Latin Grammy awards. Vinasco holds a PhD in Music from the Interpretation Area of the National Autonomous University of Mexico, a degree obtained with Honor Mention and the Alfonso Caso Medal, is represented by Colombia before the International Clarinet Association and director of the ClariSax Festival of Medellín.

Since 2008, Vinasco has taught clarinet and chamber music at the Music Department of EAFIT University, where he currently serves as Coordinator of the Master of Music.