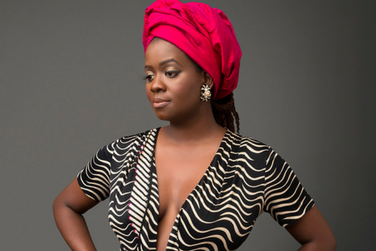 Dreaming Zenzile is a modern jazz play based on the extraordinary life of late South African singer and political activist Miriam Makeba. Written by vocalist & songwriter Somi, the play features both original music and reinterpretations of Makeba’s popular repertoire through the modern jazz idiom and small ensemble arrangements.

Dreaming Zenzile is set in Castel Volturno, Italy on the night of Makeba's final performance. Somi performs the role of Miriam Makeba.  Framed as a meta-performance, Makeba moves between the memory and evocation of real and dreamed experiences about her life journey.

This project is largely inspired by Somi’s recurring dreams of being in conversation with Makeba that Somi began having after the loss of her father. During those conversations, Makeba would try to explain life choices Somi made as a professional artist to her father despite what he might have traditionally expected of Somi as an African woman by using Makeba’s own life in America as an example he might better understand. The piece, therefore, is a reflection on both Makeba’s biography and of those dreamed conversations. The word “Zenzile” is actually Makeba’s true first name, which means “you have done it to yourself” in her native language of Xhosa. In short, this work is meant to be an exposition of the burdens and freedoms that accompany the gift of song.

Produced in association with Octopus Theatricals