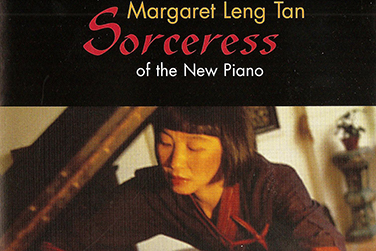 Sorceress of the New Piano

10 years in the making, a film by Evans Chan traces the artist’s life, career and pianism.

Strumming the strings of a grand piano like a harp and performing Beethoven on toy piano are among the surprising scenes in Evans Chan’s documentary, Sorceress of the New Piano (2004), which celebrates the trans-cultural career of Singapore-born, New York-based pianist Margaret Leng Tan, hailed by The New Yorker as “the diva of avant-garde pianism”.

“an exciting work of art in itself”
—Tim Page, The Washington Post

Magaret Leng Tan will introduce the film and will take questions from the audience following the screening.