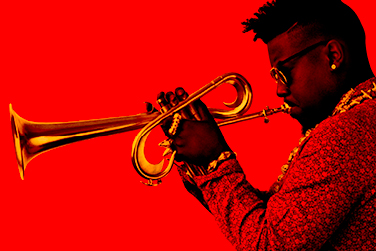 Grammy-nominated trumpeter Christian Scott aTunde Adjuah is a modern musical innovator. A lover of jazz rooted in the conviction that all forms of musical expression have something to offer, he is hailed as the father of Stretch Music, a genre that strives to stretch jazz’s conventions to encompass as many other musical forms, languages and cultures as possible. From his critically acclaimed albums to his epic NPR Tiny Desk Concert, Scott’s trailblazing sounds and compelling presence consistently elicit palpable emotional responses from rapt audiences.