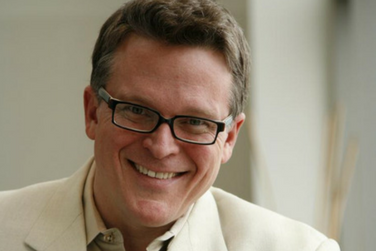 This summer, renowned conductor of the Cincinnati Pops Orchestra John Morris Russell, kicks off 2017 National Orchestral Institute + Festival season! Known for his boundless enthusiasm for music of all kinds, and consistently praised for his visionary leadership, Russell leads a program of pops favorites from the worlds of opera, theater and Broadway. We spoke with him about his eclectic vision for the orchestra of the future, his passion for working with young musicians and one unforgettable performance.

What inspires you to work with young orchestral musicians?
First of all, I have always felt a strong urge to “pay it forward.” When I was just starting out in music, I benefited immensely from a handful of mentors who were encouraging, inspiring and every once and a while, opened the right door for me. It’s important I return the favor to our young players today. It’s a thrill sharing insights I’ve gained from working with some of the world’s greatest musicians, with a new generation of music makers. These are the kinds of things you don’t find in books. Orchestral music is such a competitive environment, especially in a world that seems increasingly indifferent to our art. Whatever I can do to energize and empower those choosing this craft as a career, helps to keep orchestral music relevant and vital for the future. It’s also a great learning experience for me – it’s a two-way street – I am totally jazzed by the unbridled enthusiasm and passion from these young players.

How do you envision the symphony orchestra 50 years from now?

Though the world around us seems to be in a perpetual state of radical change, the orchestra will always represent our most extraordinary musical experiences. Fifty years from now, I hope we will continue to pass on the most noble traditions of the past while performing a half-century’s worth of new soundscapes that continue to tell the story of humankind.

As orchestral music becomes more and more stylistically diversified, it will require a broader skill-set, and higher level of musical sophistication and knowledge of it’s practitioners. It has been heartening over the past couple decades to see many of the “stylistic” walls come tumbling down; jazz, opera, rock, hip-hop, pop and musical theater can be found on both classical and pops programs. As Edward “Duke” Ellington said, “If it sounds good, it IS good.” It is as important for orchestral musicians to know how to play big-band swing as it is to play the nuances of Baroque style; how to rock, or play a Beethoven symphony, or a hip-hop groove. As our art continues to evolve, our musical skill set must expand to develop more and more ways to express beauty. That goes for next week, or a century from now.
Please share a memory of a particularly moving orchestra concert that stuck with you in some way.
Growing up in Cleveland, I was a bit of a musical snob. Of course, it is not hard to be, when your hometown “band” is one of the world’s most esteemed orchestras. Anyway, one of my early professional gigs was associate conductor of the Savannah Symphony Orchestra and in my first season I led the SSO on a week long tour of small Georgia towns – a world away from the European capitols where I thought my career should take me. In the middle of the tour, we found ourselves in Sautee Nacoochee, Ga., population 3,907. On the bus traveling through a sea of cotton fields, we joked that the Sautee Nachoochee Performing Arts Center, where we planned to perform that evening, was going to be a barn. It was. A crowd gathered to welcome us as we pulled in, and as we exited the bus we were cheered like heroes. They had set tables for us outdoors heaped with fried chicken, collard greens, black eyed peas, succotash, mac and cheese, candied yams, buttery cornbread, pecan pie and peach cobbler and buckets of sweet tea – all organic, home-grown and homemade. It seemed our hosts expected this to be the biggest cultural event of the year, and for goodness sake, we needed to be well fed. The barn was packed. There were people LITERALLY hanging from the rafters; folks in tuxedos and gowns squeezed in next to farmers in overalls and sun dresses, while the kids sat cross-legged at our feet. This was definitely not how it was done at the Musikverien in Vienna.

The performance was nothing short of electric from start to finish. As we performed Mendelssohn’s A Midsummer Night’s Dream Suite, there was a tsunami of applause between every movement. Every. Single. Movement. When we ran out of encores, we played them again. I have rarely experienced so much love, so much appreciation, and so much sheer joy emanating from BOTH sides of the stage. I learned a lot that night: that amazing music making does not have an address, that lovers of great music are everywhere, and that the most thrilling experiences come when we all are engaged in making life beautiful for one another.