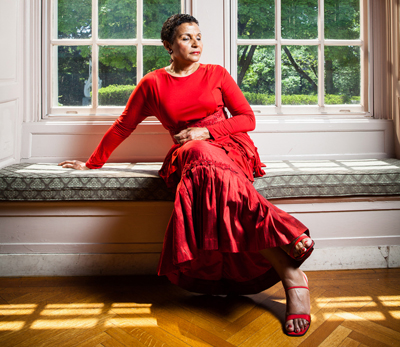 The most moving experience I’ve ever had actually didn’t happen on stage.

The story starts when I was eight years old. My father had a radio and television shop in the basement of our home where he would just tinker around with things, lots of machines that had lights, knobs and dials.

I think what happened in that instant was that I was awakened to the idea that singing — singing in that style — was something I could do.

One Saturday, I heard the sounds of someone singing in the operatic classical style, coming from a radio in his shop. And it drew me like a magnet to the top of the steps. I called out, “Dad, who is that? What is that?” He said, “Well, that’s opera and that singer is Leontyne Price.” I was mesmerized. I was supposed to be cleaning the house and I remember distinctly that I went back upstairs, turned on the vacuum cleaner and started trying to imitate the sounds I had heard. I think what happened in that instant was that I was awakened to the idea that singing — singing in that style — was something I could do.

Years later, Leontyne Price would come to Washington, DC to do live recitals. I went to every one, and every time I went back stage and got her autograph. After a while she started to recognize me and I just considered that we were friends from that point.

But what I’m getting to is this: I was in San Francisco, where I had been hired by Maestro Kurt Adler to sing on stage with Marilyn Horne in Tancredo. In that same season Leontyne Price was singing in La Forza del Destino there. I was coming out of a stage rehearsal, walking down a hallway in the old War Memorial Opera House, and at the other end of the hallway I saw Leontyne Price, walking toward me. I looked at her and she looked at me and she said, “I just came from your rehearsal. You were stunning.” And we embraced. There was no one in the hall. I was standing there with the voice that inspired me to sing. Every time I think about it I just well up, because I don’t think people get to meet their idols very often let alone hear from them their response to their work. That, to me, was one of the most moving moments ever in my life.