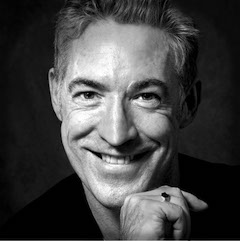 American composer and pianist Martin Hennessy has been named winner of the first annual University of Maryland (UMD) Opera Composition Contest. As the recipient of this award, Hennessy will receive a commissioning grant to collaborate with librettist Tom Rowan on their adaptation of Oscar Wilde’s The Young King, a parable that addresses wealth and income inequality.

The UMD School of Music’s Maryland Opera Studio (MOS) and The Clarice’s Artist Partner Program (APP) established the UMD Opera Composition Contest as part of their ongoing dedication to cultivating and performing new work. A panel of faculty and artistic curators from both partners reviewed over fifty opera proposals that addressed socially relevant themes.

Craig Kier, Director of MOS said of Mr. Hennessy’s work, "The committee and I were impressed with Mr. Hennessy’s compelling proposal as well as the quality of vocal writing his repertoire encompasses.  His proposal was a standout amongst a strong field of applicants that illustrates the importance of creating opportunities for composers and librettists to workshop new work for the opera stage.  We’re thrilled to have established an annual competition that allows our young singers to work with composers and librettists throughout their tenure at MOS and also allows our audiences to observe and connect with the process of creating new work."

As part of this project, Mr. Hennessy and Mr. Rowan will work with the MOS artistic team and singers throughout two residencies this year. First-year MOS students will perform The Young King as a semi-staged performance with piano for the annual MOS New Work Reading on February 10, 2017. Excerpts of the work were previewed in a reading at The Clarice’s NextNOW Fest on September 9.

Martin Hennessy is best known as a composer for the voice with a growing catalogue of art song, chamber music, opera and music-theatre. He has received awards from ASCAP, Meet the Composer, the American Music Center and New Dramatists. His Ben Jonson Songs won Grand Prize at the San Francisco Song Festival and he has been honored with Copland House and Millay Colony residencies as well as commissions from the Estate Project for Artists with AIDS and the Five Boroughs Music Festival. His opera A Letter to East 11th Street (with a libretto by Mark Campbell) was the featured winner of the 2014 Domenic J. Pellecciotti Opera Composition Prize and was premiered by the Crane Opera Ensemble at SUNY Potsdam. His music has also been presented by Guggenheim Works and Process, American Opera Projects, Mirror Visions Ensemble, Harvard Ballet Company, Dancers Responding to AIDS and New York City Opera’s Vox Series.  Explore his work at www.martinhennessy.net.

Tom Rowan is a playwright, author, and a director of plays, musicals and opera. His produced plays include Kiss and Cry (GLAAD Media Award Nomination), The Second Tosca, Faye Drummond, and The Blue Djinn (music by Martin Hennessy; voted Best Short Play in the Fresh Fruit Festival, 2014). Tom’s many directing credits include A Little Night Music, A Midsummer Night’s Dream (Denver Drama Critics Circle Award for Best Director), Master Class, and the fortieth anniversary New York production of A Chorus Line (Queens Kudo Award for Best Director of a Musical, 2016). He is the author of the book A Chorus Line FAQ: All That’s Left to Know About Broadway’s Singular Sensation, published by Applause Theatre & Cinema Books in 2015.