Far From The Norm: BLKDOG

Far From The Norm: BLKDOG 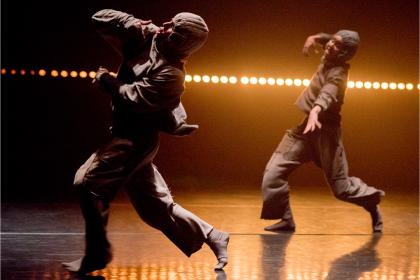 Vital and gripping, the Olivier-award-winning BLKDOG is Botis Seva’s haunting commentary on surviving adulthood as a childlike artist. A genre-defying blend of hip hop dance and free form antics, BLKDOG explores the inner battlefield of an aging artist trying to retain his youth.

With music from long standing collaborator Torben Lars Sylvest and performed by Botis’ powerhouse company Far From The Norm, BLKDOG searches for coping mechanisms in the ultimate hunt for acceptance.

BLKDOG is co-produced by Far From The Norm, Norrlandsoperan and Sadler’s Wells and supported by Arts Council England. This engagement of Far From the Norm is made possible through the ArtsCONNECT program of Mid Atlantic Arts Foundation with support from the National Endowment for the Arts.

Tickets for this performance will go on sale soon.

Tickets for this performance will go on sale soon.