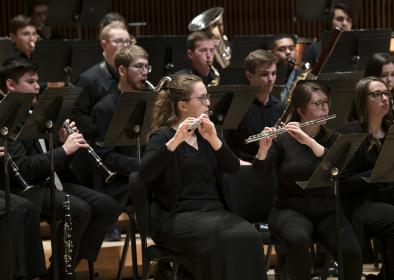 AWSO is a unique ensemble that travels to various cities within the U.S. and aboard a barge named Point Counterpoint II, which travels to a suitable river bed in a town and performs a concert from its floating stage. It also houses an art gallery below deck. In addition to leading this ensemble, Boudreau has commissioned over 400 new works for wind orchestra by diverse composers stationed all over the globe. Two pieces from his collection—Luboš Fišer’s Report and Jacques Castérède’s Divertissement d'été (Summer Pastimes)—will be featured on this concert, joining the many works that the UMD Wind Orchestra (UMWO) has performed over the years from Boudreau’s commissions. Richard Wagner’s Trauermusik (Funeral Music), Percy Grainger’s Lincolnshire Posy and Richard Strauss’ Suite, Op. 4 will also be featured on the program. 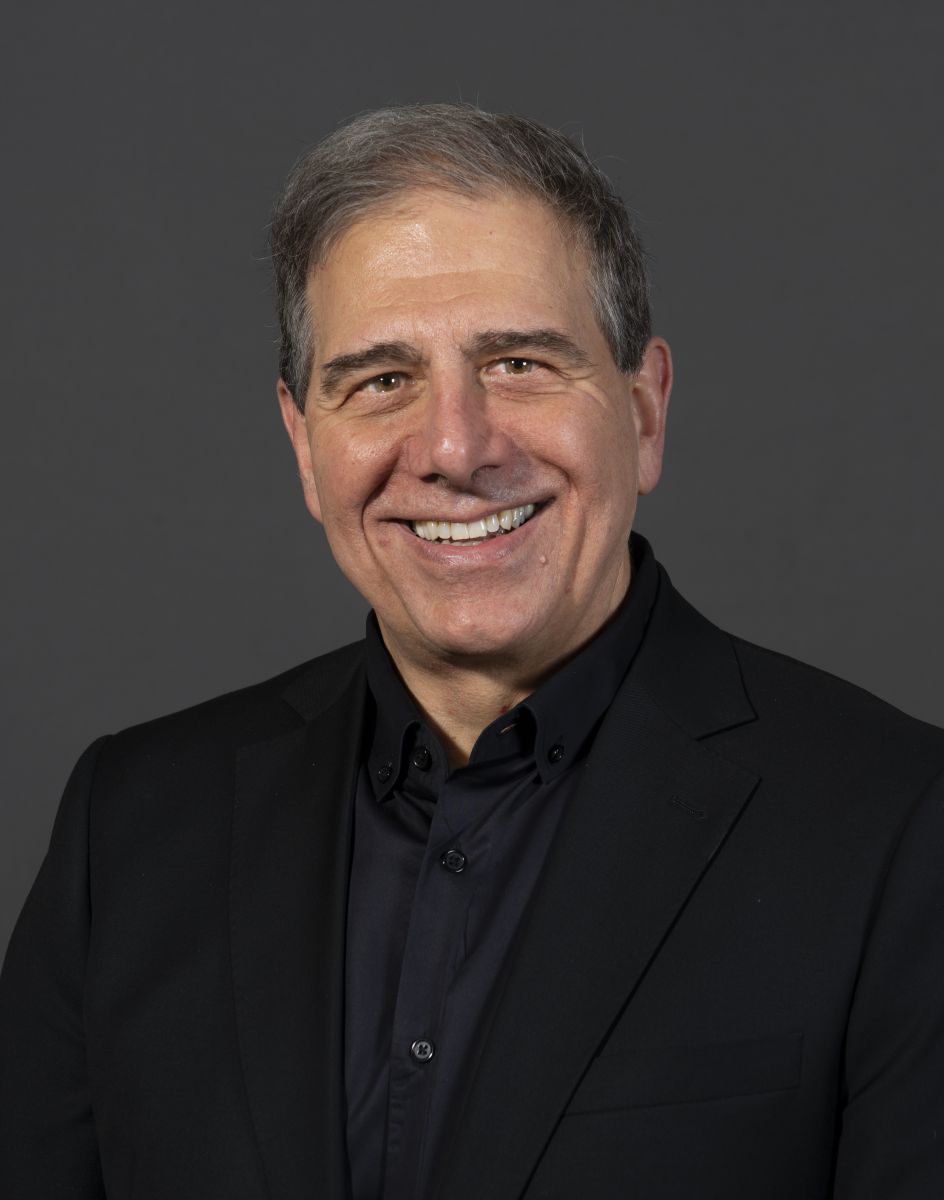 ROBERT AUSTIN BOUDREAU is the kind of man one is likely to meet only once in a lifetime. He is a man who makes impossible dreams come true; a man who has committed his life to the arts; a man who never loses sight of the way in which education can propel young people out of a life of poverty and into a life enriched and enhanced by music and art. Chances are he is also the only orchestra conductor in the world who also skippers a 195-foot barge!
Boudreau’s biography is a prime example of the way education changes lives. As the son of a chicken farmer-factory worker, Boudreau grew up in Massachusetts with little prospect of leaving his rural roots behind, until the day he picked up a trumpet and began to make music.
His talent soon took him to Juilliard, where he earned both undergraduate and graduate degrees, and then to Paris as a Fulbright Scholar at the Paris Conservatory. He also found time to earn a degree in English literature from Boston University.
Early in his career, Boudreau performed with the Metropolitan Opera Orchestra and the Edwin Franko Goldman Band. He taught music in various colleges before taking a position at Duquesne University in Pittsburgh. His first sight of that city’s three mighty rivers—the Allegheny, the Monongahela and the Ohio—caused him to dream of a floating orchestra of woodwinds, brass and percussion playing free concerts aboard a barge, and traveling to riverfront cities and towns both near and far.
Aided by funding from the Pittsburgh-based H.J. Heinz Company, Duquesne University and others, Boudreau founded the American Wind Symphony Orchestra in 1957, and christened the barge that became his floating stage, Point Counterpoint.
Through the following two decades, Boudreau’s reputation and that of his orchestra grew to such an extent that a new vessel became necessary. Famed architect Louis I. Kahn designed a self-propelled work of art that was named Point Counterpoint II. Since its launching in 1976, the ship has sailed more than 500,000 miles, and the orchestra has enchanted audiences in America, Canada, Europe, Scandinavia and the Caribbean.
Taken alone, the travels of Robert Boudreau and his orchestra create an unparalleled saga of arts on the move. But, he has also commissioned an unprecedented 400 works of contemporary music by prominent composers worldwide. And more than 1,500 young musicians have successfully auditioned for the orchestra, many going on to outstanding performing or teaching careers.
Boudreau has formed offshoots of the orchestra into educational, community and school-based initiatives that give young people a chance to turn their lives around through the study of music. And, not least of all, he has been a champion of environmental protection, touring the world’s waterways and celebrating the natural beauty of the earth.
Often called the modern day “Music Man,” Boudreau has been knighted by the King of Sweden for his universal goodwill efforts. He and his orchestra were allowed into the closed society of Soviet Russia in 1989, and were given extraordinary leave to find housing in private Leningrad homes.

Time magazine once wrote, “It may be that there is no greater innovative force in American music than Robert Boudreau.” 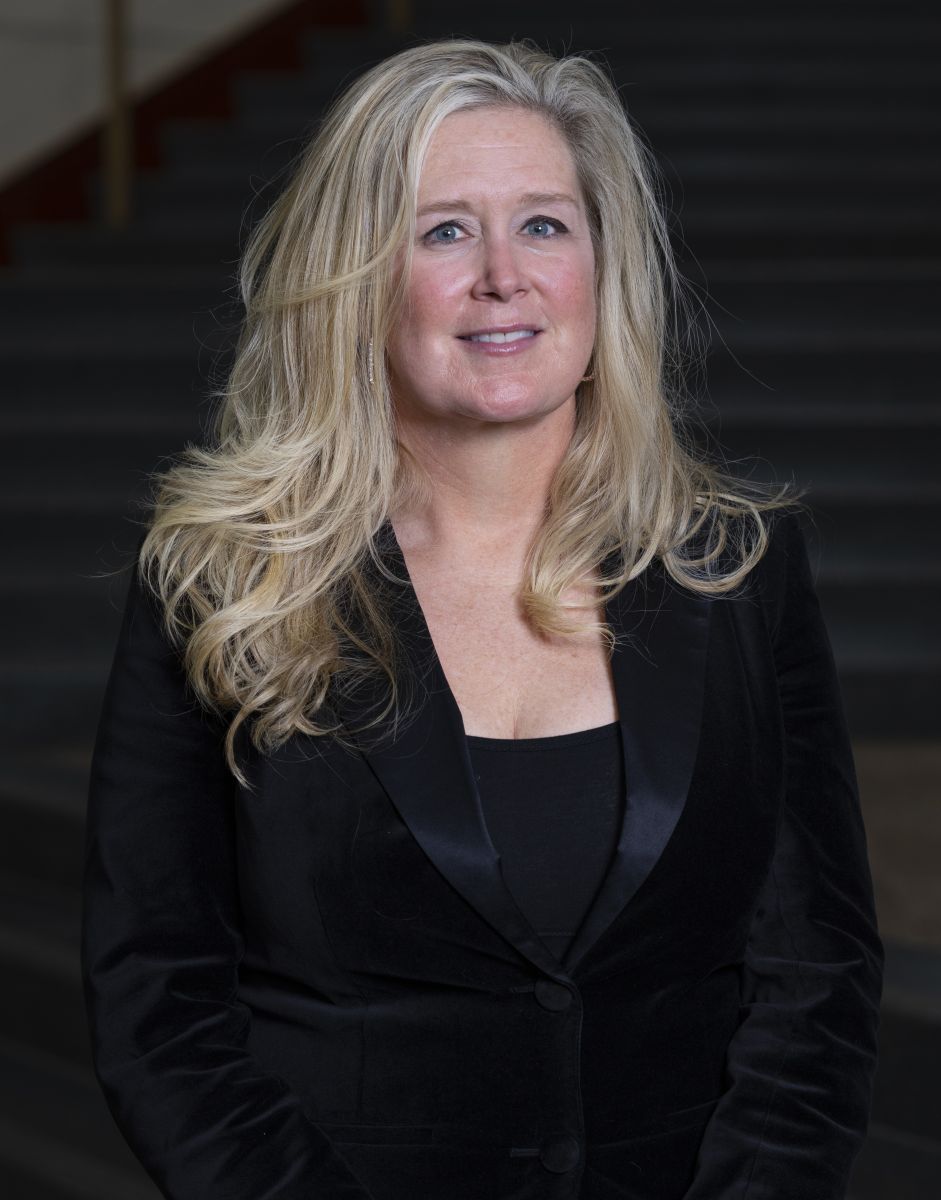 ANDREA E. BROWN was appointed the associate director of bands at the University of Maryland, College Park in 2018. In this position, she conducts the University of Maryland Wind Ensemble (UMWE), serves as the director of athletic bands and teaches conducting. Brown is formerly a member of the conducting faculty at the University of Michigan, where she served as the assistant director of bands and was a faculty sponsor of a College of Engineering Multidisciplinary Design Project team that researched conducting pedagogy technology. She also served as the director of orchestra and assistant director of bands at the Georgia Institute of Technology in Atlanta. She is a frequent guest conductor, clinician and adjudicator in the US, Europe and Asia.
Brown completed a D.M.A. in instrumental conducting at the University of North Carolina at Greensboro (UNCG), where she was a student of John Locke and Kevin Geraldi. While at UNCG, she was both guest conductor and principal horn on UNCG Wind Ensemble's “fireworks!” and “finish line!” CDs, both released on the Equilibrium label. Brown has also had several rehearsal guides published in the popular GIA Publications series "Teaching Music Through Performance in Band." She has presented at the Midwest Clinic in Chicago; Oxford Conducting Institute; Music For All Summer Symposium; the Yamaha Bläserklasse in Schlitz, Germany; the International Computer Music Conference in Ljubljana, Slovenia; the College Music Society International Conference in Sydney, Australia; and the College Band Directors National Association (CBDNA) National Conference.
A proponent of inclusion and equity issues in the music profession, Brown is a frequent guest speaker on these topics. She currently serves on the CBDNA Diversity Committee and is a member of the Drum Corps International In Step Committee. Brown is the founder of Women Rising to the Podium, an online group of over 4,100 members supporting and celebrating women band directors. Additionally, she also serves as the chair of the Sigma Alpha Iota Women’s Music Fraternity Graduate Conducting Grant and as an advisor of the SAI chapter at the University of Maryland, College Park.
Brown previously served on the brass and conducting instructional staff of the DCI World Champion Phantom Regiment (2004–17). Other marching organizations she has instructed include the U.S. Army All-American Marching Band and Carolina Crown. Brown will serve as a music judge for Drum Corps International in the next active season, and she was nominated to become a member of the John Philip Sousa Foundation Sudler Shield Jury in 2021.
As a performer, Brown was a member of the AA Brass Quintet, which won the International Brass Quintet Competition hosted by Fred Mills at the University of Georgia. She performed with the horn sections of the Boston Brass All Stars Big Band, North Carolina Symphony, Winston-Salem Symphony and the Brevard Music Center Orchestra. Brown has studied brass performance and pedagogy with Abigail Pack, J.D. Shaw, Jack Masarie, Freddy Martin, Dottie Bennett, Randy Kohlenberg, Richard Steffen and Ed Bach.
Originally from Milan, Tennessee, Brown is a graduate of Austin Peay State University and earned a Master of Music in horn performance and a Master of Music in music education with a cognate in instrumental conducting from UNCG. Prior to her positions at Maryland, Michigan and Georgia Tech, Brown was the assistant director of bands at Austin Peay State University and taught at public schools in Milwaukee, Wisconsin, and Dallas, Texas. She is a member of Phi Kappa Phi, Pi Kappa Lambda and CBDNA. She was awarded the Rose of Honor as a member of Sigma Alpha Iota Women's Music Fraternity, and is an honorary member of Kappa Kappa Psi and Tau Beta Sigma. 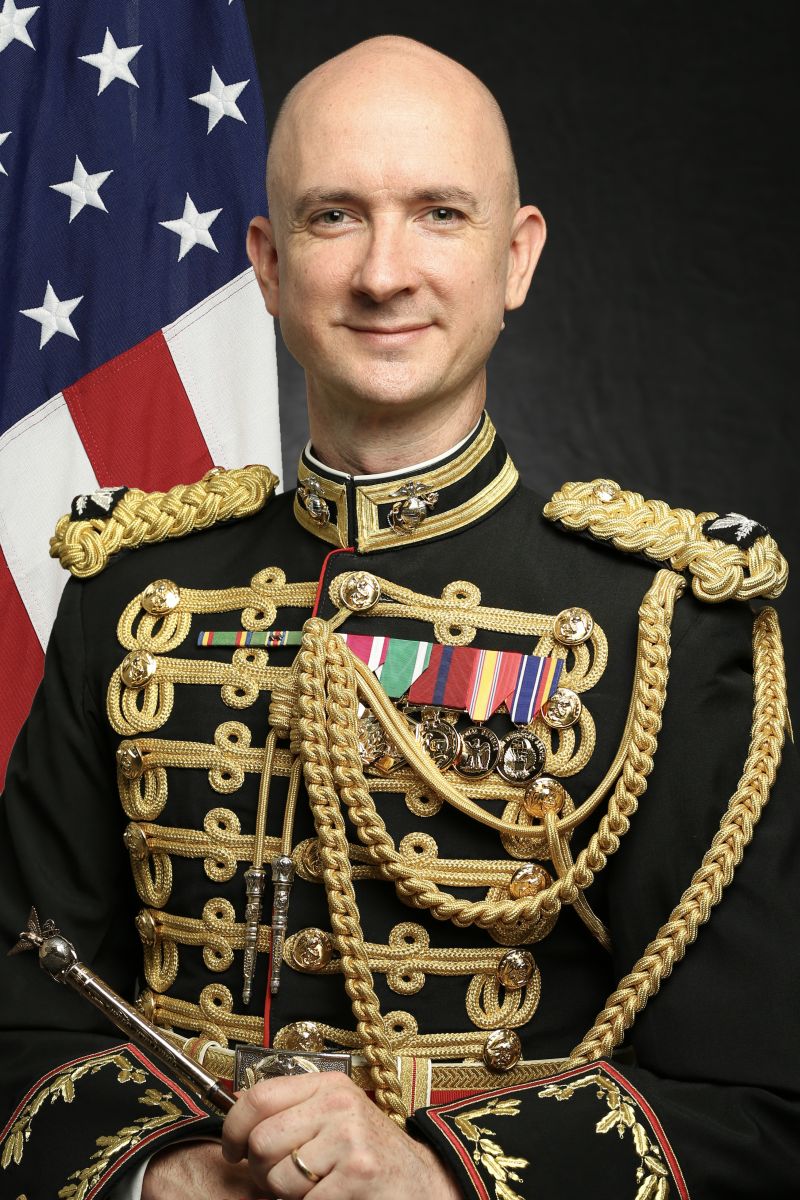