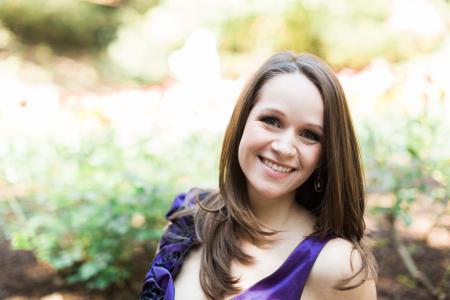 A graduate of the Cleveland Institute of Music with a Bachelor’s of Music in Piano Performance, Yarina has worked at The Cleveland Orchestra and at Classical Movements, a premiere concert touring company. While working at The Cleveland Orchestra, Yarina managed all operations of three youth choruses, in addition to working with the renowned Cleveland Orchestra Chorus. During her time with Classical Movements as Senior Operations Manager, Yarina arranged tours for The Minnesota Orchestra, Cincinnati Symphony Orchestra, Baltimore Symphony Orchestra, in addition to running an international choral festival in Washington, DC. She has arranged concert tours for ensembles to the following countries: Estonia, Latvia, Lithuania, Japan, Brazil, Russia, Cuba, Trinidad and Tobago, Canada, Turkey, Georgia, Scotland, France, England, Spain, and China, as well as many cities across the United States.

Yarina emigrated from Moscow, Russia in 1994 and currently lives in Northern Virginia with her husband, a musician in the Pershing’s Own Army Band, and their Irish Doodle dog, Cooper.